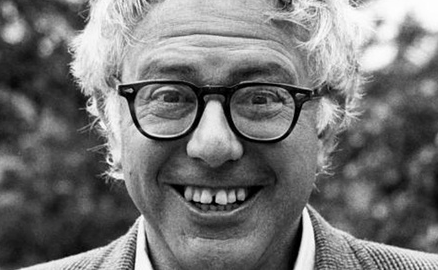 Bernard Sanders grew up in Brooklyn in an orthodox Jewish family, attended a Hebrew school, later studied at Brooklyn College and transferred to Chicago University for a BA in Political Science, his only degree. He attributes his “mediocrity” to lack of interest in studies, because he wanted to be more involved in community organizing, going out, not staying home with books. Another reason? He admired Hitler, as he says, for the power Hitler had over people. He was fascinated with this power and always wanted to follow a political career leading to such a position.

As a Young Socialist (member of the Socialist Party of America) he organized the first Chicago sit-in, protested housing discrimination, and marched on Washington in 1963 to hear Martin Luther King in person. Of course, he met Saul Alinsky and Noam Chomsky, even before he ran as a Democrat for Mayor of Burlington. No-one ran against him on the Republican side… He was a good mayor, they say, improving all public areas, making everything he could public: park, science center, embankment, housing…

You can do that with a small town or even a small country, such as Denmark (population 5mil.), not with a country the size of the United States! Why? We want the individual to have the power. The power of each of us rests in how capable we are, how hard we work, what we earn and reinvest of our own volition. In short, private property equals freedom. Take away property, collectivize it, you have a nation of slaves.

Of course, socialism is based on abolition of private property and government distribution of your labor, your healthcare, and all freedoms and rights. Socialism is only a transitory stage to communism, as defined by Marx and Engels in their Communist Manifesto in 1848. Interestingly, community organizing and public speaking are foundations of the “rule from above,” which lies at the core of socialism: economy is planned, directed, by the Party apparatchiks. Politics are based on economy.

What is more, as a member of Socialist Youth and Socialist Party of America, Sanders knows only too well that Marx adopted his idea of accrued property value from Locke, who defined the product of labor as accrued value, part of the individual producing the item which the individual puts on the market, either as a service or a good. Locke’s theses (First and Second Treatise on Government) were rebuttals of Sir Robert Filmer’s Patriarch and Hobbes’ Leviathan, works which confirmed the patriarchal system of government, subservience to the king (note, for example, that all legislature in Denmark must still be approved by the King).

Marx turned Locke against him when he stated: let us take back the accrued value (taken away by the evil capitalists) and let the “proletariat of the world unite!” This thought leads to the abolishing of free market economy (tax Wall Street till there is no Wall Street) and obliterating of the state as an entity: true communism is borderless – the world must unite as one proletariat.

Thus, Marxism is very similar to radical Islamism. Some of the arguments are rational, but not realizable – unless the end is total subjugation and tyranny, which always ends in tyrant’s death and a new bloody revolution… Please stop calling for a revolution! We must understand that a utopia is called “utopia” for a reason. All such idealistic progressive thoughts date back to Plato’s Republic and Thomas More’s Utopia (1516). Utopia means “ou-topos” (Gk. “no place”) and “eu-topos” (Gk. “good place”). No place is a good place – for a communist-socialist ideologue.

Whichever tail of the coat of socialism you grasp, be it economy or social polity without borders, it is not realizable in practice: whenever socialism arose, as I personally witnessed, it destroyed the individual, resulted in corruption and fear, and marred several subsequent generations of people.

It should be noted that socialism is founded on mediocrity – which is probably why Sanders has always viewed mediocrity as positive, dedicating himself to the “life of the community,” as he said, not to studies. After all, mediocre people are easy to subjugate – they have little personal aspiration beyond food and shelter, and – more importantly – ignorant of everything else, they are easy to indoctrinate. Sometimes, as was the case with Sanders, self-indoctrinate…

Having been in Congress since 1991, Sanders is an ultimate insider. Yet, his only education is a BA in political science. His wife, Jane O’Meara, is a community organizer (BA in social work) with a doctorate in “leadership studies” from Union Institute (experimental, distance-learning “university” founded in 1964, which went bankrupt and was disbanded in 1982, then revamped, later purchasing Vermont College from Norwich University, VT). Today, the ultra-liberal descendant of the Union Institute offers Ph.D. in “interdisciplinary studies.” Is this how we want to educate our youth?

Finally, Jane Sanders O’Meara was a social worker and community organizer in Burlington, where Sanders was Mayor. She became President of Burlington College, but had to retire in 4 years, fired for causing “a toxic and disruptive environment.” Her salary was $160K, severance pay $200K. Today, Jane Sanders O’Meara is the one who decides everything regarding Sanders’ policy and appearances. As he says, she is “one of his key advisors, administrative & policy adviser, chief of staff and media buyer” and, interestingly, Sanders credited her with drafting more than 50 pieces of “his” Congressional legislature.

Shall we vet our candidates or stay complacent and elect another puppet in the hands of political hacks and ideologues – this time the one who looks up to Hitler and Marx as paragons of political power?

"The Best Kind of Hate"