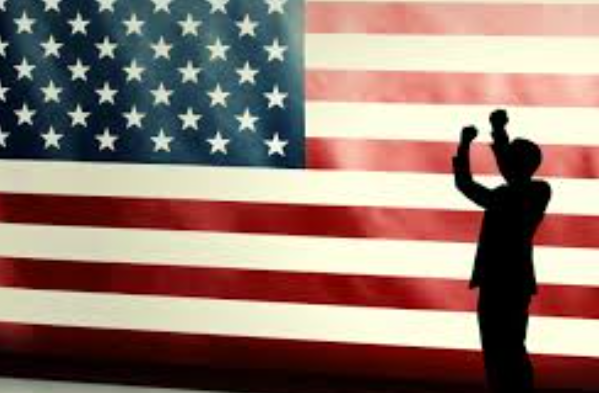 When I say that I am “conservative,” what I mean is that I like my habits and routine. As a political conservative, I have a strong moral persuasion (not necessarily of a particular denomination), I do not like experiments with society, I do not believe in free “stuff,” and definitely disdain governmental apparatchiks with their intrusions into the way I live and do my business. In brief, I am a conservative because I love America and capitalism. I want to mind my own business and want everyone else to mind theirs.

In general, what defines us as conservatives is the belief in small government which is a necessary evil and should intrude as little as possible into the Pursuit of our Happiness, founded on achievement and personal property, wherein our liberties are anchored. When the government is taking away our rights and property, tyranny arises. Many conservatives would also state that God, Marriage, and Pro-Life are the doctrines they espouse.

The overarching component of conservatism is national security, powerful military and respect for the police force, many of whom are military veterans. As long as these principles are above all others, we are willing to consider more liberal measures, such as social support for the truly needy or immigration quota provided refugee status is legitimate and there is proper vetting (the person is not just a freeloader coming here to use US or do us harm). Is healthcare a right? No! Is education a right? No! Is a certain income a right? No! You get as much as your work is valued by the market – and you can buy as much healthcare and education as you can afford. That is conservatism.

This may sound harsh but it is decidedly more fair than government redistribution of wealth and property, which always leads to cronyism, creation of a privileged class, and fear of the individual vis-à-vis the mass. Why? Because the individual does not matter – only the State does. Imagine what a nation of one billion slaves, such as China, could do if they had a real democracy and real market economy – not one fiddled and fudged by the Party higher-ups. Imagine how happy and strong people in Iran would be if they did not live in a totalitarian theocracy but a country based on individual rights and achievements!

We live in a country founded on principles, the key one being that all people are created inherently equal. Thus, we can only differentiate ourselves through our own efforts, and not by the means of “redistribution,” i.e. what someone gives us or what we (or they) steal from someone else. America is the best country in the world because all true Americans (excluding socialist “AINOs”) know that money is a byproduct which represents hard work – it is a gift back from the society to the individual who worked hard and thus deserves the means to purchase property, healthcare, education… Government is useless where market is at work, because all of US speak through the market, not just a select few “experts” or what-difference-does-one-human-life-make-anyway apparatchiks.

Yet, I sometimes find myself wondering whether the so-called “principled conservatism” does not go too far: whether our unbending Faith, the idea that the institution of marriage is between a man and a woman only, and abortion is a sin – whether all these basic percepts of principled conservatism do not hold us back from unifying as a country and being stronger than we currently are. What Carter called “malleability” of Donald Trump and Beck his “populism” are precisely the facets which differentiate Mr. Trump from “principled conservatism” – and which may enable him to win a general election.

On the one hand, one should never be so adamant and principled as to be stubbornly closed to the outside world; on the other, one should never compromise one’s principles if it should change our moral and ethical core. For example, to protect life in all its forms is a fundamental principle anchored in our Declaration of Independence as well as our Constitution. When in doubt about the meaning of the Law of the Land, we ask the Supreme Court for clarification; but the High Court does not always seem to “get it right” – and we are left wondering why.

Take Roe v. Wade. This 1971 “trimester based” decision, which balanced the woman’s right to privacy (unstated in but supposedly implied by the Constitution) with public interest of the baby, created two camps of unhappy campers. Justice Scalia was one. The Supremes revisited the issue in PP v. Casey twenty years later, deciding, on a more “sophisticated ground” that if the fetus is able to live outside the womb, it enjoys constitutional protections. Common sense tells us that there is something decidedly wrong with such a way of thinking, if only because it has to be judged on a case-by-case basis. Roe was perhaps better, because of the balancing test, but even that decision undermines our deeply held belief that all life is sacred.

Atheists may smirk – until one of them has an abortion only to find out that she can no longer become pregnant. There is more: you will never stop asking yourself – what that child would have been like today; or there may be another child who will always miss that slaughtered sibling… and that lack, that lacuna, that gap in your life will be there till you die! With regret, you will realize that no-one is truly “unwanted” and that every human being is capable of love, if love is given to them. Why! Conservative principles stand on thousands of years of human experience and wisdom!

Nonetheless, for political purposes, in order to compromise and give to God what is His and to Cesar what is Cesar’s, we must distinguish between contraception and abortion, marriage as a church institution and a state sanctioned contract, and we should understand atheists as people in search of moral principles. Unfortunately, they are often misguided, ill-taught and swayed by the power of the State. If so, it may happen that they will relinquish their freedom and bid Cesar to perform what only the Lord can.

I grew up as an atheist in a country which despised religion, where the only God was the State. It was much harder to find rationale and justification for the Good as opposed to Evil in life, and to tell them apart. It was not impossible, with a lot of reading and self-discipline, but where education was government indoctrination and history was purged propaganda, the only truth there was lay in fairy tales, Greek myths and legends – and philosophy. We possessed a few smuggled books, underground truths spoken by the brave: Havel, Skvorecky, Klima… aye, even Orwell found a secret path to my bedroom.

People cheer for a “revolution” today because, although they have free access to undiluted history and information, they do not read and educate themselves. No free college or university will do the work for you! I have known many a Ph.D. as cold and spineless as a curvy and scaly reptile… They had been educated by those state-sponsored universities, you know. Revolution? Once there is a “revolution,” anarchy follows, violence is the product of anarchy. BLM sheep whine about the “police state!” Alas, my friends, you who grew up in this wonderful most powerful democracy in the world, you have no notion of what a “police state” is. It is a state without any personal rights. The only right you have is to keep quiet and toe the line!

We are a country of laws, but we are also a country of principles. You can live by the law and be a good person, but you can also be sentenced under the same law – because the judgment of the law is not a moral judgment. It is a judgment which weighs the interests of one party against the other, often society versus the individual, such as in the abortion cases mentioned above or in eminent domain issues or in every criminal case, where the people (society) sues the individual for an act against the people. It should be our aim to align our laws and our basic moral percepts but this cannot be done if either party remains close-minded.

We must understand that it is sometimes for the greater good to give up our property for fair market value in order for the state (people) to construct a road. Conversely, all people must understand that the powers of the state should never outweigh the rights of the individuals which delegated these powers to the state. Morals begin at home – not in college, university or with the imposition of laws and state powers! Immoral individuals will not be “made moral” by the state. Only moral individuals and personal influence – and love – shall prevail. Therefore, this weighing of “public interest” should start not in the courtroom or on a political platform, but in each person’s heart and mind – for the Nation is only as strong as the sum of individuals that compose it.

In conclusion, principles are not wisdom, but lack of respect for principles is ignorance. Can there be a “principled ignorance?” Only when you know what you do not know and can distinguish between the two, as Confucius said – but then it is not really ignorance, is it?

What Do Girl Scout Cookies, Doritos, and the Collective Voice Have In Common?