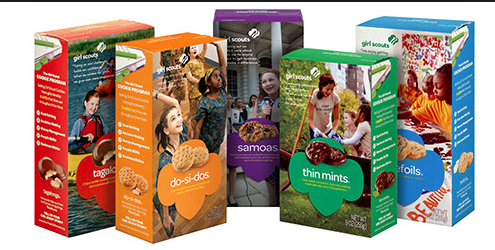 I am a conservative but I often get envious of those on the liberal or progressive side.

The Left have something very unifying that we conservatives often fail to demonstrate- a collective voice. They stand on their convictions, often radically, and use their voice for change. Granted, in my opinion, it is a misguided voice but they know how to rally their supporters to bring about their objective. They boycott, protest, and even lobby to fight for what they believe in.

Why can’t we as conservatives rally those who share our political or social beliefs?

Now don’t misunderstand me. There are plenty of conservative voices who do an effective job rallying support for the convictions we stand upon. There are many people with platforms that I admire: some who have effectively brought about changes both politically and socially. However, you rarely hear about the collective voice in the conservative movement?

Is it because most conservatives want to be hidden from any sort of activism or collective voice protest? Or do liberals have stronger convictions which inspire change? It’s something that I want to understand about my fellow conservatives.

Take for example, two years ago Girl Scouts USA endorsed pro-abortion politicians, Wendy Davis and Kathleen Sebelius as “Incredible Women of 2013.” Many pro-life organizations joined together to promote Cookie Cott 2014, a boycott of Girl Scout cookie sales to inform about this ever-increasing pro-abortion agenda by the Girl Scouts organization. They have also been directly linked to Planned Parenthood, the number one provider of abortions in America. Most recently they endorsed Hillary Clinton as “a voice of good” conveniently in this election year.

The Cookie Cott was to inform conservative parents about the pro-abortion message being spread by Girl Scout headquarters and to try and rally a boycott of cookie sales to send the message that this political posturing by an organization was unacceptable.

The Cookie Cott did rally some support but most social conservatives seemed unmotivated to bring about a change in the organization’s stance because it didn’t affect their little world. Their responses were, “We don’t teach these things in my troop” or “We shouldn’t penalize these young girls for a message that we don’t promote.”

I understand the significance of taking an outward stand, especially under sensitive conditions that include young children who are innocent bystanders. But the collective voice in the liberal agenda counts on this mentality of conservatives, believing we are not willing to step out and do the work to bring about change.

The boycotting of Girl Scout cookies was not about harming innocent children. It was about sending a message that our children are not fodder for political posturing on either the conservative or liberal side.

What would have happened if parents and troop leaders would have rallied together and said we refuse to buy or sell cookies until you make this organization what it was established to be: a program of “service to God and country?” Service without a leftist agenda that takes in the collective voices of all women, even those who stand with pro-life beliefs.

Fast forward to present day and the news of this week. A Doritos Super Bowl commercial gained great media attention after the pro-abortion advocacy group called NARAL (National Abortion Rights Action League) tweeted their offense to the commercial for “using antichoice tactic of humanizing fetuses.” A humorous commercial which was not purposely created to have a pro-life message sparked a media frenzy all because of that same liberal, pro-abortion collective voice.

Many pro-life groups pointed out the lunacy of NARAL for calling a fictional baby in a sonogram as offensive. How does humanizing a fictional nine month baby in the womb, about to be born, become a political tactic?

How can we as conservatives in our collective voices fight such lunacy from left wing organizations? Do we have to immobilize an open-air protest in defense ? Should we create a hashtag movement that highlights the humanity that is in the womb?

There’s nothing wrong with outward activism but I believe we as conservatives have a much stronger, even quieter, collective voice if we would just be willing to use it. Sometimes it’s is not a voice at all. It’s the power of the wallet in buying products or supporting companies that support conservative beliefs. Or it’s collectively agreeing to not financially support organizations that promote those things that we profoundly disagree with, like abortion.

What if we all collectively bought a two dollar bag of Doritos and boosted sales for the Dorito Company and sent the message that there is nothing wrong with humanizing a baby in the womb in a commercial? What a message that would send to the Dorito Company who never intended to make a political statement but was characterized as such, by a liberal advocacy group.

In fact, the prolife message was inadvertently demonstrated by the NARAL protest. Their political posturing backfired and many people now view the Doritos commercial as a celebration of life in the womb.

The collective voice should not just be monopolized by the liberal agenda. The collective voice is a shared voice of values and convictions that a group of people use to bring about change. If we stand on the value of life than use that value. You don’t have to be a part of a protest demonstration and you don’t have to tweet a message out to your followers but you do have to stand on your principles. And sometimes that means getting out of your little world and looking at the bigger picture. It means buying Doritos to promote the value of life in the womb. It means not buying Girl Scout cookies and just giving directly to a local troop to send the message that it’s not okay to politically motivate our children.

The conservative collective voice has great potential if we just agree to collectively use it!

What Is Principled Conservatism?