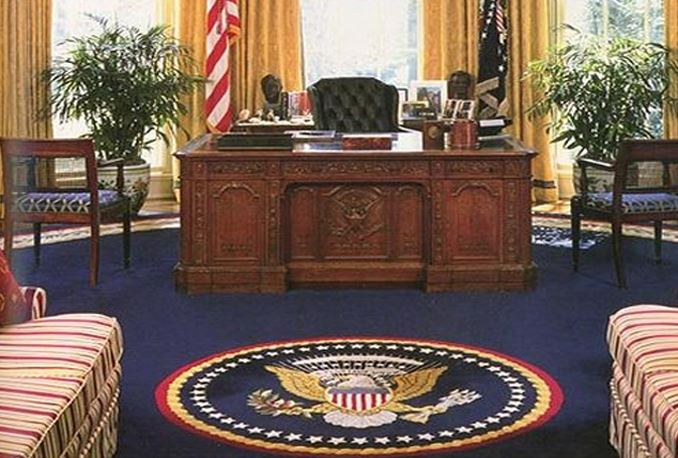 Election season is not much different than the recent celebration of the Christmas season or the recent infatuation with Valentine’s Day. Believers, in the Christmas season, anxiously await the celebration of the coming of The Messiah and those hoping for the public acknowledgement of someone else’s affections, anxiously await a gift confirming their shared affections.

As with many holidays, hope runs high as we decorate our homes, offices and even our cars, with reminders of the upcoming celebration. Lights, wreaths, candles, paper hearts, etc.  Each holiday brings about special consideration and care, when showing our appreciation of the season.

It isn’t much different, once presidential candidates begin announcing their bids for the free world’s highest office. Cardboard signs begin to appear in front yards and eventually on street corners.  As traction begins to grab hold and fundraising comes in, bumper stickers are applied to cars, while some supporters don shirts and hats with their hopeful’s name and slogan.  As the field of hopeful’s winnows, supporters become even more vocal of their choice of candidates.

Advertising campaigns begin to tout the best person to save our ‘fledgling’ country. This is where it gets exciting.  Candidates past words are carefully selected from previous sound bites and edited to fit their opponent’s message.  Unbecoming still images of candidates with snarled faces or blank stares, accompany the carefully selected voiceover message, with the sole intention of placing one candidate above another.

Social media fills with rhetoric, defending each and every candidate. Friends are gained and lost with the phrase, “I support __________”.  People freely tell one another how they are uneducated about people and candidates and should just return to the rock they slithered out from under.  This is truly “the most wonderful time of the year”!

With all the easily fashioned similarities of holiday craziness and elections, we forget, one moment in time already brought this world a Savior. We forget that sometimes, because by this time of the year, the renewed excitement of truly being given a Messiah has been packed away in the boxes, with our Nativity scene and other decorations and carefully stacked back in the garage.

Maybe this is why we are always so desperate during election years.

During the four or eight year term of sitting presidents, we take notes of everything bad that is happening in our country. If your particular party is not represented in the White House or isn’t the party with the most seats in Congress, the list of atrocities is even longer.

This list sets all of us on a collision course of finding that perfect candidate. A Messiah of sorts.   A savior for our country.  America tried that with Barack Obama.  There are blogspots claiming his divinity, as well as Elementary school curriculum  supporting this theme.  It didn’t work.  It doesn’t matter how many blog posts or books are written, how many stories are told; only God has the power to send a Messiah.  That already was done.

So where are we left as voters? Should we all hoist the banner of cynicism and choose our next president the childish way, by using “eeny, meeny, miny, moe”?  Is there really no hope for America anymore?  Do we just take who the media (mainstream news and social) chrism?  No.

We need to go to the one who sent the true Messiah and ask for wisdom and in some cases courage. God wants us to seek wisdom, when making these types of decisions.  Certainly reading the opinions of political experts and listening intently to the candidates, is part of this decision making process.  Seeking God’s wisdom and desire for our country is also very necessary.  The Bible implores people, “If any of you lacks wisdom, you should ask God…(James 1:5-6 NIV).

Some people might laugh, if your response to whom you are planning to vote for in November, is a sincere response of, “I’m praying about it”. But who cares?  Isn’t a chuckle from a co-worker worth it, if you truly believe your choice in November is based on God’s direction?  “But the wisdom that comes from heaven is first of all pure…”(James 3:17 NIV).  To have the confidence in the voting booth this November that your decision is based on more than just opinions from talking heads, should give you confidence.

To dissuade voters from calling on God’s wisdom in choosing our next president, some might even go so far as to say, God really doesn’t care about who is or isn’t president. In saying this opinion is misguided, a better response would be it is wrong.  Romans 13:1 (NIV) tells believers to “Be subject to the governing authorities” yes, but it continues to say, “for there is no authority except which God has established.  The authorities that exist have been established by God”.

God will allow ungodly leadership, just as easily as he will allow Godly leadership. It doesn’t matter the outcome, He is still in control.  One could even hypothesize, the installation of poor leadership could be to bring people to their knees in hopes of returning to Him.

For those who believe in God and His Son, Jesus Christ is the Messiah.

There are no messianic presidencies. All of us must make our choices based on the individual with whom we are willing to entrust our safety and security, both physically and financially, for a minimum of four years.  In making this choice, we must strip away the rhetoric of SuperPacs and spin doctors.  We need to diligently listen to ALL candidates, not just the top three or four.  Not just the one who “tickles our ears” with the things we want to hear.  Anyone can say anything.

Watch who the candidates align themselves with over the next few months. Who are their biggest donors?  Try to surmise what those donors will be asking this candidate to do, if elected.  Evaluate the candidate’s answers to the questions posed to them on the campaign trail.  Do they answer the same way to the same questions?  If they don’t, why not?  If they do, are these just patented answers, well-rehearsed or are they sincere and truly what the candidate believes in their heart?  Are some of their ideas so extreme they are unattainable or are their ideas so conservative they are dangerous?  The list goes on, but it must be studied and reviewed consistently, over the next few months.

Along with listening to the candidates, ask and listen to God. It takes hours of standing in line to see a candidate in an arena.  Having face time with them is next to impossible, unless you are a well-known supporter.  Or you hang out in little New Hampshire and Iowa diners.  Talking directly with God about your voting choice is a 24/7, always available opportunity.  No security checks needed.  No standing in line.  Direct access to the one who will ultimately seat our next president.

Don’t ask for a Messiah for the Oval Office. We don’t need that!  We have a Messiah for all eternity.  This presidential cycle, let’s pray for someone who is more humble than anything.  One who recognizes they can’t save America, but they will do all they can to right the ship.  They will seek counsel, truly, from God each day.  They will surround themselves with experts in all areas, whose knowledge is not just based on opinion and desire but historical experience and facts.  Pray our next leader will do what is right, even if they don’t like the answer.  Pray our next president will put America and her needs above their desires and legacies.

Pray for a Godly leader America.

A Reminder to Call Your Parents and Grandparents. NOW.