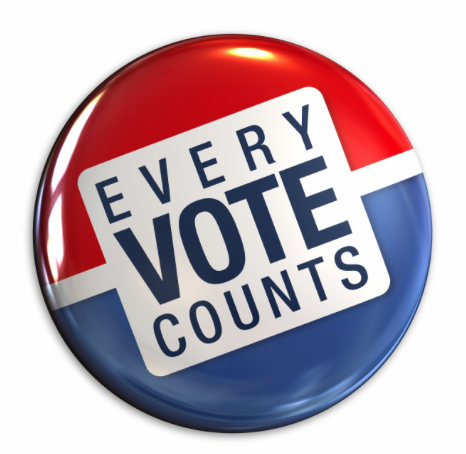 It happens every election cycle, but this is the worst I remember– people puffing out their chests and proudly announcing that they will not vote if this person or that one becomes the nominee for President. What do they think they are proving?   Do they not see the devastation to our nation that such irresponsibility causes?

It is the non-voters who put Obama in office the 2nd time so this skewed way of thinking puzzles me.   Not one of the GOP candidates in this election (or the last one) would dream of doing to this country what Obama has already done, and his reign of terror is not yet over. The very worst of the GOP candidates would be preferable to Hillary Clinton; how can all  Republicans not see that?

Does having their way and only their candidate winning supersede the future of America and the success and freedom of their children and grandchildren?

My parents taught me before I was 5 years old that quite a lot in this world would not go my way and that “taking my toys and going home” was not an option. Nothing good comes from that. Not voting will not move a preferred candidate forward.

There will always be areas where we disagree with any candidate.  I disagree with my children quite often, but I still love them. Instead of focusing on the negatives, look at the bigger picture and the areas of agreement. The best thing to do is to vote responsibly, for that is the patriotic duty of every American citizen.   We owe it to those brave ones who came before us pledging to each other, “our lives, our fortunes, and our sacred honor”–as well as to our children, their children, and those not yet born.