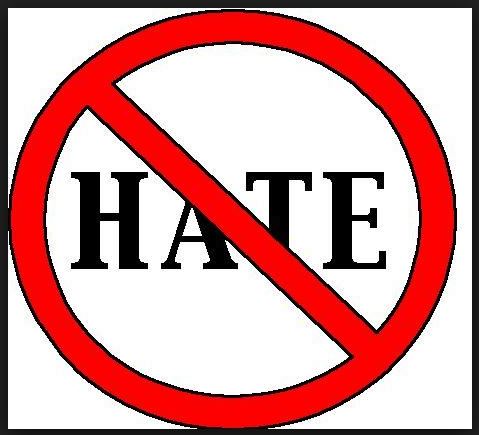 Hatred runs rampant in our society today.  It also is one of the most hurled insults, especially when people discuss highly volatile social issues.

During lunch recently, I was inadvertently introduced to the phrase, “The Best Kind of Hate.” A young couple, probably in their 20’s, was seated next to me eating their lunch and discussing life.  They were engaged in usual conversation – what they were eating, video games the guy was playing–you know, the deep stuff.  Unintentionally, their conversation grabbed my attention.  The young lady said to her companion, “You don’t even remember why you don’t like them.”  The young man’s response was surprising to me.  Without hesitation he responded, “That’s the best kind of hate.”

What a window into society.

Apparently the ‘best kind of hate’ to have toward people and things is the kind where you don’t even remember why you feel that way. There you have it.  Human beings don’t have to know what caused their dislike, they just have to recall the hate.

What do you hate? Brussel sprouts or cauliflower? Maybe it’s action movies or chick flicks (especially, if you’re a guy). What about the family who lives next door to you?  Might a disagreement or strong opinion, have crept into your family and destroyed a relationship forever?  In all of these situations, disagreement and dislike have an opportunity to grow into hate, possibly, “the best kind of hate”.

This type of hate is in full force in society. Whether it is in the political arena or on our city streets.  Fanned by people who believe some good will come from the hate, but in reality, it only serves to element any good which many still be there.  A growing example of hatred is found in our cities and the reaction to law enforcement officials.  Generations pass on disdain for law enforcement, which in turn stimulates disrespect for authority.  A teenagers’ anger toward authority may not be their own.  Generations hold on to things seen in their lifetime, not recognizing those individuals who may be trying to make things better.  In their blind anger, hate grows leaving no possibility for improved relations within the community.  Young kids are just shown hate.  In some neighborhoods, it may take generations to calm and reconcile citizens with law enforcement.

It doesn’t take a Ph.D. in Political Science to see great hatred between political parties. Why does each party hate the other? If absolute disdain for each other wasn’t at the core of these “working” relationships, there would not be gridlock in Washington D.C.  When politicians want to help bring about change, usually with words such as, “reach across the aisle” and “work with the other party”, many are taken to task and labeled moderates in their party.  These individuals have to defend themselves vehemently, as they try to find ways to bring about change in our country.

The basic sentiment of disagreement brings about little or no fact checking of comments made. Sound bites are created in an effort to make people with an opposing viewpoint look bad.  All in an effort to continue hatred for the opposing political belief, with the eventual realization of not remembering why someone originally even holds the belief.  Thus birthing, “the best kind of hate”.  The kind of hate with brings progress to a screeching halt and many of us saying “I don’t know why I hate your political beliefs or maybe even you.  I just know I do”.

Where does that leave America? The land of the free, the home of the brave.  Really?  Certainly not the land of being free from hate.  Nor the home of the brave, when most people have no idea why they believe the way they do.  How is that brave?  Bravery comes from investigating your beliefs and making them your own.  However, many people maintain a political or social belief only to keep their friendships from fading away.

Building an individual political and social belief system is as terrifying as finding an individual spiritual belief system. In numerous instances, people will find they have different ideas of how to vote or determining which issues are deal breakers.  If a person’s family were always democrats, and they begin to lean toward more conservative ideas, the threat of alienation from their family is sometimes enough to stay with what is “safe”.  Safe isn’t what our country was built upon.  Was it safe for our forefathers to separate from England?  Was is safe for Abraham Lincoln to fight for the freedom and abolition of slavery?  Many of the opinions people have regarding our country and the hatred they carry for people today, stem from these points in history.

How do we eliminate this “best kind of hate”?

Unfortunately, an Executive Order to be kind and disavow hate is not going to be issued. However, each of us can institute our own “executive order.”  We can resolve to see other people’s points of view.  Create our opinions based on fact, not spin.  We can sincerely listen to the hearts of our families, friends, neighbors and even politicians, from both parties.  Listening doesn’t mean agreeing with everything. When we listen, not to just the words being said to us, but to the heart of the one with whom we are speaking, we learn where people truly obtain their ideas.  Agreement will not always be found.  That is fine.  We must understand it is fine to disagree.  Knowledge gained from open conversation will lead our country to the next great revolution.  America will achieve greater growth and success, if we have more understanding than hate.  Hatred only delivers a desire to dominate.

The ‘best kind of hate’ is none at all.

Who Is Bernie Sanders?