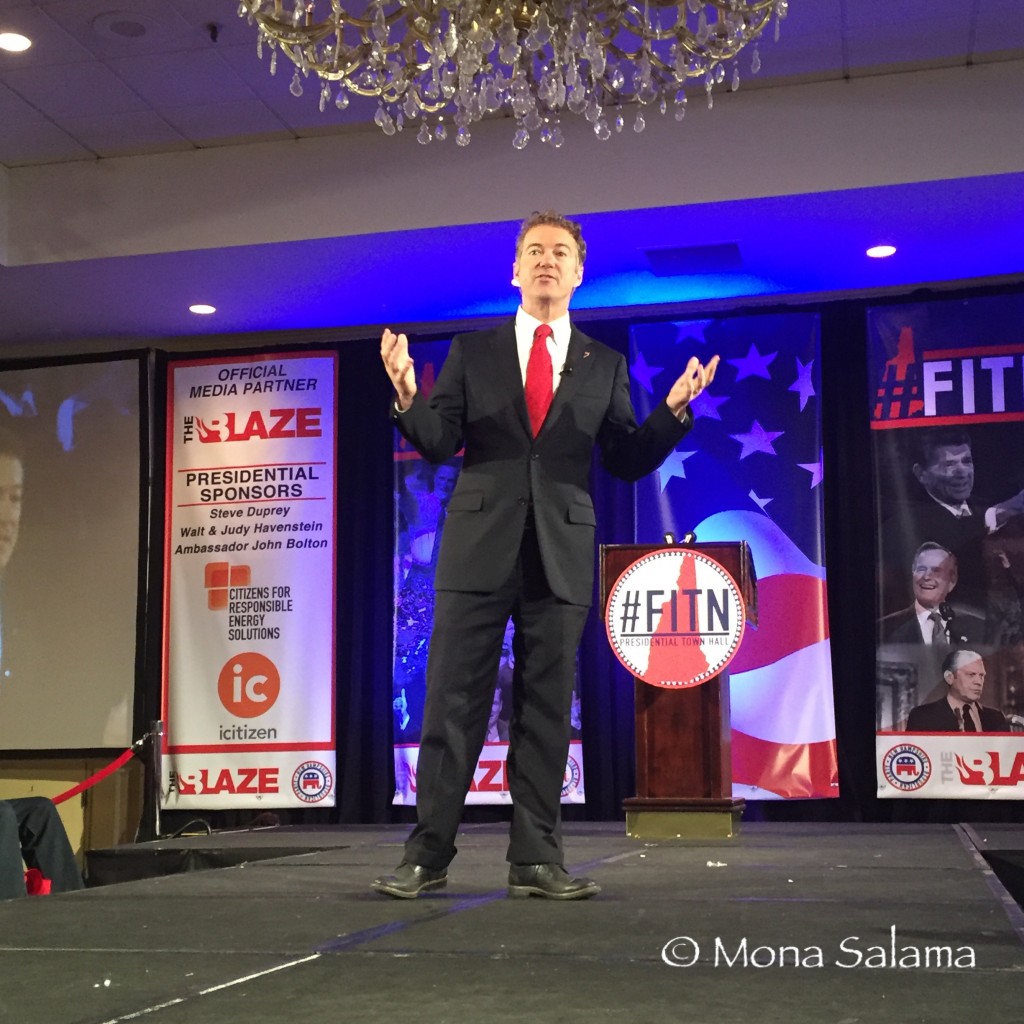 “It’s been an incredible honor to run a principled campaign for the White House,” Paul said in his statement. “Today, I will end where I began, ready and willing to fight for the cause of Liberty.”

He added: “Across the country, thousands of young people flocked to our message of limited government, privacy, criminal justice reform, and a reasonable foreign policy. Although, today I will suspend my campaign for President, the fight is far from over.”

Paul sent out a statement confirming his decision to drop out of the Republican presidential to instead focus his full attention on his reelection bid for his senate seat. Prior to the Iowa caucus, Paul was informed that Kentucky Democrats have found a top-tier wealthy challenger, Lexington Mayor Jim Gray who filed just before the deadline.

In a conference call following the announcement, Paul’s chief strategist Doug Stafford told reporters with Donald Trump in the race “definitely sucked the oxygen out of the room during critical times.” “The change in trajectory on the issues and the outsized attention given to one outsider made it very difficult to get our message out,” Stafford said pointing out the Trump factor changing the dynamic of this race.

Paul has become the second GOP candidate to drop out after Iowans casted their decision where his fellow colleague Ted Cruz came in first followed by Marco Rubio who finished in third place. Former Arkansas Governor Mike Huckabee dropped out moments before Cruz was announced the winner and after finishing ninth in the caucus.

Had Paul continued on with his long shot bid, his chances of returning back to the main stage for the ABC debate this Saturday seemed unlikely. ABC criteria for a candidate to gain an invitation to be a part of the debate stage were for one to be in the top six in either national or New Hampshire polls or the top three winners of the Iowa caucus. Nationally, Paul is in 7th place, averaging 2.4% and 8th in New Hampshire with a 2.8% average.

Another problem Paul faced was money. Recent filing from the FEC showed that Paul currently had $1.3 million left in campaign funds. During his nine-month gig, Paul had raised a total of $11.5 million but spent 90% of it without raising enough to maintain a balance war chest. The last quarter showed that Paul only raised $2 million while Cruz raised ten times more of $20 million.

So far only Rubio had some kind words for Paul exiting the race while others are solely looking to appeal to Paul’s supporters. “Rand is someone I disagree with on a lot of issues,” Rubio said when finding out from reporters of the news after his town hall in New Hampshire. “But as I said the other night at the debate, he actually believes strongly in what he stands for and I respect that.”

Paul will not make an endorsement to any of the GOP candidates before next week’s New Hampshire primary, his spokesman said.