Most Super Bowl 50 viewers probably enjoyed the Doritos commercial with the unborn baby reacting to his father on an ultrasound screen. The ad shows a father and mother in a doctor’s office watching the ultrasound of their unborn child. As the father snacks on a bag of Doritos, he notices that his unborn son is grabbing for the snack. You can watch the ad here:

However, not everybody was thrilled about the ad. In fact, the pro-abortionists at NARAL were upset because the ad was actually…oh my goodness… “humanizing fetuses.” The organization tweeted:

“Peter Carstairs, a Melbourne, Australia filmmaker who created the life-affirming commercial for the contest, said he was inspired after seeing his second child, Freddy, on an ultrasound screen. Carstairs said the ultrasound image that he used in his commercial actually is his son Freddy, who is now 9-months old.

Though Carstairs manipulated his son’s ultrasound image for the commercial, his portrayal of unborn babies isn’t far from the truth. Studies have shown unborn babies reacting to various stimuli in the womb, including music and sound. Researchers also found that unborn babies develop a sense of taste in the womb and learn to recognize the flavors and spices of the culture’s cuisine.” 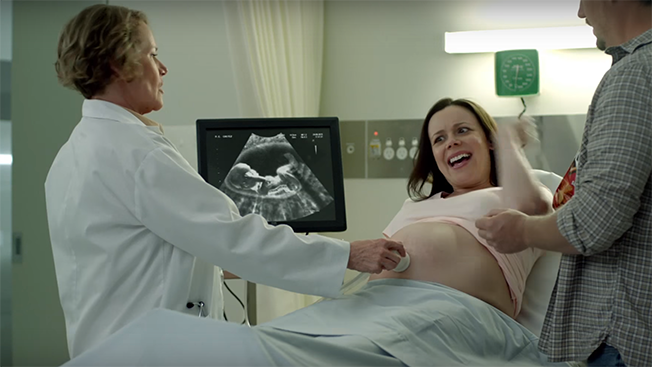