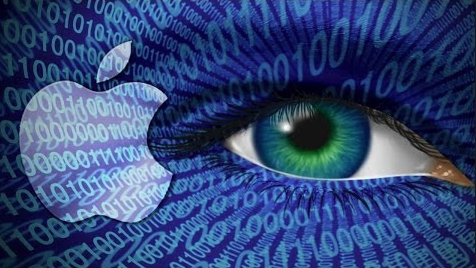 In this modern, global economy, we’re always forced to wonder where a corporation stands. It’s nice to think that an American company with its roots in the United States would have appreciation for this country, a real loyalty that extends beyond mere profit motive. These companies are run by people, after all, people who in many cases became rich because of the unique opportunities made available to them in the US. One of many, many examples would be Apple, a huge worldwide entity that owes its success to America. Surely Apple is on our side.

Well, one supposes it’s always best to know the truth. Even when that truth is disappointing and, in this case, infuriating.

To begin with, Apple has been guilty of practicing an all too common corporate tactic: Shipping operations overseas for the express purpose of avoiding American taxes. In other words, this country gave Apple its start and made wealthy people out of its executives, but now those same people can’t be bothered to help pay for the functioning of the country that gave them their start. So right off the bat, Apple isn’t entirely in our corner. But its gets much, much worse.

Recently, the FBI asked for Apple’s help. While executing a search warrant on the car of one of the San Bernardino shooters, they found an iPhone that may contain information important to the investigation. Due to the device’s security measures, however, they were unable to access its data themselves, so they requested that Apple assist them. The company declined. With the clock ticking and a measure of desperation setting in, the FBI was able to obtain a court order requiring Apple to do the right thing. In response, Apple CEO Tim Cook released a letter decrying the order, and warning his customers of the government’s encroachment upon their “privacy”. He even vowed to “oppose” the court’s order, implying that he intends to defy a legal requirement to cooperate with law enforcement.

Let’s start at the beginning and point out that Cook’s concerns are completely overblown. The FBI wants access to one single phone, not all iPhones everywhere. Cook says that doing as they ask would be the equivalent of giving them a “master key”, that empowering them to unlock one phone gives them the ability to unlock all. Even if this were true, apparently he thinks that the FBI, which clearly has nothing better to do, would then go about randomly reading through people’s iPhones in a rabid need to know what these individuals are texting to their moms. To the kinds of people who really believe the government is straining at the leash to do this, I offer a simple, if frank reassurance: You’re not that interesting. The FBI is concerned with enforcing the law, and even more importantly, with protecting our country from terrorists like the ones at San Bernardino. They have important work to do, and putting data off limits from legitimate investigation doesn’t protect the cat photos you downloaded off the internet. It puts all of us at greater risk.

Even aside from that, however, is the fact that Tim Cook is not the keeper of law and order. Quite frankly, he does not get to decide which court orders he is going to obey. He is a private citizen who has been required to perform a small service in defense of his country, and he seems to be refusing. So far he has done nothing but release a letter disagreeing with the order, which is his right, but if he persists in refusing to cooperate with the FBI on a terror investigation, it would not be a stretch to call his behavior treasonous.