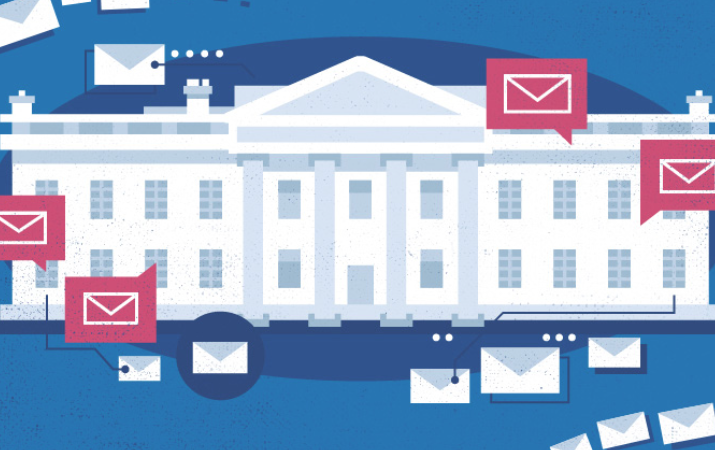 The US State Department is about five months into a review of 30,000 work-related emails sent and received over a private server by Hillary Clinton in her capacity as Secretary of State. Set aside the issues of government transparency and cybersecurity that have been well parsed. The question that immediately springs to mind for anyone reading this blog is: How can it take five months to review 30,000 emails, let alone the eight months that are projected to actually complete the project?

The long answer deals with a complicated intermingling of national security, international diplomacy and government bureaucracy.

The short answer is “paper,” as in the Dunder Mifflin-endorsed format in which Ms. Clinton’s lawyers produced her email. Because they had to. Instructions regarding email in the Foreign Affairs Manual, which bounds the State Department, require that:

“Until technology allowing archival capabilities for long-term electronic storage and retrieval of email messages is available and installed, those messages warranting preservation as records (for periods longer than current E-mail systems routinely maintain them) must be printed out and filed with related records.”

(Whether such technology was available is perhaps a question worth asking.)

That this is a lo-fi undertaking, perhaps necessarily so, goes without saying. What deserves more attention is the effect the government’s records response infrastructure, tools, and processes are having on the people who are footing the bill and the justice system on which their democracy is built.

Given the labor-intensive nature of the effort, and the potential for certain email to literally trigger an international incident, the State Department has deployed a fleet of staffers and specialists to complete the review according to requirements imposed by court rulings in several civil lawsuits brought against Clinton under the Freedom of Information Act. The State Department has also enlisted the help of other federal agencies who have been tapped to weigh in on the significance of various potentially classified or otherwise sensitive messages.

The project — with its data processing and cataloguing, multi-tiered review for relevance and confidentiality, collaboration among physically dispersed and often siloed departments, moving deadlines, and rolling productions — closely approximates a sensitive electronic discovery undertaking. And, should the cause celebre of it all not grab you, the saga if nothing else makes for an intriguing thought experiment as to how legal teams would conduct reviews if they knew one mistake would land their clients on the front page of every newspaper and website in the country.

In the below infographic, we summarize the Clinton email saga according to some of its most telling figures.