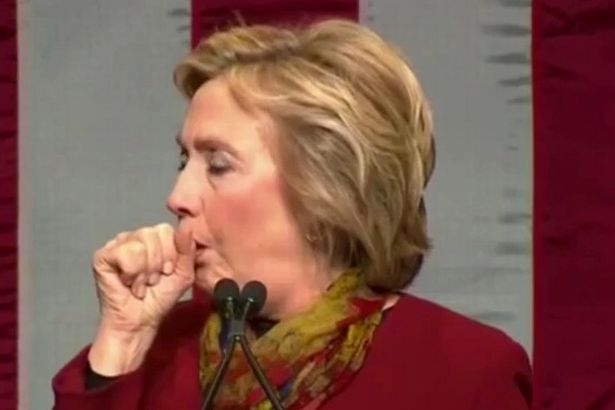 After losing the New Hampshire primary badly to Senator Bernie Sanders and fear of losing the nomination in general, Democratic front runner Hillary Clinton took her presidential campaign in New York City to secure the black supports ahead of a slate of primaries in states with large minority population.

“I want to talk with you about how we break down the barriers that disproportionately affect African Americans and build ladders of opportunities,” Hillary began her speech at the Schomburg Center for Research in Black Culture in Harlem. “We have to begin by facing up to the reality of systemic racism…problems of economic and racial inequalities. It would be the mission of my presidency to bring them to an end.”

Delivering a major speech in Harlem Tuesday afternoon, Hillary addressed to a small audience filled with prominent New York black leaders how as President she would tackle systemic racism occurring within the African American community. She proposed a $25 Billion plan that focusing on ending the “school-to-prison” pipeline, job training, and education in areas of poor and minority communities such as “places like Harlem and rural South Carolina.”

“Something is wrong when black kids get arrested for petty crimes but white CEOs get away with fleecing our entire country,” Hillary said to thunderous applause. “This is a civil rights issue and we cannot ignore it any longer.” 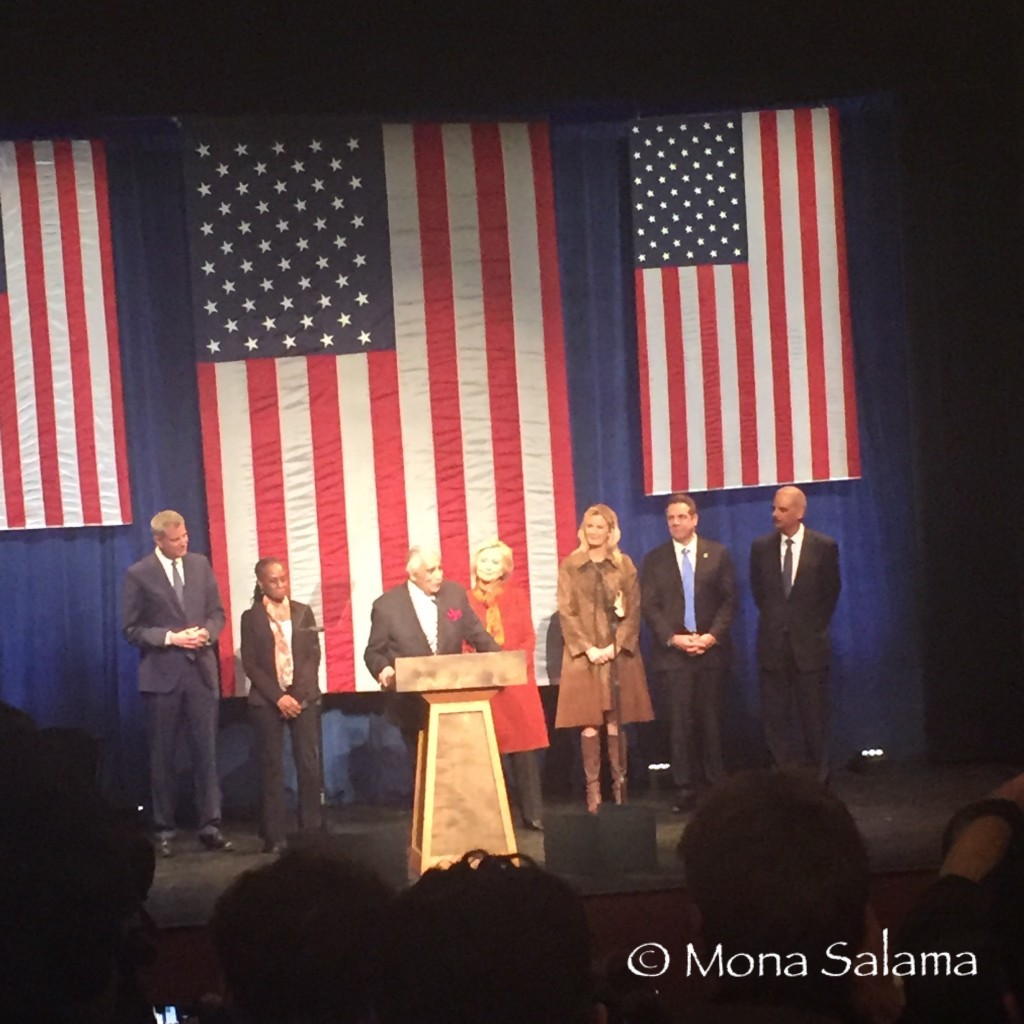 Introduced by Rep. Charlie Rangel, he reminded the audience how he pushed Hillary to run for Senate of New York against Mayor Rudy Giuliani in 2000 to “save New York from a Republican.” Surrounding Hillary were New York Democrat leaders who have endorsed the front-runner included New York City Mayor Bill de Blasio and his wife, New York Governor Andrew Cuomo and former Attorney General Eric Holder.

Throughout her remarks, she coughed repeatedly with her voice breaking while addressing what she called “an American problem.” Hillary rattled off a series of statistics in addressing the problem that racism still exists by underlining how Africans Americans are disproportionately impacted compared to white Americans. “Race still plays a significant role in determining who gets ahead in America and who gets left behind,” Hillary said during her 40-minute speech. After addressing off the list of statistics, Hillary spoke about the needs for criminal justice reform and better training for police departments.

“We have seen a significant increase in police involvement in school discipline, especially in schools with majority black students,” she said. “A classroom should be a safe place for our children.”

Casting herself as the only candidate committed to fighting against injustice in all parts of American life, Hillary attacked at her Democratic opponent Bernie Sanders, without mentioning his name, by casting him as a “single-issue” candidate who can’t address all the issues of the problems.

“We aren’t a single-issue country,” Hillary stated. “We face a complex set of economic, social, and political challenges. They are intersectional and reinforcing and we have to take the all on.”

“It is not enough for your economic plan to break up the banks,” she added. “You also need a serious plan to create jobs, especially in places where unemployment remains stubbornly high. You need a plan to address the generation of underinvestment and neglect.”

Another jab Hillary took against the rival was implying that now he all of the sudden cares about the African-American community. Both democrat hopefuls are crisscrossing the country holding events prominently in black neighborhoods to court their votes in an increasingly competitive battle for the democratic nominee.

“We Democrats have a special obligations,” Hillary stated. “If we are serious about our commitment to the poor and those who need some help and if we continue to ask black people to vote for us, we cannot minimize the reality of the lives they lead,” Hillary said as the small crowd raucously applauds, many wearing Teachers for Hillary tee shirts. “You can’t just show up at election time and say the right things. You can’t start building relationships a few weeks before a vote.”

She also had harsh words against the Republican candidates, comparing the GOP refusal to nominate a replacement for the late Supreme Court Justice Antonin Scalia as the efforts of restricting voting rights. “It’s a blast from the Jim Crow past,” Hillary charged at Republicans postponing confirmation. “The stakes got even higher the past few days, the passing of Justice Scalia means the courts hang in the balance. Now the Republicans say they will reject anyone President Obama nominates no matter how qualified.”

“Some are saying [President Obama] doesn’t have the right to nominate anyone as if somehow he is not the real President,” Hillary added. “Many Republicans talk in coded racial language about takers and losers, they demonize President Obama while encouraging the ugliest impulses of the paranoid fringe.”

On the issue of Flint water crisis that has garnished national attention, Hillary has sought to make this crisis the centerpiece of her campaign. “It is a horrifying story and what makes it even worse is that it is not a coincidence that this was allowed to happen in largely black poor community,” Hillary said. “Just ask yourself, could this have ever occurred in a wealthy white suburb of Detroit? Absolutely not.”

“Flint is not alone. There are many Flints across our country. Places where people of color and the poor have been left out and left behind.”

Before her speech, Hillary met with civil rights organization groups and leaders that included Rev. Al Sharpton from the National Action Network, National Urban League, and the NAACP. Just a week ago, Rev. Al Sharpton met with Sanders after his New Hampshire victory as efforts to broaden his appeal to the African American voters. Hillary has been the favorite to win South Carolina in part of the black voting bloc, but Sanders strong finish in New Hampshire and appealing to the youth and woman democratic voters are pushing the front-runner to work twice as hard to secure the deep support.

The race baiter has yet to make a decision as to which one he will endorse. “I think we are in the midst of a process, and that process has to be detailed policy, and that process has to include collective gathering,” Sharpton said. “I have not decided who I will support personally, but I’m committed to making sure our agenda remains front and center.”