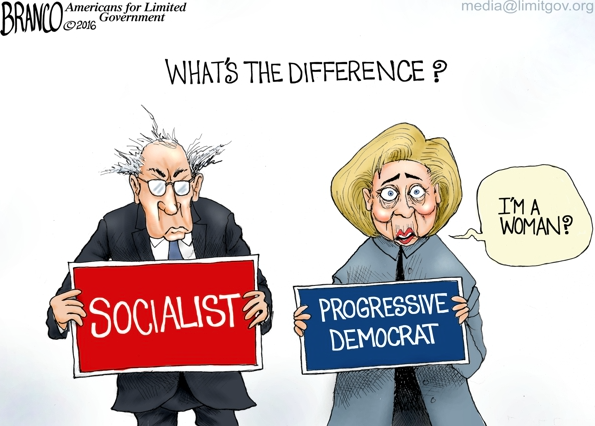 Very early on in the 2016 bid for the White House Rush Limbaugh warned us to be prepared for the left-led war on women to heat up as Senator Hillary Rodham Clinton tries, yet again, to be the first woman President of our country. And sure enough the closer we inch towards November that ugly face of politics is rearing her prominent head.

So far the mudslinging has been fairly typical with candidates pointing their fingers at perceived flaws in their competition and highlighting any voting record that sides against their own ideology. After which candidates illuminate their own personal and professional accolades and record of accomplishment and hope they come out ahead of the ‘other guy’. This is to be expected when people are jockeying to be President of the greatest country on earth and this will always hold true.

Still, despite the predictable onslaught of smear ads, sound bites, and half-truths that are inherent in the primaries, 2016 is definitely anything but politics as usual for two very distinct reasons. First is the non-conforming style and presence of businessman Mr. Donald Trump and his grasp of reality in America today. Second is the predicted Democrat nominee is former Secretary of State Hillary Clinton, a woman.

The election of our first black President ushered in a new Millennium race war that echoes racial sentiments from throughout the 1960’s, now magnified to an extreme level because our black President and his black wife represent the very definition of racists.   But poor Hillary, she has still not recovered from losing to President Obama her first time out and her likeability has only gone downhill in these last seven plus years. Her less than stellar standing and acceptability with the American people has her scrambling to bring up polling numbers. First this young slick Chicagoan pulled the rug out from under her and now this older Revolutionary socialist is trying to do the same thing.

Clinton’s unpopularity is especially high among young women and here is where the Feminazi’s have been called into action. Clinton is extremely upset that women are not unilaterally rounding her wagon so she called on her friend and fellow alumnae of Wellesley College, Madelyn Albright, to help with her mission. Albright is the first female Secretary of State and served under President Bill Clinton.

Secretary Albright introduced Secretary Clinton at a New Hampshire campaign rally the weekend of February 9. With a hiss in her eyes she scathingly spoke to crowd. “We can tell our story of how we climbed the ladder, and a lot of you younger women think it’s done,” Ms. Albright said of the broader fight for women’s equality. “It’s not done. There’s a special place in hell for women who don’t help each other!”

Next up to bat was the Head Feminazi herself, Ms. Gloria Steinem. In an interview with Bill Maher, Steinem tried to explain why young women would possibly vote for Sanders over Clinton. Her answer was stunningly un-feminist.

“When you’re young, you’re thinking, ‘Where are the boys? The boys are with Bernie,’ ” Ms. Steinem said. Yes, the great Feminist of all times said the only reason young girls would vote for Bernie is not because they are strong young women but because they vapidly want to chase after boys. By Sunday morning she was feeling the backlash and was trying to tell us that we ‘misunderstood’.

Let me clarify things for Secretary Albright and Gloria Steinem. There is a plethora of obvious reasons why decent, intelligent, and logical Americans will not vote for Hillary and they have nothing to do with whether she is male or female but with her glaring lack of character. Hillary Diane Rodham Clinton lies, cheats, and, steals. Literally. (#WhitehouseFurniture). In fact the women that will not be voting for Hillary grasp the knowledge that a vote for Hillary works against women, men, and children. Voting for Hillary Clinton or Bernie Sanders would be another 4 years of socialist money trees, collapse of our institutions, continued destruction and devalue of our language, shredding of our constitution, terror at the hands of killers, violent youth and mass shootings, divorce, debt, and breakdown of the American family leaving no hope of the American dream.

To refresh one’s memory about Hillary Clinton, read about Vince Foster; her partners Jim and Susan McDougal; Jim Guy Tucker; Travelgate, and Filegate. Interesting how so many of the Clinton’s intimate relations end in someone’s death or jail time and yet they’ve always greased out of trouble, letting all of the chips land on their ‘friends’. But the humdinger for Hillary was her denial to send protection to the American embassy in Benghazi and the ensuing bloodshed and torment that took place on September 11, 2012. I would imagine the grieving women in the families of those deceased brave Americans who were serving in Benghazi are not voting for Hillary.   Will they, too, go to hell?

The aforementioned does not even touch on the sole misbehavior of Hillary’s serial philandering husband. Juanita Broderrick publicly accused President Bill Clinton of rape. Kathleen Willey accused him of groping her, and Paula Jones accused him of sexual misconduct. During Jones’ deposition she was able to describe the exact anatomical details of the President’s penis under the legal weight of a subpoena. Many others have accused him of adultery going as far back as when he was Governor of Arkansas. And don’t forget about the sex incidents in the White House with Bill’s intern Monica Lewinsky…

True these improper sexist behaviors were not directly Hillary’s own, but her husband’s acts displayed real bonafide sexism and many women lost all respect for Hillary for staying with such a man. As a result of her husband’s philandering, Hillary Clinton holds the coveted title of being the only First Lady to ever have been subpoenaed to testify under oath about her husband’s White House romps. Yes, the Clintons both are notorious for many firsts that are unprecedented events in politics (but they are not good topics for mixed company and small children).

Not to mention Hillary is the current focus of an ongoing FBI investigation into her improper use of a personal private email server while conducting classified governmental business Secretary of State under President Obama. This was a violation of her job specs at the very least and put us all in grave danger at the tip of the very worst. She screeches at us that she did nothing wrong because the emails were not that classified. Classified is classified, period. I suppose it is the same logic her husband used when he wanted us to believe he did not “have sexual relations with that woman…”

Hillary Rodham Clinton has a law degree from Yale. She held the first female chair of the Legal Services Corporation in 1978, then in 1979 became the first female partner of The Rose Law firm. As First Lady of Arkansas she led a task force that reformed the public school system and served on the board of Wal-Mart. In other words, there’s no denying she is a very smart woman so her feigned ignorance does not paint a flattering picture—and that picture is exactly what the youth in this country are observing. Young Liberals do not like Hillary Clinton and they do not have trust in her so they are going to vote for old socialist Bernie Sanders. No matter how many times Secretary Albright wishes all those young women to hell or Gloria Steinem makes fun of them for being boy crazy (therefore not bright enough to vote correctly) women of all ages will not be voting for Hillary.

The Feminazis are really in a pickle that lends zero credibility to their message behind stumping for Clinton. LGBTS are demanding a neutered society that is blind to gender. They profess that sexuality should not be assigned at birth because of the genitalia. They have altered our language and want to remove any trace of “he and she”, creating a slippery slope from which there is no place to hold on. But now that a woman is running for President the feminists are trying to insult and shame people into voting for Hillary simply and totally because she is a woman. Well which is it? It looks like their nonsense is catching up to them once again. (Suddenly I’m reminded of that stupid 1970’s commercial for perfume where a Feminist was bragging how she could bring home the bacon and fry it up in the pan. I knew even at my young and tender age it was hogwash…)

In the end, as with everything in life, it will always hold true that Liberals just do not understand.   Unbeknownst to them the problem with President Obama has absolutely nothing to do with the amount of pigment in his skin. People abhor him because of the way he acts, his beliefs about our Nation, and the politics he has signed off on. Furthermore, the reasons Hillary Clinton will lose in November are not because of her genitalia. No, but she will easily succumb to the Republican nominee because of her poor judgement and long track record that is professionally and privately both embarrassing and corrupt. Clinton’s handlers need to tell her to stop screeching at us to look at her record. We have looked at her record and this is why both women and men will not vote for her.

Regardless of the ideological wrangling between the Democrats Progressive and Socialist candidates, Donald Trump’s polling numbers have been so consistently in the lead on all fronts that is has poor Bill Clinton rethinking those awaiting bags in the hall. No wonder he does not look so good lately. You just know when she loses again there will be some serious hell to pay…

The People's Initiative To Limit Taxation - Without Justice Antonin Scalia