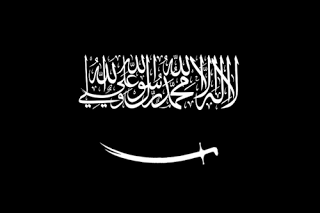 Our only hope of defeating Islamic terrorism is Islam. That’s our whole counterterrorism strategy.

But Islamic terrorism is not a separate component of Islam that can be cut off from it. Not only is it not un-Islamic, but it expresses Islamic religious imperatives. Muslim religious leaders have occasionally issued fatwas against terrorism, but terrorism for Muslim clerics, like sex for Bill Clinton, is a matter of definition. The tactics of terrorism, including suicide bombing and the murder of civilians, have been approved by fatwas from many of the same Islamic religious leaders that our establishment deems moderate. And the objective of terrorism, the subjugation of non-Muslims, has been the most fundamental Islamic imperative for the expansionistic religion since the days of Mohammed.

Our strategy, in Europe and America, under Bush and under Obama, has been to artificially subdivide a Good Islam from a Bad Islam and to declare that Bad Islam is not really Islam. Bad Islam, as Obama claims, “hijacked” a peaceful religion. Secretary of State Kerry calls Bad Islam’s followers, “apostates”. ISIS speaks for no religion. It has no religion. Which means the Islamic State must be a bunch of atheists.

Our diplomats and politicians don’t verbally acknowledge the existence of a Bad Islam. Even its name is one of those names that must not be named. There is only Good Islam. Bad Islam doesn’t even exist.

This isn’t just domestic spin, which it is, but it’s also an attempt at constructing an Islamic narrative. Our leaders don’t care what we think. They just want us to keep quiet and not offend Muslims. They do care a great deal about what Muslims think. And so, in their own clumsy way, they try to talk like Muslims.

Our counterterrorism strategy has been constructed to convince Good Islam to have nothing to do with Bad Islam. And any of us who criticize Good Islam or argue that the artificial distinction between Good Islam and Bad Islam, between Saudi Arabia and ISIS, between Iran and Hezbollah, between Pakistan and the Taliban, is false are accused of provoking Good Islam to transform into Bad Islam.

Nothing so thoroughly proves that the difference between Bad Islam and Good Islam is a lie as the compulsive way that they warn that Good Muslims are capable of turning into Bad Muslims at any moment. Offend a Good Muslim, criticize his religion, fail to integrate him, accommodate his every whim and censor what he dislikes and he’ll join ISIS and then he’ll become a Bad Muslim.

After every terror attack, the media painstakingly constructs a narrative to determine why former moderates like Anwar Al-Awlaki, the Tsarnaevs or the San Bernardino killers turned bad without resorting to religious explanations. Their efforts at rationalization quickly become ridiculous; Nidal Hasan, the Fort Hood killer, contracted airborne PTSD, Anwar Al-Awlaki, the head of Al Qaeda in Yemen, became an “extremist” because he was afraid the FBI had found out about his prostitutes and the Times Square bomber turned into a terrorist because his “American Dream” was ruined.

Nobody, they conclude, becomes an Islamic terrorist because of Islam. Instead there are a thousand unrelated issues, having nothing to do with Islam, which creates the Muslim terrorist. Even the term “Radical Islamic Jihadist”, an absurd circumlocution (is there a moderate Islamic Jihadist), has become a badge of courage on one side and a dangerous, irresponsible term that provokes violence on the other.

But what is the distinction between Good Islam and Bad Islam? It isn’t fighting ISIS. Al Qaeda and the Taliban do that. It isn’t terrorism. Our Muslim allies, Saudi Arabia, Pakistan, Turkey and Qatar, are hip deep in the terror trade. It isn’t equality for non-Muslims. No Muslim country under Sharia law could have that. Equality for women? See above.

What are the metrics that distinguish Good Islam and Bad Islam? There aren’t any. We can’t discuss the existence of Bad Islam because it would reveal that Bad Islam and Good Islam are really the same thing.

Like the saintly Dr. Jekyll and the mean Mr. Hyde, Good Islam and Bad Islam are two halves of the same coin. When Dr. Jekyll wanted to act out his baser nature, he took a potion and turned into Mr. Hyde. But the nasty urges were always a part of him. When a moderate Muslim pulls a Keffiyah over his face and starts stabbing, bombing or beheading, he doesn’t become an extremist, he just expresses his dark side.

Good Islam borrowed all sorts of noble sentiments from Judaism and Christianity. But when non-Muslims didn’t accept Islam, then Mohammed stopped playing nice and preached murder. Bad Islam is not something ISIS invented on a website. It’s always been a part of Islam. We attempt to separate Good Islam and Bad Islam because we don’t like being beheaded. But Muslims don’t make that distinction.

Our counterterrorism strategy is based on empowering Good Islam, on building coalitions with Muslims to fight terrorism and enlisting their cooperation in the War on Terror. But we’re trying to convince Dr. Jekyll to help us fight Mr. Hyde. And Dr. Jekyll might even help us out, until he turns into Mr. Hyde.

Our moderate Afghan Muslim allies, when they’re aren’t raping young boys (one of their cultural peculiarities we are taught to ignore), sometimes unexpectedly open fire on our soldiers. The Muslim migrants who arrive here to “enrich” our societies sometimes start shooting and bombing. The head of Al Qaeda was hanging out near the West Point of Pakistan. The mastermind of 9/11 was saved by a member of the Qatari royal family. The call is coming from inside the house. Mr. Hyde is Dr. Jekyll.

When we “empower” and “build coalitions” with Good Islam, we’re also empowering and building coalitions with Bad Islam. Just ask all the Muslim terrorists running around with our weapons.

To win over Good Islam, we censor cartoons of Mohammed and criticism of the Koran, open our borders, Islamize our institutions and then wait to see if we’re on the good side of Good Islam. We adapt our societies and legal systems to Islamic norms and hope that it’s enough to let us join the Good Islam Coalition. If we go on at this rate, the experts will tell us that the only way to defeat Islamic terrorism is for us to become Muslims. Only then will we become members in good standing of Good Islam.

There is no Good Islam and no Bad Islam, as Muslim leaders occasionally trouble to tell us. The distinction that our leaders make between Good Islam and Bad Islam is not theological, but pragmatic. They dub whatever is shooting at us right now Bad Islam and assume that everything else must be Good Islam. That is the fallacy which they used to arrive at their Tiny Minority of Extremists formula.

There is no Tiny Minority of Extremists. Behind the various tiny minorities of extremists are countries and billionaires, global organizations and Islamic banks. Outsourcing our counterterrorism strategy to the countries and ideologies behind the terrorists we’re fighting isn’t a plan, it’s a death wish.

Islamic terrorism is just what we call Islam when it’s killing us.