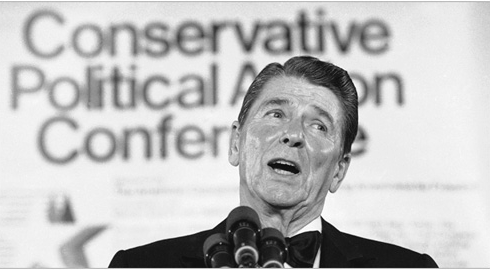 No, conservatism isn’t dead. It just isn’t nearly as influential as some conservatives thought it was.

This shouldn’t have come as a surprise after two Obama victories, the failures of the Tea Party and the warping of conservative institutions and politicians to serve entirely different agendas. Ideas only have power when they’re vested in organizations that have power. Conservative organizations have very little institutional power. Those that do are not particularly conservative, but serve the agendas of an establishment that has self-interested goals.

Conservative organizations lean heavily on messaging, but their messaging is really about influencing those who do have power. Their most effective messaging is filtered through populist and viral mediums that have the conservative brand, but are not really ideologically conservative.

Conservatives interface with FOX News or the Chamber of Commerce, which have institutional power and which provide a forum for conservative views, but which are not really conservative. The perception that they are waters down the brand and undermines the idea of conservatism.

Conservative overconfidence grew under Obama, but opposition to Obama was far more popular than any set of conservative ideas. Opposition to Obama became its own movement, but it didn’t stand for anything. It was a populist movement that was against things and looking for someone to lead.

Meanwhile conservatism became the victim of its own successes. The establishment crippled and then cannibalized the Tea Party. Conservatives finally emerged triumphant in a pitched battle with the establishment over amnesty. But the battle mainly served to discredit both sides in the eyes of a base that had seen a parade of former conservative heroes being exposed as villains.

And conservatism came in for a tug of war between established interests, intellectuals and the grass roots. There were and still are debates over what conservative principles really are. This election has shown that social conservatism and nationalism should be strong parts of a conservative platform.

The libertarian conservatism popular in some circles that packages together immigration, pro-crime policies and cutting social security is vastly unpopular and has no political base of support. This election has completely discredited it and it should be abandoned as soon as possible.

If conservatives want to win elections, their platform is going to have to be populist and realistic. That means small government, but the cuts have to start with the left’s sacred cows, rather than expecting the bulk of the Republican electorate to suck it up for the greater good. I would love to see a conservative candidate announce a plan to stop plowing more money into failed Democratic cities instead of announcing yet another bright scheme to slash the military or Medicare.

Likewise the “exporting Democracy” school of conservatives were thoroughly discredited by the Arab Spring. Their agenda is mainstream among the establishment, but conservatives need a sensible realistic foreign policy approach that avoids the extremes of nation building and isolationism, that puts national interests first while at the same time recognizing that we are a world power.

Americans have no interest in fighting wars for futile missions to build democracy. But neither are they willing to sit around and watch a group like ISIS take off. What is needed is an approach that emphasizes decisive military intervention against enemies without regard for collateral damage while minimizing American casualties. We should sharply slash much of our foreign aid budget and look at what actually builds influence and what doesn’t. Foreign aid should be closely interlinked with our economic interests, the way that it is in China, and our international interests. We are not a charity.

A small government, hard power, anti-crime, nationalist and traditionalist conservatism can succeed. It has succeeded in this election insofar as the leading candidates have adopted it, with varying degrees of sincerity. If conservatism is to be relevant, it is going to have to shed a lot of its liberal skin, dispense with the globalism that has seeped into it, and actually be conservative.

And then it might be ready to win elections.

This is where conservatives failed. Trump just exposed their failure. Someone can always be more against X than you are. The specific things that you are against matter less than the act of opposing. Being against something is its own truth and competing in that arena is more a matter of attitude than policy. And yet Trump has, in his own way, also laid out a coherent and easy to understand positive agenda. One of the reasons he’s winning is that his rivals have failed to do it. Trump distills his agenda into soundbites. The Republican field has positions that are too complex to boil down.

To the average voter, it’s easy to understand what Trump stands for. It’s hard to understand what his rivals stand for. All the endless articles about “How to Defeat Trump” completely miss the point. What his opponents had to do was attack him in a simple and crude way over and over again while making the contrast with their own agenda. They failed to do this. That’s why they’re losing.

The Republican Party in general suffers from an inability to communicate its agenda in ways that people can understand. Conservatives are not immune from this problem. During the Obama years, they compensated by doubling down on opposition. But they haven’t produced a positive, coherent agenda that appeals to people. And they haven’t bridged the gap with ordinary people.

The weak point has always been organization. The left won based on its organizations. These organizations have become more integrated than ever. Meanwhile the right’s organizations are vague and detached, pursuing ambitious goals without a realistic agenda. The organizations of the right occasionally suffice to win elections, but they do not suffice when it comes to making policy.

And they do not suffice at all when it comes to organizing a populist conservative movement.

Conservative organizations suffer from too much ‘insiderism’ making it easy for accusations about an establishment to stick. This insiderism leaves them at the mercy of the real establishment while preventing them from fully leveraging the grass roots to push back at the GOP establishment.

Conservatism needs its intellectuals, but it also needs its community organizers. We have quite a few of the former and not nearly enough of the latter. Conservatives will never achieve any lasting victories until that changes.

Conservatism isn’t dead. It’s underdeveloped. It’s in the midst of a pitched internal battle which has yet to be settled. And it has a huge head and a small body. That’s changing. It’s been changing for decades. But the country doesn’t have decades. So neither do conservatives.

Conservatives did achieve key goals. They pushed Congress to the right. They hurt the establishment.

Conservatives had managed to rally an opposition, while vastly overestimating their ability to set the larger agenda. This is a setback, not a curtain call for the movement. And setbacks are a learning opportunity.

A conservatism disconnected from actual people is never going to mean anything. Unpopular policies are a self-evident dead end. And organizing an opposition is not the same thing as proving you have the right to replace the thing you’re opposing. Among other things, that means cleaning house and having less tolerance for scandals and corruption. It also means becoming less dependent on non-conservative populist acts that blow with the wind to convey conservative messages.

Conservatives have revolutionary ideas. But they let the opportunity at building a revolution slip away leaving behind a dissatisfied base. That mistake cannot and should not be made a second time.