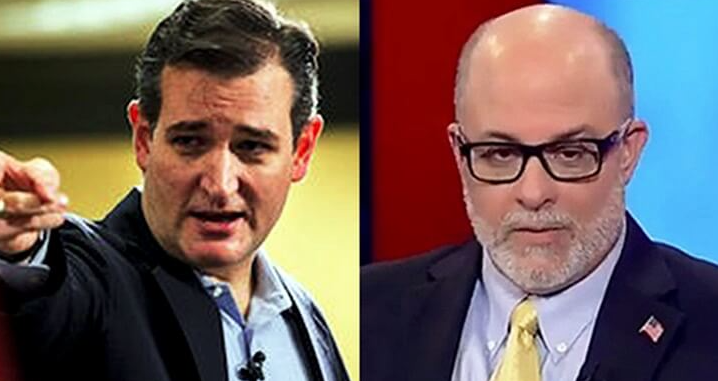 “Now is not the time for compromise. Now is the time for VICTORY!” These were the rousing closing words by conservative talk show host Mark Levin at the first ever Conservative Convention, held in Greenville, South Carolina, Thursday night. That sentiment sums up the mood of the entire evening.

Throughout the event, speaker after speaker admonished the crowd that we have the opportunity to elect a true conservative to the White House. The stakes have never been higher for our country. Too many times, the Republican party has settled for a candidate who does not represent conservative values. As a result the last two nominees were moderates who were not elected, partly because evangelicals and conservatives stayed home in droves.

The recent death of Supreme Court Justice Scalia took center stage as the audience was reminded how crucial the decisions of the next president will be on the court, and therefore on the nation. Michelle Malkin had this message for the GOP Senate regarding their role in confirming any appointee: “Don’t go wobbly! …We’ve had enough marshmallows.”

Too often even Republican presidents have not understood the importance of their role in appointing good justices to the Supreme Court, Ted Cruz pointed out. They have been willing to settle for someone they thought would be easier to confirm, and have appointed some judges who were not strongly conservative. The next Justice, he said, will have a huge impact on the direction that our country goes for the next generation.

Our very Bill of Rights hangs in the balance.

We cannot afford to play around with a Presidential nominee who has not demonstrated conservative values in their record. Cruz said that the place to figure out whether a candidate truly has those values and is not just talking a good talk is not in the Supreme Court. He vowed to only nominate and confirm principled Constitutionalists.

Because of the importance of getting the right justices appointed to the Court, Cruz said that “it is not one, but two, branches of government that hang in the balance” in this election.

Senator Mike Lee said, “It’s time to expect and demand the country we deserve, and it’s time to expect and demand the Supreme Court we deserve.” He took issue with the performance thus far of Donald Trump, without naming the billionaire candidate: “Don’t settle for a candidate who thinks he is a king.” (Or perhaps that was a dig at the current White House occupant?) “Don’t settle for a sideshow; expect substance.”

“Expect a President who will protect both your security and your liberty,” said Lee, confirming the concept that really should not be so elusive: “We can defend both of these at once.”

For too long, conservative Americans have had to settle for candidates and policies that are not conservative, and as speaker after speaker affirmed, that has been detrimental to our country. It is time for that to change.

The rally was open to all Republican candidates, but only Dr. Ben Carson and Senator Ted Cruz made an appearance. Ben Carson received a warm welcome and a standing ovation from the crowd. Despite this reception, it was obvious that the event was largely an endorsement for Ted Cruz. The arena was filled with his supporters. Cruz signs and buttons were everywhere.

Could it be that this is because Ted Cruz is the presidential candidate who most closely represents conservative values? The audience seemed to think so.