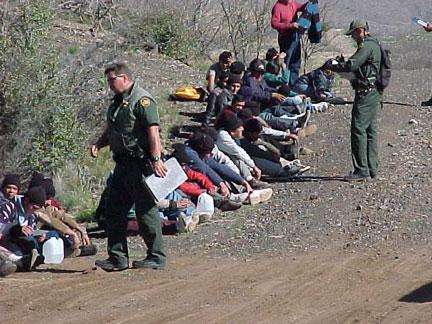 In a breaking story by Paul Bedard at the Washington Examiner, reports are coming from U.S. border patrol agents that they have been given orders to virtually allow illegal aliens to ignore deportation hearings and disappear into the population.

With what appears to be a shocking reversal of policy, U.S. Customs and Border Protection agents are being told to release illegal immigrants and no longer order them to appear at deportation hearings, essentially a license to stay in the United States, a key agent testified Thursday.

The go free policy, he said, has prompted thousands of Latinos to cross the border, and among them are hundreds of criminal foot soldiers, according to other testimony.

#RealWarOnWomen: Sentenced to Stoning in the Islamic Republic

GOP Debate: The Governor vs. the Freshman Senator