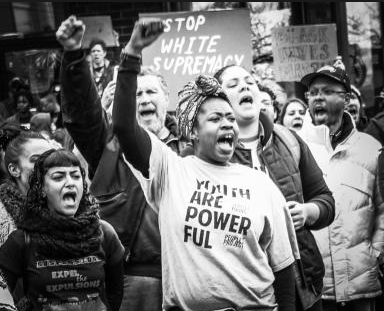 According to their website, Black Lives Matter is taking a stance on many different irrelevant issues, but most notably police brutality. I have attempted many times to concede their position, but the question remains, why have only African Americans encountered adversity from the authorities?

Approximately 168,000 Nigerians, 460,000 Ethiopians, close to 500,000 Liberians and over 91,000 Ghanaians currently reside in the United States. So I ask myself, are those with undistinguishable features from blacks just lucky? The assertion is simply that black people are being targeted because of the color of their skin, but based on the numbers, the notion lacks consistency.

African immigrants enjoy metropolitan real estate and are right in the thick of things.  New York, the District of Columbia, Philadelphia, and Baltimore are all highly populated with Africans excited to be in the U.S. Just in 2012, Nigerians ranked as the most educated ethnic group in the United States. Again, I am dumbfounded, some Black Lives Matter activists claim via Twitter the poor education offered in urban communities is part of “the plan” to stagnate blacks in America. However, the Nigerians are attending the same schools.

From what I gather, Black Lives Matter has only one purpose, and that is to further divide. BLM is being funded by George Soros, conservative hating Hungarian/Jew, in order to profit on the collapse of America’s economy. Reportedly, Soros paid BLM $33 million just to turn up the heat, pun intended, in Ferguson, Missouri.

Bottom line, Black Lives Matter lacks both consistency and rationality. If all blacks were being targeted based on melanin, Nigerians, Liberians, Ethiopians, and Ghanaians would fall victim to the same mistreatment. There are a few bad cops and even more untrained, but at the end of the day, there are more blacks being killed by each other. There is no doubt blacks are at a disadvantage in the U.S., but to further divide Americans is not the answer.

GOP Debate: The Governor vs. the Freshman Senator