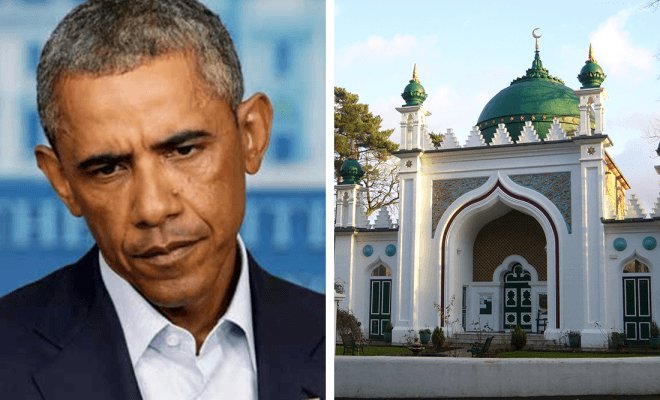 Fox News has released a report that Barack Obama will visit a Baltimore Mosque for the first time in his presidency.  It has been noted however, that this mosque is known to have extremist ties.  This article talks about the fact that eyebrows are being raised about the choice of this particular mosque since it reportedly has ties to the Muslim Brotherhood.  Fox says the controversy centers around a former imam, Mohamed Adam El-Sheikh.

“As a Muslim American I’m just insulted, this is disgraceful that this is one of the mosques — or the mosque — that he’s chosen to visit,” Zuhdi Jasser, of the American Islamic Forum for Democracy, told Fox News on Sunday. “This mosque is very concerning.”

He told The Washington Post in August 2003, when he was the imam in Falls Church, that Islamic law does not allow suicide bombings in most instances, but, “if certain Muslims are to be cornered where they cannot defend themselves, except through these kinds of means, and their local religious leaders issued fatwas to permit that, then it becomes acceptable as an exceptional rule, but should not be taken as a principle.”

Calls for comment from the Baltimore mosque were unreturned Monday. A programmed message on the phone line refers calls back to the White House.