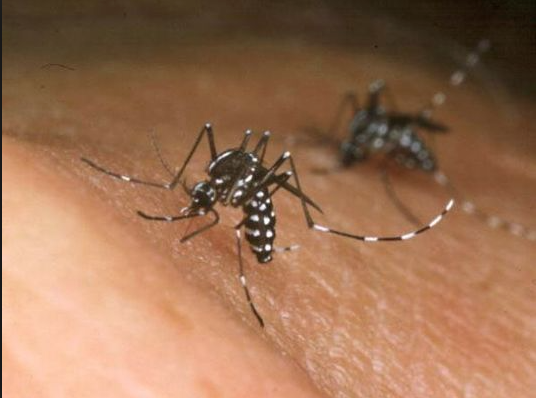 The World Health Organization (WHO) has declared an international health emergency concerning the mosquito-borne Zika virus and its link to the birth defect known as microcephaly.  Babies born with microcephaly have small head size and brain damage.  The threat is so serious that some South American countries are urging women to avoid pregnancy for two years.

Guillain-Barré syndrome is an autoimmune disorder in which the body usually is responding to another infection.  It has an immune response that destroys the covering of nerves and interferes with the ability of nerves to function and survive,” said Dr. Bruce Hirsch, an infectious diseases specialist at North Shore University Hospital, in Manhasset, New York.

Hirsch added, “What’s disturbing to me as an infectious diseases doctor is that until yesterday, my understanding of Zika is that the only risk was if you’re a pregnant woman, and now there’s a risk to anyone if this association [to Guillain-Barré] turns out to be substantiated.”

Preventing transmission of the disease is currently the only viable protection because there is no preventative vaccine for the virus.  “We’ve got no drugs and we’ve got no vaccines.  It’s a case of deja vu because that’s exactly what we were saying with Ebola,” said Trudie Lang, a professor of global health at the University of Oxford.

In January WHO predicted Zika “would spread to all countries in the Americas except for Canada and Chile.”  And indeed, Zika is already here in the United States; nine cases in Florida, Illinois and Texas among others.  So far, all known cases are associated with travel to infected countries.

There are no known cases of local Zika transmission. . . yet.  Given America’s wide open borders, unchecked immigration from Central and Southern American across our southern border risks bringing the Zika virus and maybe Guillain-Barre to a sanctuary city near you.

How the Animal Kingdom Exposes Leftist Utopia as a Sham