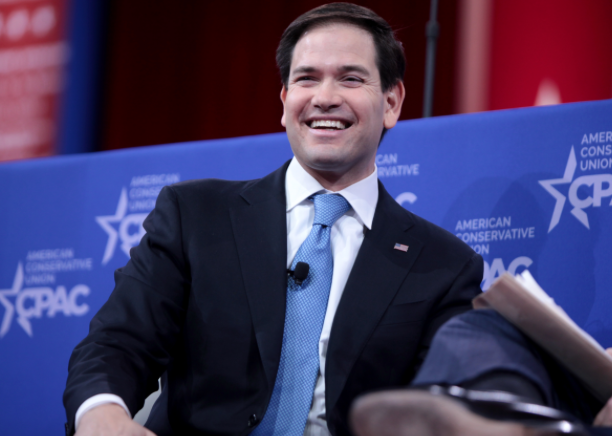 (Updated at bottom of page.) PolitiChicks just received the following press release from the American Conservative Union (ACU), stating Sen. Marco Rubio will not participate in CPAC in March.  From ACU:

WASHINGTON DC — Although, Marco Rubio has built a conservative record and has a high ACU rating, he and his campaign have made a rookie mistake. Today the Rubio campaign informed ACU’s chairman that their candidate is unwilling to make time to meet with activists and answer their questions at CPAC 2016. Sen. Rubio cannot have it both ways: he cannot hope to be the inspirational leader of conservatives and at the same time hide at the very moments when activists who comprise the heart and soul of the movement assemble and organize. For 43 years CPAC has been that critical moment, and this year’s conference will be the biggest yet.

Ronald Reagan came to CPAC 13 times; he launched his national political career from CPAC and our theme this year comes from President Reagan’s first public address after his 1980 election. That theme is “Our Time is Now.” Reagan’s words ring even truer today than when Reagan first said them. If we do not carry the country in 2016, America will be a different nation. But if conservatives are not central to the effort, we will fail before we even begin.

We also appreciate those candidates and former candidates who have made CPAC 2016 a priority: Donald Trump, Ted Cruz and Ben Carson, Scott Walker and Carly Fiorina (our former Foundation Chair.) They honor Reagan’s legacy and they honor the thousands of conservative activists who will spend significant resources to travel to CPAC to learn, be inspired, and eventually vote in our straw poll for the person they want to carry the Reagan torch.

UPDATE from ACU, February 24:  WASHINGTON DC — ACU and Sen. Rubio were able to work out a date for him to appear on the CPAC stage on Saturday, March 5th, 2016 at 11:35am(ET). Sen. Rubio has an ACU Lifetime Rating of 98% and is admired by conservative grassroots activists, many of whom came together to support his election to the U.S. Senate in 2010 and continue to support him today. The thousands of conservatives who come to CPAC this year will be eager to hear Sen. Rubio’s message on how best to restore our freedoms after seven years of President Obama’s attempts to “fundamentally transform” America.

“Sen. Marco Rubio has a strong conservative record and I’m honored to call him my friend,” said ACU Chairman Matt Schlapp. “We are grateful that the conservative grassroots activists at CPAC will have the opportunity hear Sen. Rubio’s message at this important moment in history.”