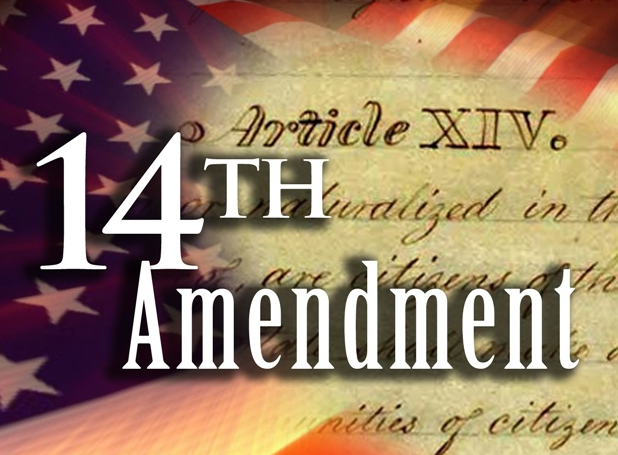 In an unprecedented legal move, an attorney in Alabama has filed a lawsuit against five Supreme Court Justices on Wednesday over the Obergefell vs. Hodges decision – the “Same Sex Marriage” case. While many conservatives have spoken out loudly about the landmark decision because of the court’s redefinition of marriage, attorney Austin Burdick takes issue with the majority opinion for an entirely different reason. He points out a monumental ramification that has been largely overlooked in the midst of the culture war – the decision actually redefines part of the Constitution itself.

The “Due Process” Clause of the Fourteenth Amendment has always been understood as a protection from government interference in individual liberty:  No state shall make or enforce any law which shall abridge the privileges and immunities of citizens of the United States; nor shall any state deprive any person of life, liberty, or property, without due process of law; nor deny any person within its jurisdiction the equal protection of the laws.

Burdick argues that the Gay Marriage decision essentially rewrites that clause to expand governmental authority instead of protecting liberty. The role of the Court is to interpret law and the Constitution, not rewrite it. According to the Alabama attorney, the decision by the majority of the Court “is a tyrannical usurpation of authority to rewrite the Constitution.”

The press release reads as follows:

The action will show Burdick suffers damages as a result of defendants’ abandonment of the Constitution, that defendants have no authority to rewrite the Constitution, and the nation must remain a nation of laws, not of men. Meaning not even judges are above the law.

The complaint specifically points to the 2015 Obergefell v. Hodges, opinion that abandoned the long standing tradition of interpreting the 14th Amendment as a protection of individual rights. The opinion acts as an expansion of government authority, rather than a protection of guaranteed liberties. Additionally, the defendants assumed to themselves the authority to redefine liberty itself; reframing liberty as a government issued benefit. As Burdick argues in his complaint, “freedom never was, nor ever can be, something that you stand in line to receive from a government office.”

The Defendants’ “interpretation” of the Constitution is completely divorced from the plain language of the text. This violates both the defendants’ oath of office and duty of “good behaviour” as required by the Constitution.

However noble the intentions of the defendants in issuing the Obergefelldecision, the advantage gained pales in comparison to the loss of a government of the people, by the people, for the people.

The New America Revolution Is On!