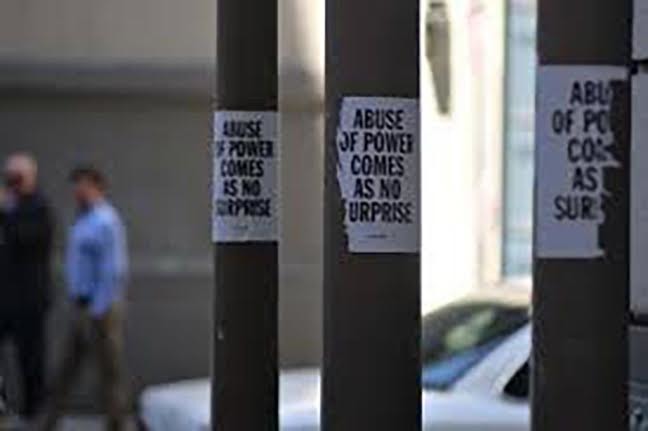 School officials are not allowed to send home campaign information home to parents through students. When the community’s “leaders of education” are fine and dandy with unethical behavior, what do you think is trickling down to the teachers and students? Many Superintendents have become demi gods in Oklahoma, many are making six figure incomes (more than generals and admirals), and are preaching the “not enough money” mantra relentlessly. They have become the cheerleaders for unending growth of government and will accuse you of hating children if you expect accountability. Some are willing to break the rules to manipulate elections.

In 2010, Oklahoma had State Question 744 on the ballot. I had been working on the campaign against it. The teachers union, Oklahoma Education Association, worked in cahoots with superintendents across the state to hatch a scheme to send “Yes on 744” campaign bookmarks home with students on the day before the election.  Fortunately, my daughter Kristen’s teacher jumped the gun and sent it out early on the Thursday before. Kristen was a Senior in High School, knew it was wrong, and brought it home between classes. We thought it was only in my town of Yukon, but with a little investigation, the dots were connected and uncovered the plan to use students state-wide in the Yes 744 campaign. This could be devastating to our state, and election day the following Tuesday would be too late. As a parent, I was able to step up to the plate to stop it. 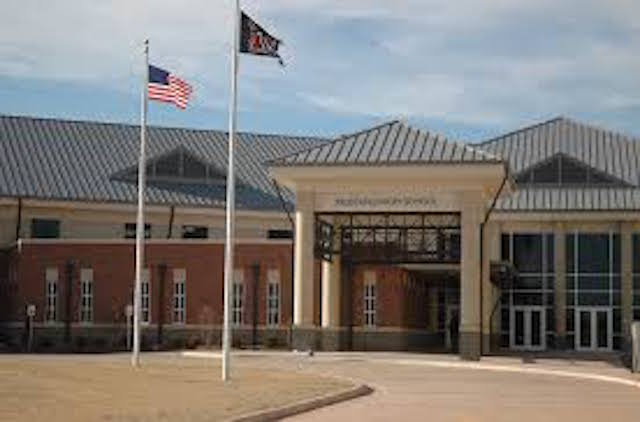 Because I have many friends in the school district, I was able to obtain a copy of the note from the superintendent to the principals of the school to send out the bookmarks the Monday before the election. My State Representative Colby Schwartz connected me with Attorney A.J. Ferate and we were on the phone at 6:30 a.m. Friday morning, and before a judge in an emergency hearing at 4:00. The lawsuit was against my local Superintendent Bill Denton (who is no longer here), the Oklahoma Education Association along with State School Superintendent Sandy Garrett. The outcome was the judge telling the OEA attorneys, whom I nicknamed Moe, Larry and Curly, that any Superintendent who did not stop these from going out would see her in court. We succeeded. The campaign material did not go out. SQ744 did not pass. The results were No – 81.41%, Yes 18.59%.

That was then–this is now and Superintendents are still at it. Parents, if you get any information regarding any election through your students you must step forward and stop it. Your children are not to be used by the government in this way. This problem is widespread and the only way to fight back it you!

“Superintendents in Oklahoma are using their taxpayer-funded positions and community influence to advance legislative positions and tax policies, and to offer professional advancement to teachers who join with them in political activism at taxpayer expense.

On Jan. 27, MiddleGround News learned of a letter, signed by Dr. Sean McDaniel, superintendent of Mustang Public Schools, which was sent to parents – using students as couriers – decrying the financial state of Oklahoma’s educational system. The letter declares that the financial state of Oklahoma education has declined for several years and to avoid rapid growth in class size, Mustang Schools have used the funds in the district’s carryover, or savings account. However, the district has seen substantial growth in population – 900 in the past two years.

Offered as a remedy to these fiscal and managerial difficulties, the letter advocates for an operational bond election in the amount of $4.5 million. Investopedia, a respected financial literacy educational organization, defines a ‘bond’ as, “a debt investment in which an investor loans money to an entity (typically corporate or governmental) which borrows the funds for a defined period of time at a variable or fixed interest rate.”

The Oxford English Dictionary defines ‘operational’ as, “Of or relating to the routine functioning and activities of a business or organization.” As such, the ‘operational bond’ that McDaniel campaigned for in the letter is a plan for the district to take out a loan for the purpose of funding the daily activities of Mustang Public Schools. Those critical daily operations include, but are not limited to, paying teachers, purchasing textbooks and paying the electric bill. The letter says that if the bond election is not approved, the schools will likely not be able to pay daily operational costs. Such a crisis could result in a default by the school district in terms of payroll contracts, purchasing commitments, utility bills and paying the bills for previous debts incurred by the district.

Mustang Public Schools were given voter approval in 2012 for a $98 million bond election that focused on buildings and facilities. Ultimately, McDaniel asked parents in the letter to vote in the Feb. 9 bond election and invited readers to contact him via email at [email protected] with any questions about the bond issue or what he sees as its importance for the district.

Like Superintendent McDaniel, Lisa Presley, superintendent of Tahlequah Public Schools, sent a letter throughout the district claiming that reductions in the state income tax are responsible, in significant part, for the state’s revenue failure in fiscal year 2016 and projected shortfall of fiscal year 2017. Presley quoted OK Policy Institute, a Tulsa-based left-leaning progressive think tank, and The Institute on Taxation and Economic Policy, a tax policy organization committed to “fair and sustainable tax laws that protect lower income Americans from regressive policies while generating revenues adequate to serve the public interest.”

To finish the letter, Presley implied that the achievement gap in Oklahoma schools was the result of income tax cuts in the state. She further blamed tax cuts for teacher’s salaries in Oklahoma being lower than the national average and made an emphatic call-to-action. “Change is imperative!” she wrote.

Bottom line:  Campaigning through your children is illegal.  Do not let the education system diminish your very important role as parent!