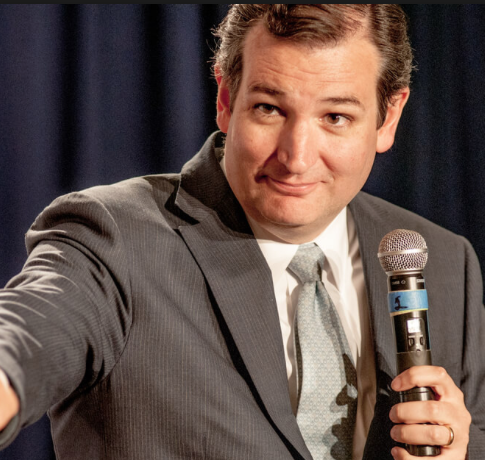 Under Article 1, Sec.8, Clause 4 of the United States Constitution, Congress establishes the rules for naturalization. We all know that “naturalized” is not the same as being “natural-born.” Simply put: you are natural-born if at least one of your parents was an American citizen at the time of your birth.

However, the issue is more subtle. The subtleties began with the passage of the 14th Amendment and continued throughout our history. Donald Trump is correct that whenever the law is in any way unclear, it is the High Court should interpret and determine what Congress meant. Had our Constitutional interpretation been strictly pursuant to the rules of “Originalism” and “Founder’s Intent,” (propounded by J. Scalia and Hugo Black) we would face fewer problems than we face now, with the structuralist and contextualist interpretations introduced by the New Left, including political balancing of interest (which modernly started with J. Frankfurter).

We all recall that the question of what “natural-born” means was hotly debated during President Obama’s candidacy and pretty much ever since. It was not as thoroughly analyzed and settled as it should have been. It keeps coming up with respect to the so-called “anchor babies” and their rights under “jus soli” or the Law of Soil, which dates back to the ancient Athens. Jus Soli grants constitutional rights as citizens and nationals to all people born on the U.S. soil (including the right to vote). Under Jus Soli, Senator McCain is a US citizen because he was born on a naval base (a sovereign US territory), but Ted Cruz would not have been, because he born in Canada.

Both parents of Sen. Cruz were U.S. citizens, however historically, it is arguable whether the Law of Blood (Jus Sanguinis) stands above the Law of Soil (Jus Soli): I am not aware of a case where a Roman general’s wife giving birth to a child while stationed abroad would not have given birth to a Roman citizen – mostly because Romans considered the whole world their territory and because pregnant women about to give birth would not travel outside Rome. Why? Because they wanted to assure that their children would be citizens of Rome.

We may trace the combination of Jus Soli and Jus Sanguinis to the Ancient Greece. In my view, the Greeks were more advanced in that a freed slave could have become a citizen of Athens, and a child born to a slave would have. To the Romans, on the other hand, all slaves were disposable chattels with no rights. Anchor-babies would have stood a better chance of becoming citizens of Athens than of Rome.

Similarly, what lies at the core of Mr. Trump’s argument is the combination of Jus Soli and Jus Sanguinis, which is applied when someone is born outside the U.S. territory. As of November 14, 1986, such a person becomes a “natural” U.S. citizen (as opposed to a “naturalized” citizen) if, and only if, the following criteria are met:

Senator Cruz clearly meets items 1 and 2. As to the third requirement, it is generally interpreted as follows: the citizen-parent must have lived in the United States for at least five years at any time prior to their child’s birth. There may be some room here for the argument that it has never been settled whether the five-year period must be consecutive or if it can be counted cumulatively, and whether the five years must immediately precede the birth of the child or it could have been at any time after the age of 14. However, in conjunction with the fourth requirement, it becomes clear that the five years could have been at any time between the age of 14 and the birth of the child. What is more, only two of the five years must have been after the age of 14.

Had clause 4 not been present, President Obama would have been in trouble because his mother was 18 when he was born and thus, by definition, could not have lived in the United States for five years after the age of 14. It should have been examined if she lived continuously in Hawaii (U.S. soil) from 16-18. We know that she traveled to Indonesia and possibly Kenya during this time.  What is more, this law applies to persons born after 1986. Prior to that date, the requirement was that both parents had to be U.S. citizens. As President Obama was born prior to 1986 and his father was a citizen of Kenya, it still remains to be seen if his presidency has been legitimate. If not, Congress should either make an exception or adopt a resolution “legitimizing” him as President ex-post-facto.

No such problem arises for Sen. Cruz, however, whose mother was in her 30s and did reside in the U.S. for at least five years after the age of 14. Either the High Court or Congress can shed more clarity on these conditions by defining whether the 5 years are intended as “cumulative” or “continuous” and what exactly is meant by U.S. soil. If, for instance, an ambassador’s wife stationed in Paris has to briefly leave the embassy (U.S. sovereign territory) and go to a Paris hospital, does the child become a natural-born US citizen?

Obviously, any intimation that a foreign-born national (God forbid with an accent!) should become our president is off-putting, especially to conservatives. But, ask yourselves, would you rather have a president who is a Constitutional conservative, excellent U.S. lawyer, patriot in all respect, standing up for our values and Bill of Rights – or would you rather vote for a “first-generation” natural-born socialist? Why should the latter be more of a citizen than the former? Isn’t that un-American?

I am full well aware of the fact that I am not “natural-born.” I may note this with a smile, but it does grind against my American Heart and Soul that I shall always be a “second-class citizen.” To console myself, I recall Albert Einstein, Felix Frankfurter, Madeleine Albright, Henry Kissinger, Arnold Schwarzenegger… Did they mind? Well, I think they did – but we still think of them as accomplished men and women, great Americans. After all, the People of the United States have the power to recognize a “naturalized” citizen as “natural-born” at any time – by a Congressional declaration of “eligibility” as to the particular person (Art.1, Sec.5), by means of legal interpretation from the Supreme Court – or, by a Constitutional Amendment.

I know it sounds far-fetched at this point, but such an Amendment may be desirable in future. Many smart, patriotic legal immigrants have come to our country and it may happen that one of them arises to the position of running for the office which requires that the candidate be a natural-born citizen…

We are an exceptional country. Our democracy is still young and, in many respects, fragile. Imagine: your great-grandfather may have fought in the Civil War! While Europe stands still, looking up to us, we are running forward with our Torch of Freedom, making progress for Humanity – truly – in leaps and bounds! Let us always do what is best for U.S., for our country and our future. If Ted Cruz had been born on Mars, I would still want him over the U.S. “natural-born” Bernie Sanders!

Movie Review: 13 Hours: The Secret Soldiers of Benghazi (5 Out of 5 Stars)