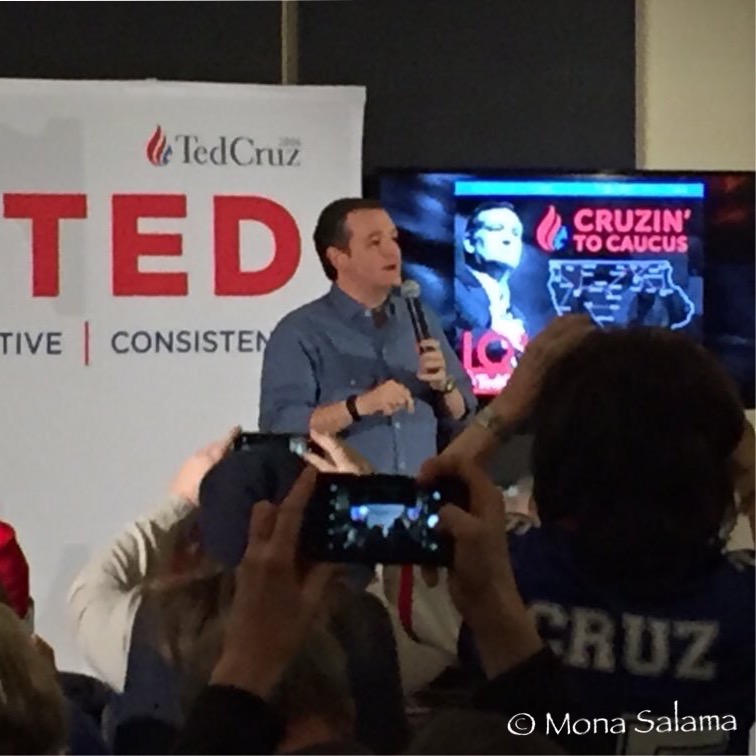 On the eve of the last GOP debate before the Iowa Caucus, Texas Senator Ted Cruz held a pro-life rally that was filled beyond capacity.

Held at Noah’s Event Venue in West Des Moines, Cruz brought in social conservative heavy hitters, all who endorsed the Texas Senator and have been hitting the campaign trail with him this past week. Before Cruz spoke, over 500 supporters heard from Texas Rep. Louie Gohmert, former Texas Governor Rick Perry, Iowa Rep. Steve King, President of the Family Research Council Tony Perkins, and influential Iowa conservative Bob Vander Platts of The Family Leader.

All five of them have endorsed Cruz and were on hand to explain their reasoning to their endorsement. Many drew sharp contrasts between Cruz and Trump, portraying the front-runner candidate as a flip-flopping liberal who recently adapted social conservative views only for a politically expedient. Vander Plaat characterized Trump’s “art of the deal” deal-making as code for compromising on conservative principles. “Trump says the establishment are warming up to him because he is all about the art of the deal, “Vander Plaats said. “I’ll tell you right now, the sanctity of life is not up for the art of the deal.” Rep. King pointed out this election is crucial for America and asked for prayers for Cruz to become their next president before it is too late. “Everyday raise up a prayer to ask God that he will use his influence to raise up a leader who will use to restore up the soul of America,” King said. “Ted Cruz is that man and he will carry our values to the White House.”

Beginning his rally Cruz mocked his current rival, Donald Trump by calling him a “gentle should afraid of tough questions.” The day before Trump decided to skip out on Thursday’s debate hosted by Fox News to host a rally to raise money for veterans. Cruz dared him to a one-on-one, “mano a mano” debate to be held in a venue in Sioux City, Iowa on Saturday night. He also suggested that Mark Levin, Sean Hannity and Rush Limbaugh to be potential moderators for the one-on-one match up.

“What does it say if a candidate says, ‘I’m not willing to stand in front of the men and women in Iowa?,’” Cruz proclaimed. “[Trump] doesn’t want to answer questions from the men and women of Iowa about how his record doesn’t match what he is selling. We have a venue, we have a time, now all we are missing is a candidate.”

Cruz continued to add on to the mockery, saying Trump is scared of Megyn Kelly who will return to moderate the debate in Iowa. “Apparently Mr. Trump considers Megyn Kelly very, very scary,” Cruz said in reference to the first Fox News debate where Kelly questioned Trump past misogynistic comments. “Donald is a fragile soul. She might ask a mean question and who knows what could happen. I mean, his hair could stand on end.”

“This entire process is a job interview,” Cruz said after challenging the front-runner. “Imagine if somebody said, I would like the job, but I am not showing up for the interview, what would you say?” Crowd members responded to Cruz’s question with Trump’s signature trademark TV-phrase – “You’re fired.” 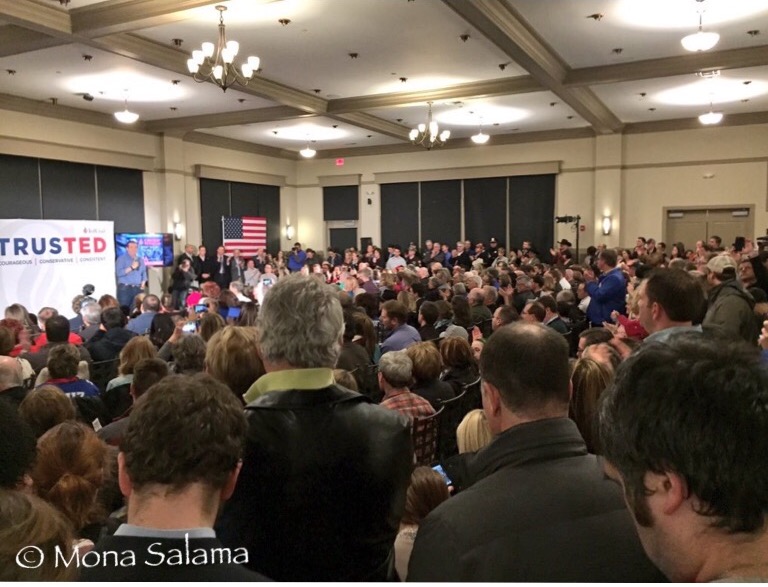 After touching on the debate issue that has dominated media coverage since Trump announced he would partake in the event, Cruz would hit on Trump flip-flopping issues such as his past support for single-payer health insurance and as well as his statement for being pro-choice. “In a Republican primary, everyone is going to say they oppose Obamacare,” Cruz said. “There is one candidate on that stage- well, technically now not on that stage who doesn’t say that. Donald Trump’s position on health care is he supports Bernie Sanders style of socializing medicine for everyone.”

On Trump’s past comment about being pro-choice, Cruz argued that he is the only candidate that is a truehearted social conservative while the others are just talking. “We can’t get buried again, we can’t fall for campaign rhetoric again,” Cruz asserted. “If you are really a conservative you should have to tell anybody.”

“Don’t tell me you are pro-life, show me,” Cruz continued. “Every human life is a precious gift from God and should be protected from the moment of conception until the moment of natural death.”

Cruz is set to do the “full Grassley” campaign strategy coined after Iowa Senator Chuck Grassley, who campaigned at all 99 counties in Iowa before the election. By Monday, Cruz said he would complete the “full Grassley” just hours before Iowans head to the caucuses.