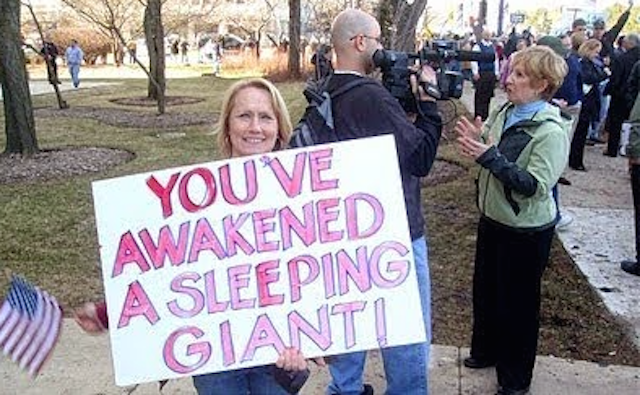 In the aftermath of the tragedies that occurred on September 11, 2001, Americans had to cope with a great many evils. They were confused about the future, desperate to regain the sense of security they’d had previously, angry at the unconscionable murders that had taken place. More than anything, however, they were frightened. It had simply never happened in the 20th century – with the sole exception of the Japanese sneak attack on Pearl Harbor – that American soil had been so ruthlessly and brutally attacked, and now that it had happened, the danger seemed all too real that it could happen again. Suddenly, no one was safe, and everyone felt the need to protect themselves and their families.

No one better exemplifies this phenomenon than the group known in American politics as the “Security Moms”. This was the name given to mothers in the United States who were desperate to keep their families safe in these new, uncertain times – and they spoke with their votes. Overwhelmingly, they sided with the Republican Party, believing that the GOP was best equipped to present candidates capable of ensuring what had just rocketed to the top of all concerns: National security.

In modern times, after seven years of ineffective leadership by Barack Obama, the world has destabilized, uncertainty has taken hold again, and the security moms are back. It’s no wonder they’re scared. Today, we are beset by a seeming epidemic of “mass shootings” that are treated and reported as criminal matters and blamed on lax gun safety laws, when in reality they are often perpetrated by Islamic terrorists. The Middle East is less stable than ever before, with ISIS expanding at an alarming rate and American leadership in the battle against it having been essentially neutered in favor of Russian action. The United States, in short, is unsafe – more so than it has ever been since 9/11.

As usual, President Obama is only making things worse. Every time a horrible shooting occurs, he predictably appears on TV, bemoaning congressional “inaction” on gun control and even crying in frustration over the lives lost to what he calls “criminals” – not “terrorists”. His most recent solution, executive action enforcing his gun control agenda, is both a constitutional outrage and yet another ineffective move by an ineffective president. Disarming honest, law-abiding Americans who own guns to protect themselves and their families – from the kinds of evil monsters who perpetrate the shootings that bring tears to Obama’s eyes – will not solve our problem. It will only make it worse. These are terrorists, people willing to give their lives (in most cases) just to murder Americans. Is it really such a stretch for Obama to imagine that they are willing to break the law to get weapons? And that’s beside the fact that our elected President seems to believe that he is a King. He does not have the authority to make law – that is the legislature’s job. If he is frustrated that congress does not agree with his radical gun-grabbing policies, he has the same remedy as every other American: He can vote for representatives he likes. His current employment status as head of the executive branch of government – which enforces laws, not creates them – is utterly irrelevant.

Obama’s failures to protect this nation (and again, to now seek to make it even less safe) have emboldened female voters to protect their families. It has never been more clear that the sitting president is not able to do the job of keeping American safe. Women will become more politically active because of the failures we’ve seen from government, and as they seek security, they will turn to the Republican Party. This will be a great boon for the GOP in the coming 2016 elections, the results of which will hopefully allow us to get back to the business of protecting the United States – competently, and correctly.

Daniel Greenfield: Bernie Sanders and the Threat to the Left's Aspirational Brand