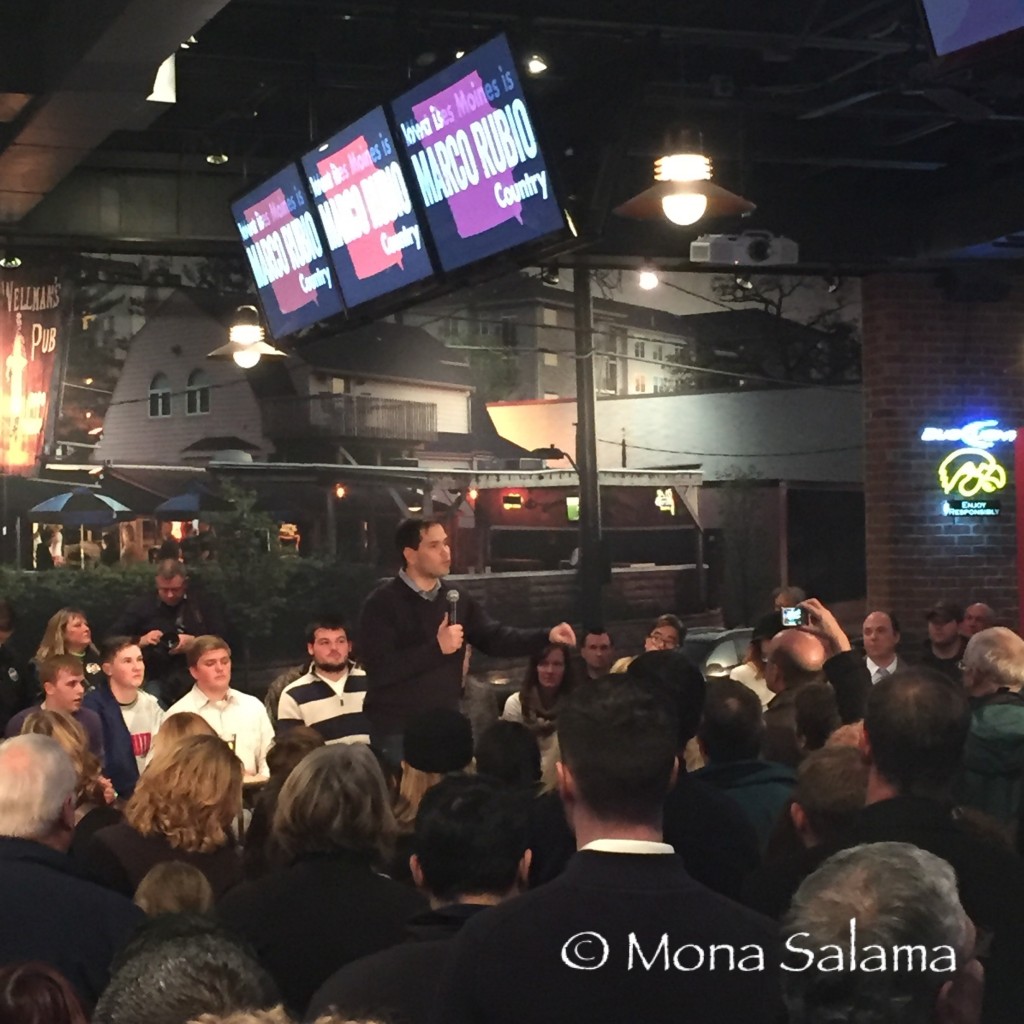 Republican presidential candidate Marco Rubio held a campaign rally on the eve of the last GOP debate before the Iowa Caucus.

Introduced by Senator Ben Sasse of Nebraska, Sasse praised Rubio at Wellman’s bar and rooftop in Des Moines, Iowa before he unleashed his reasoning to vote for anyone but Trump. Joining the 2016 campaign to stump for Rubio, Sasse is hitting the trail in Iowa as well as social media to make the case that Trump is a bad idea for the Republican Party. Sasse didn’t endorse the Florida Senator or any other presidential hopefuls he has stumped with so far.

Calling his fellow colleague a “very strong defender of the Constitution,” Sasse continues his intro by adding that Trump says “sort of strange things” that is unconstitutional. “Right now we have a front runner in this race that says sort of strange things,” Sasse said. “If I am elected President, he says I will be able to do whatever I want. We don’t need a Republican Obama, we need a constitutional recovery.” 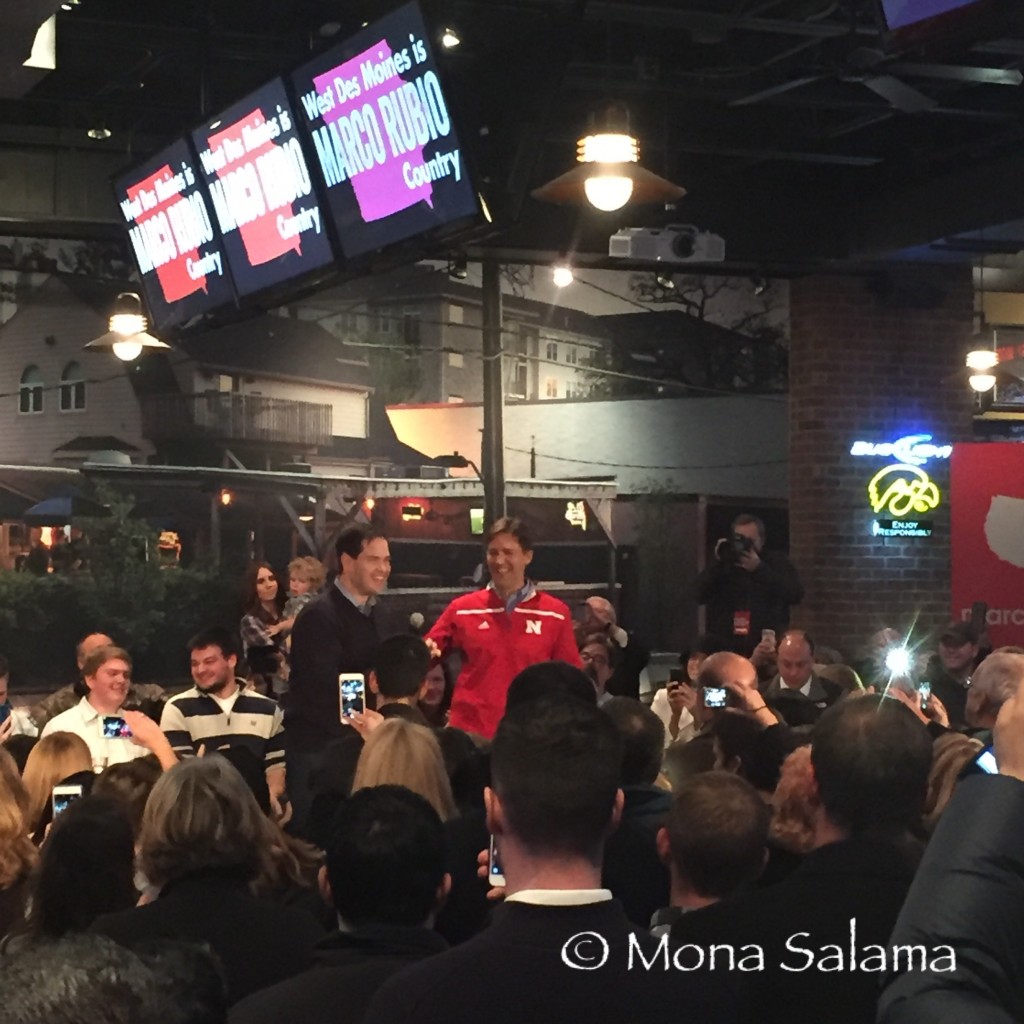 In an attempt to stand out as the primary choice for nominee, at a time where most grassroots Republicans are angry and see an alternative option for the nominee, Rubio’s message of the American Dream has not made much significant headlines. However, he is considered to be the candidate that is most likely to make a late breakthrough if only he emerges as an alternative if coming in third place in most first in the nation voting.

With Trump and Cruz dominating the media headlines in recent weeks, Rubio calls the whole drama escalating between both front-runners a “sideshow.” Rubio expressed his frustration with the media focusing on Trump skipping out the debate with Cruz challenge of a debate with only Trump adding on to the coverage. “I know 90 percent of the press is covering this whole thing of ‘Oh, Trump’s not going to show up’ and ‘Ted Cruz is challenging him to a one-on-one debate,” Rubio said. “These kinds of theatrics by Ted Cruz and Donald Trump are an entertaining sideshow,” he said, adding it does make for interesting television but doesn’t help to solve problems. “They have nothing to do with defeating Hillary Clinton. We don’t have time for these kinds of distractions.”

Rubio continued to say if the Republicans lose this presidential election against either Hillary Clinton or Bernie Sanders, both would continue to follow President Obama controversial policies will still be in place such as Obamacare, and the threat against the United States will increase as “America’s standing in the world will fall.”

“Now it’s the time to decide,” Rubio said. “I am asking you Monday night to go to your caucus site and vote for me. He also informed the attendees that his campaign would be targeted caucus supporters nonstop until Monday night to get out and vote. “Between now and Monday, my campaign will be bombarding caucus supporters with emails and phone calls,” Rubio said, concluding his remarks before rushing out of the venue. “And then we are going to leave you alone until September when we come back and I will be the nominee.”

According to recent polls in Iowa and New Hampshire, Rubio is still in third place with little to no momentum lately to knock out Cruz from second place. With less than a week to the Iowa caucus and two weeks until the New Hampshire primary, Rubio is in no position to win either in the nation states. However, his campaign expects that New Hampshire will knock out his toughest competitions, former Governor Jeb Bush, Governor Chris Christie and Governor John Kasich, all vying to win in the Establishment lane.