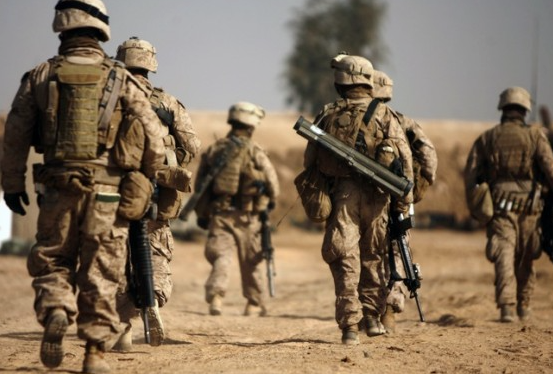 There is so much going on around the world and in our transformed country that it’s hard to keep up sometimes. Too often the hypocrisy is mind numbing and the irony is incredulous to make a whole lot of sense about things.

When it comes to the war on terror (which Obama has spent the past few years declaring as over), the ‘JV teams’ have allegedly been on the run.  Yet we see the same situation happening in Afghanistan that we did in Iraq when Obama withdrew American troops while claiming victory. We lost another Soldier in Afghanistan. As of this writing, we still have trapped Special Ops surrounded by Taliban forces. 6 families had to face Christmas without their loved ones and now this, as Obama’s failures are the gifts which keep on giving.

While the world suffers from Muslim terrorist attacks, our government worries about the hurt feelings of Muslims even so far as proposing a bill “condemning violence, bigotry, and hateful rhetoric towards Muslims in the United States.” And while our esteemed representatives wrestle with the atrocities of Islamic terrorism by condemning so-called “hateful rhetoric” against Muslims, I don’t recall them ever coming out condemning violence, bigotry and hateful rhetoric against Christians. But then again, no one is worried about Christians because they’re not lighting the world on fire, raping, stoning and beheading people…

Apparently Obama’s litmus test for refugees includes allowing Muslim refugees to invade America en masse, providing thousands of dollars to Social Justice progressive wings of Christian churches, and suggesting that denying these un-vetted Muslims is un-American.  Yet the administration admits that Christians in the Middle East (reportedly 2 percent) are in desperate need for refuge and are being murdered for their faith in Christ.

Yet at a time where terrorism is rampant all over the globe, our transformed society focuses on disarming Americans by infringing on the 2nd Amendment. While Obama says “trust me”, he lies by claiming that violent felons can go online and buy weapons “with no background check, no questions asked.”  (The irony is sweet; the harder Obama talks about controlling American’s right to defend themselves, gun sales have been through the roof.)

It’s amazing that while Obama bent over backwards to the Iran regime and granted their abilities to develop nuclear capabilities, the administration has been relatively quiet during the latest tensions between the Saudis and Iranians. The Saudis recently executed a number of prisoners, including Sheikh Nimr al-Nimr, who had advocated an Iranian invasion of Saudi Arabia and war on the U.S. and Israel, among other places. It’s too bad this much news has never been stirred for American prisoners still being held in Iran, including Pastor Saeed Abedini and Marine Veteran Amir Hekmati, who was arrested as a spy when he went to visit his grandmother.

Also falling under the radar is the treatment of our Veterans, especially in comparison to the pandering to every social cause du jour of the liberals in our country. Recently a Veteran was turned away from an inpatient program at a local VA facility because he wasn’t allowed to bring his service dog. Apparently the VA is exempt from the Americans Disability Act’s requirement that private businesses and most public buildings give access to service dogs at their facilities…Meanwhile, Washington State is making it illegal to prohibit a transgender individual from using public bathrooms, showers or changing areas, even if they’re designated for the opposite sex.  So Veterans who have suffered real injuries for laying their lives on the line can’t go to certain Veteran centers if they have a service dog, but hey! Guys who think they’re girls can certainly go shower with your daughters and there’s not a darned thing you can do about it.

Until/unless changes are made, these are some of the priorities and new privileges our Transformed America has bestowed upon us all…

Presidential Candidates and the War We Are In