It was on a cold morning in the Fall of 1997 when I received my first CIA document. It was market “top secret” and I had to go to the Secret Service building in person, pass through two security “tolls” and sign twice, two separate documents promising I would not reveal the “secrets” I was going to be privy to. I carried that envelope as if my life depended on it… What a surprise it was to me when I reached my office and opened the file – only to see some gobbledygook about Oregon militias. Really? Was the Czech Secret Service really interested in this? Why?

Well, post-communist Europe was trying to copy the United States in everything: the bicameral representative democracy, the system of checks-and-balances… Why the United States government was interested in some armed farmers trying to protect their land was something I did not contemplate or question at the time. The information could not possibly have been of any use to the Czech government. It was not my business to inquire into the subject matter though, and – you know how it goes with these “top secret” documents – the sooner you forget, the better. I would have never thought, not in my wildest dreams, that those ten or fifteen pages of incoherent descriptions of some men allegedly “training” in an Oregon forest would ever come up again in my life! 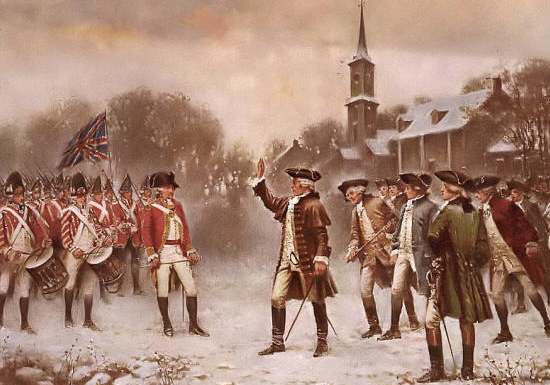 We all remember Concord and Lexington where the militias rose up against the British oppression. Militias are basically “all able-bodied men over the age of 17” up to 64. Yes, all such men should have guns and be able to participate in their states’ “unorganized militia” training or whenever called upon by the governor. Militias were originally to provide for our common defense, because there was no standing army at the time, which was of utmost concern to George Washington, who was well aware of the drawbacks of militias in terms of military skills and organization. Two days before his death, in a letter to Thomas Jefferson, George Washington urged that a military academy be founded to create a standing army. He is the father of West Point – and the rest, as they say, is history.

Not so fast! Militias continued to play a significant role in the war of 1812, the Civil War, and pretty much all other wars we have ever waged. The only problem has always been organization, command, and sometimes also willingness to serve for long periods of time. After all, militia men are fathers, sons, men who have families and have to make a living…

In 1903, Theodore Roosevelt, issued an order to state governors to “keep militias ‘in check’ so no more than several hundred would be in training and on the ready in any state at any given moment.” Why? Did he fear common men would rise against their government? It is also not coincidental that Theodore Roosevelt declared the area where today’s stand-off in Oregon is taking place a National Wildlife Preserve in 1908 (a reservation for migratory birds, that immediately moved to the tilled farming land for food and nesting; and for Indians, although there had not been any at the time and have not been any since). Thus, he took this land from the people, appropriating it for the government. Why? Because land means power, independence, liberty! Since 1908, our Federal Government has been steadily expanding – which also means taking more land from the states. 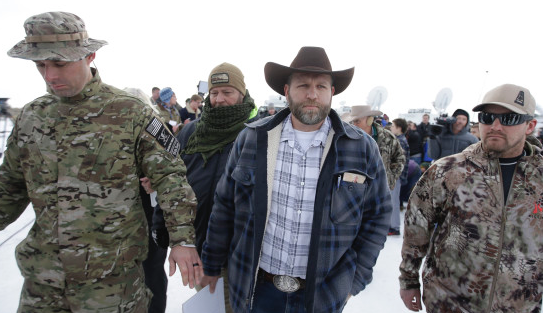 The men who took over the Federal building in Oregon are farmers with guns – the so-called “unorganized militia” (10 U.S.C.). They are sometimes referred to as a “reserve militia.” In other words, they are the descendants of the men who stood up in Lexington and Concord against the British and fought valiantly for our freedoms whenever they were under assault. Remarkably, during the Civil war, Oregon, Washington, and California were significant providers of unorganized militia forces for the Union – supplying infantry and cavalry both to resist the Confederacy and suppress civil disorders caused by the secessionists, Copperheads, Mormons, Native tribes…

The Harney Basin where the Hammond ranch is located was settled in the 1870 and, by the time President Roosevelt established “Malheur National Wildlife Refuge,” local ranchers were grazing over 300,000 head of cattle on this land. The Hammonds bought the ranch in 1964. Since the 1970s the Fish and Wildlife Service (FWS) along with the Bureau of Land Management (BLM) have been forcing them out, buying adjacent land, revoking permits to graze, and making their lives miserable. Nearly every farmer succumbed to the pressure and left – not the Hammonds. In spite of all the hurdles cast their way by the tax-paid apparatchiks, they continued to care for their land and cattle.

We all know that farmers have to “burn” the land to increase health and productivity. It is done all over the world since 5,000 B.C. The Hammonds put the fire department on notice of such annual “burns” in 2001. In 2006, it helped save their home and prevent the spread of wildfires. It probably saved the state and federal governments significant amount of tax monies, too. Instead of being grateful, federal agents arrested them! The judge found this absurd and released them with nominal reprieve.

Five years later, in 2011, they were arrested again. Mr. Hammond and his son were sentenced to five years as TERRORISTS under the Federal Anti-Terrorism Death Penalty Act of 1996! Their home was raided by the federal agents, exonerating evidence disappeared, the Hammonds’ attorney was given restricted access to evidence (1 day – the Federal prosecuting attorney Frank Papagni had full access for a week), and “witnesses” were brought in to testify against them – one mentally challenged, the other did not know anything about the farming customs of burning and tilling the land… Consequently, the Hammonds were found guilty, fined $400,000 and received a “minimum terrorist sentence” 3mo (father) and 1 year (son). They duly served their sentences and were released.

Upon their release the Federal Prosecutor Papagni went on a crusade, appealed to the 9th District Federal Court, and had the Hammonds return to prison for 5 years. Imagine this breach of double jeopardy and cruel and unusual punishment taking place against a member of BLM! The son, Steven Hammond is 46, has a wife and 3 children. His father Dwight is 74. He has to leave his wife Susan after 55 years of marriage. If he survives, he will be released when he is 79.

This is a generational feud of the people v. the government – Dwight Hammond’s father, Steven’s grandfather, died of a heart attack during the previous litigation. BIG COUNTRY! Where is Hollywood? Sucking up to the administration? It is also worthy of note that U.S. Attorney Amanda Marshall (who made the recommendation to challenge the Hammonds’ original sentences) resigned in May 2015 for “health reasons” amid a scandal (accused of stalking a subordinate).

When the power is taken from the people, when the justice system becomes corrupt, when all other measures fail – where can the people turn? The power of the people rests in the vote, their security in the militias. Thanks to our President, the “organized militias” are now facing the “unorganized militias,” very much like the Democrats are facing the Republicans or – even more poignantly – the political establishments of both parties are facing the rise of the people. Wake up! Those farmers in Oregon represent US, the United States of America, against ALL dangers, domestic and foreign!

Daniel Greenfield: America Doesn't Have a Gun Problem, It Has a Democrat Problem

Presidential Candidates and the War We Are In