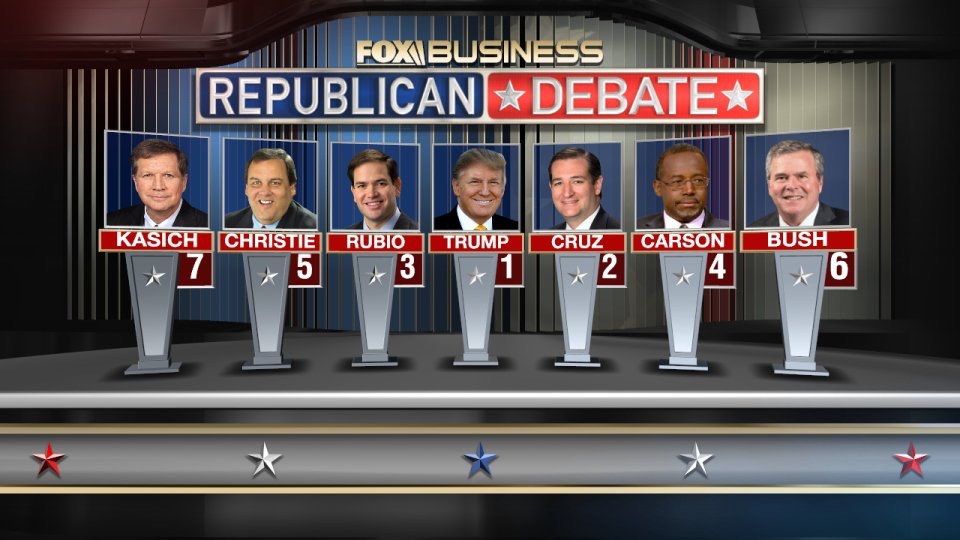 This marks the first time a GOP Debate only will have seven candidates appearing in the prime-time debate.

Fox Business Network announced Monday night the seven candidates that qualified for the main-stage lineup and Senator Rand Paul is not happy about it.

Paul who has been on the main stage in all five previous debates has been relegating along with Carly Fiorina to the first-tier “kiddie table” stage. Unhappy with being booted off the main stage debate, Paul has decided to boycott the entire debate. “I won’t participate in anything that is not first tier because we have a first tier campaign,” Paul said prior to Fox Business announcement. 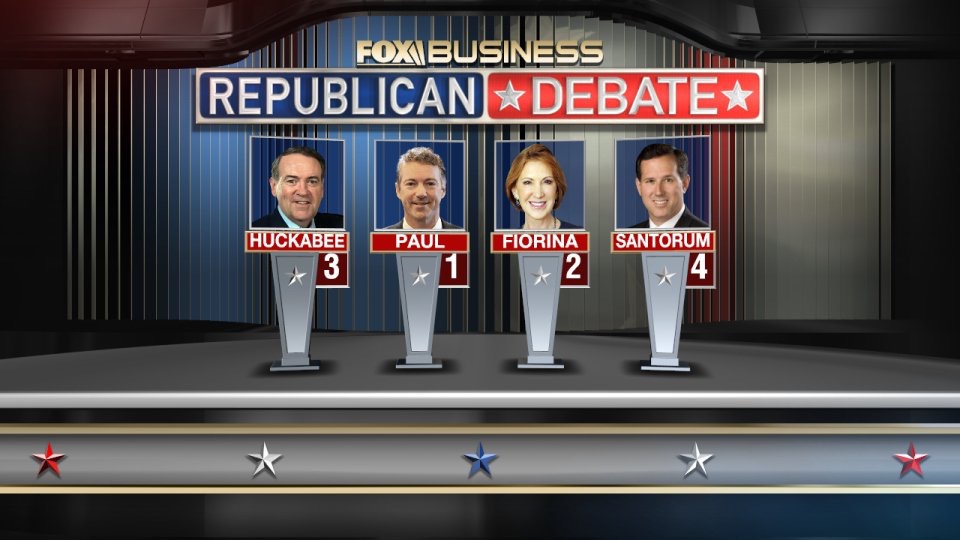 Only seven candidates have qualified for the main stage based on Fox Business criteria of candidates with top average of five most recent national polls, as well as those who finish in the top five in either Iowa or New Hampshire polls. Both Paul and Carly failed to meet those criteria.

Paul cites the criteria as “a mistake” from Fox Business. “It’s a mistake because the thing is we actually have been in the top five or six in most of the recent polls. Last week in a national poll, we were just one point out of fourth place,” Paul said to CNN’s Wolf Blitzer. “So I think it’s a mistake to try to exclude me from the national debate.”

His campaign released a statement protesting the decision and Paul’s treatment by the media. “Multiple national polls including CNN, CBS, Fox, Marist and others have [Paul] in 5th or 6th place, one poll has [Paul] just a single point out of 4th place. In multiple polls, [Paul] scores ahead of Jeb Bush, Chris Christie, John Kasich, and Carly Fiorina.”

According to Real Clear Politics polling, Paul national average has him placed in seventh with an average of 2.8 percent. John Kasich has an average of 1.8 percent and is placed in 9th behind Paul and Fiorina. However, Kasich high polling average in New Hampshire of 11.2 percent secured his spot in the prime-time debate

As for Fiorina, she will partake in the undercard debate and hope to recapture the widely praised performance she received in the first debate that placed her in the main stage debate with rising poll numbers. However, her poll numbers have steadily declined since the second debate where recent national survey has Fiorina polling in low single digits with an average of 2 percent.

With less than three weeks until the Iowa caucus and a month before New Hampshire primary, the attack ads to the current GOP front-runner Donald Trump are piling up from his rivals vying to take down his ranking. However as attacks continue to shoot towards Trump, they only help his poll numbers rise as the attacker poll numbers start to decline.

The latest new video aimed at Trump came from former Florida Governor Jeb Bush campaign. In this video called “Taking a Stand,” it features Tim Dyar from South Carolina who has a 12-years-old son Breylen who suffers from cerebral palsy. Dyar in the video cites Trump’s alleged remarks that mocked a New York Times reporter for his physical disability adding he wants to make sure that Trump does not become the Republican nominee.

“It’s just not right. It’s not presidential. I have a 12-year-old son who is handicapped. He has cerebral palsy and that just made me so angry,” Dyar says in the video. “I had to do something to make sure Donald Trump is not the nominee.”

During a November campaign rally, Trump impersonated the New York Times reporter who retracted a report about the World Trade Center attacks. Trump’s hand gestures while ridiculing the reporter retraction appeared to many that Trump was mocking the reporter’s disability that limits his arm movements. The spar between Trump and the Times reporters began over one of Trump’s controversial statement in which he used the New York Times report to back up his claim.

Trump declared that “thousands and thousands” of Muslims gathered in Jersey City, New Jersey to celebrate the attacks on September 11. Trump cited the reporter age-old report as evidence for his argument as the media and rivals questioned his claim. The reporter insisted that particular reporting has no substance to be used as standing in which Trump argued the reporter should stand by his reporting.

Last week in a town hall event in New Hampshire, Bush laid out exactly why he thinks Trump is a jerk due to his mockery of the reporter disability. “When anybody disparages people with disabilities, it sets me off. That’s why I called him a jerk. Because he disparaged a person who he knew had a disability and make fun of him,” Bush said in response to a question.

Earlier Tuesday morning, Ben Carson released his policy plan for restoring America’s global leadership and rebuilding the military. The plan is titled “Prescription for a Safer, Stronger America,” Carson lays out six principles that promote peace and stability while providing security for the United States.

“As Commander in Chief, I will restore our military capabilities to levels fitting of our legacy as a world leader for peace and prosperity,” Carson said. “I will ensure that our brave men and women in uniform are the best-trained and equipped military in the world, ready to respond to any threat to our national security.”

With Carson poll numbers slipping to fourth place and low digits in New Hampshire as well as shake up in his campaign staff, the one time front-runner is looking to change voters mind amid questions of his readiness to be commander-in-chief.

Here are the six principles of Carson’s foreign policy plan:

Bush and Paul with 4%

Christie and Huckabee with 3%

Kasich and Fiorina with 2%

Carson and Bush with 6%

Christie and Fiorina with 3%

Follow The Candidates on the Campaign Trail for January 13, 2016:

Can You Handle the Truth?

America Welcomes Relief at the Gas Pumps (But For How Long?)