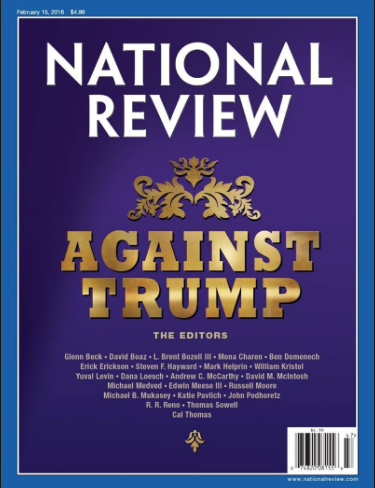 Welcome to the #MonaLog – a PolitiChicks Insider glimpse into the 2016 race.

The January 28 GOP debate held in Des Moines, Iowa hosted by Fox News network announced its format for both primetime round and the undercard round. Moderating the final debate before the Iowa caucuses on February 1 will be Megyn Kelly, Bret Baier, and Chris Wallace.

The network will also have a “kiddie table” undercard debate for the lower-tier candidates. To qualify for the undercard, the candidate must register at least 1% in one of the five most recent national polls.

Looking at the polls so far to determine debate standing, the latest five national polls average according to Real Clear Politics has Donald Trump with 34.8%, Ted Cruz with 18.8%, Marco Rubio with 11.6%, Ben Carson with 8.8%, Chris Christie with 3.4% and Jeb Bush with 4.8% as the top six candidates.

The national average of John Kasich, Carly Fiorina, and Rand Paul has them average with 2.4%, 2.4%, and 2.2% in that order. This means that Paul, Fiorina, and Kasich so far will be booted from the prime time stage unless they get a boost in one national poll to help their standing.

Trump took to twitter to dismiss the attack, calling the magazine a “failing publication that has lost its way.” After Trump’s twitter attack, the RNC has disinvited the magazine from being one of the hosts of the February 25th GOP debate in Houston.

Our #AgainstTrump symposium will be live on the website at 10pmET pic.twitter.com/A47BD0aJn1

National Review editor Rich Lowry has been vocal of Trump since his announcement bid for the GOP nod in June of last year. For a while, Lowry reached out to fellow conservatives who oppose Trump to gather a group of essays for this issue. Many conservatives have refused or are unwilling to take a stand against Trump. Jeb Bush tweeted in response to the cover on Thursday night.

“Welcome to the fight, all. Trump is not a conservative,” Bush tweeted.

Thanks to the help of evangelical voters, Cruz is leading Iowa in first place but according to one of his GOP opponents, he is being criticized over his tithing to the church. “I just think it’s hard to say God is first in your life if he is last in your budget,” former Arkansas Governor Mike Huckabee said in regards to a Buzzfeed story.

Buzzfeed report is based on Cruz 2012 tax returns released when he ran for the Senate. In the report, Cruz who identifies himself as a Southern Baptist contributed less than 1 percent, $44,000, of his income to charity between 2006 and 2010.

Huckabee continued to criticize the 1 percent contribution saying his validation is a political endeavor. “If I can’t trust God with a dime out of each dollar that I earn, then I am not sure how I can tell him that I trust him with my whole life,” Huckabee said. “To me, it’s a validation of a person’s stewardship and whether they put God first in their life, not just in their political endeavors.”

A new group called Americans United for Values has now launched attack ads since the Buzzfeed article to take down Cruz. The 60-second radio advertisement in Iowa harshly criticizes Cruz, accusing the Texas Senator of positioning himself as an evangelical-friendly candidate but says other things. The commercial highlights the recent tax report from Cruz. “I also heard he gives less than 1 percent to charity and church,” one of the female voices in the radio advertisement says. “He doesn’t tithe? Isn’t he a millionaire? His wife worked for a big Wall Street bank, right?” another female voice says.

Bush and Huckabee with 3%

Christie, Kasich, Fiorina, and Santorum all poll with 1%

Christie, Paul, and Kasich are polling at 6%

I would have made a great NFL player if it weren’t for my lack of size, speed and talent. #FallonTonight https://t.co/B7xPX1cxEK