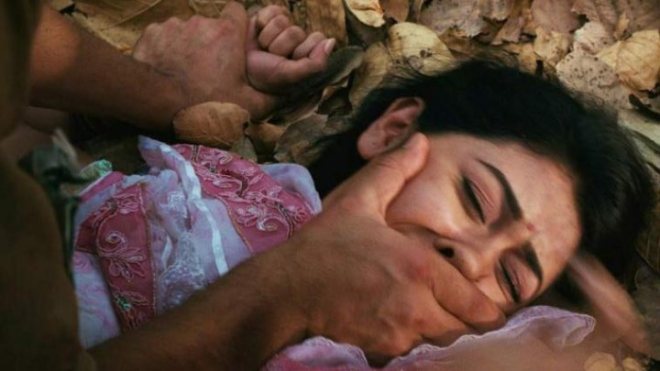 The leftists in the west must be getting pretty perturbed about all these rampant Muslim rapist reports coming out after what happened in Cologne, Germany on New Year’s Eve.

There are so many ways to look at the recent spate of rapes perpetrated on Western women by Muslims, while also remembering that Muslim women and children have been suffering the same insidious acts against them for centuries.

When one thinks of American leftists with their years’ of propagating a fake Republican War on Women while spreading the “Islamophobe” narrative every time people dare to question Islam and Muslims’ crimes, it’s amazing that they are virtually silent when their two main pet causes clash.

As western liberal women lament Christian Conservatives and equate us to the Taliban because we don’t want to pay for their birth control and abortions, they seem to clam up when women and girls are getting acid thrown in their faces, stoned, whipped, raped, sold as sex slaves and murdered in predominantly Islamic countries. Where are the Sandra Fluke’s and Gloria Steinem’s when it comes to a women’s right to live without being violated and treated less than animals by the men who keep them?

Germany has Angela Merkel as their advocate… well, no, not the women, the Muslim refugees. You know, those 20- 30 something military aged men which the west claims are in desperate need of refugee status. It’s amazing that the powers that be have the power to shut their borders, but instead, not only have they thrown out the welcome mat, now that the raping and pillaging have begun in earnest, these governments are turning on their own citizens.

It’s not as if there are no records of abuse toward women in the Muslim world where the west can claim ignorance. Egypt is the worst country to be a woman followed by Iraq, Saudi Arabia, Syria and Yemen. Many Islamic countries rank the worst when considering employment for women, marital abuse, rape, honor killings, stoning and sexual slavery among other practices. While Muslim women fare better in Western countries, the steady flow of ‘migrants’ from Muslim countries is bringing much of the Muslim and Arabic practices with them including their deplorable treatment of women.

One has to wonder with the indifference of western politicians and leftist organizations when it comes to Muslim practices such as FMG and sexual slavery, do they believe practices such as bacha bazi (boy play) which is the rape of young boys in Afghanistan, or child marriage of other Islamic counties is a culture thing? Now that it seems that Arabic and North African Muslims men are importing their own culture thing called taharrush gamea which is like gang raping on steroids when one considers the victims being raped or sexually assaulted in public areas by large crowds of men while others look on.

What happened in Cologne and other places this past New Years and in Sweden in 2014 and again last summer are reminiscent of what happened in Pakistan in 2007 to Chicago Tribune reporter Kim Barker who was sexually assaulted, and Egypt when CBS News correspondent Lara Logan was brutally gang raped in 2011 and when a year later British journalist Natasha Smith was sexually assaulted.

I have to wonder where are these women now and why won’t they speak out? In the past, at least with Kim Barker, she equated the experience to a tool of war, which in her view has nothing to do with Islam (sounds familiar). And yet women in Europe who are now experiencing what women in Muslim countries have experienced are not journalists in a Muslim war zone- they are in their own nations which are being turned into war zones because of Muslim men their own governments willingly imported.

What really bothers me about the relative silence from the left in general is that they still try and pass the narrative that this has nothing to do with Islam, and that we- as westerners must be sensitive to Muslims feelings. Not only are they silent about what’s happening to women and children, they are willingly being conquered by Islam while mocking and berating anyone who warns about Islam.

It’s evident across Europe when Churches are removing crosses and other Christian symbols from churches, so as to not offend Muslim migrants, and now, when it’s suggested that western women need to dress ‘less provocatively’ to avoid being gang raped in their own cities. Dress less provocatively- Seriously? Since when? Liberalism has been the bastion of sexuality for decades. It’s seen in entertainment, advertising and education. How long will it be that instead of bra burning, they start telling women to don the burka?

They’re also being led by Islamic groups who complain about backlash against Muslims because of Islamic terrorism and crime, and worse, defend their criminal behavior by blaming host countries for taking too long to process Muslim refugees.

As we’ve heard from the Obama administration’s Attorney General after the San Bernardino attack, and from mostly Democrat ‘representatives’ who crafted a hate crime bill in which someone could be criminally charged if a Muslim ‘feels’ verbally or emotionally abused, the same has been done in Europe for years.

As Europe continues to bow to Islam and allow more refugees into their countries, the U.S. and Canada are willfully trotting down the same road. As we accept more Muslims into our country, it makes sense to think that liberals will not only continue to ignore or cover up brutal sexual attacks, but blame women for it as American women will be the next victims of the Muslim war on women.