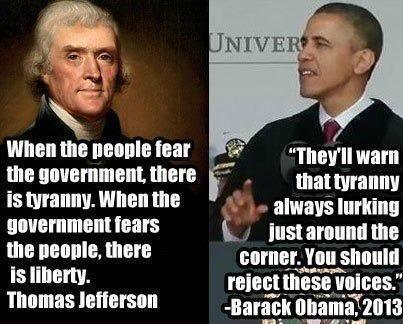 Let’s face it. The ESSA bill and the Omnibus bill were both a giant middle finger from our new Republican Speaker Ryan to the people of America who expect Congress to at least have read the Constitution. The idea that Congress would pass a 1000+ spending bill without reading it, much less understand it, and consider whether or not it has the consent of the people is ludicrous.

The meaning of a “Republic” briefly is this: That form of government in which the administration of affairs is open to all the citizens. A political unit or “state,” independent of its form of government. The word republic, derived from the Latin res publica, or “public thing,” refers to a form of government where the citizens conduct their affairs for their own benefit rather than for the benefit of a ruler.

It is an absolute moral dilemma for someone who is pro-life to pay taxes knowing full well that those dollars, which are taken by force and not choice (theft) are used to support an industry which not only murders the most innocent among us, but also harvests their body parts for profit. To take that concept a step further, hardly any law that is passed is done so to protect the inalienable rights of its citizens, or by their consent.

Did the people consent to Obamacare? No.

Did the people consent to redefining marriage? No.

Did the people consent to open borders? No.

Did the people consent to a national education system? No.

Did the people consent to having our data collected and every conversation traceable? No.

Did the people consent to automatic withdrawal of our taxes? No.

Our federal government has become exactly what our forefathers fought against. The Constitution is no more than a historical document. It most certainly is no longer the law of the land.

The following is from MichaelMaharrey.com. Michael Maharrey serves as the national communications director for the Tenth Amendment Center. Michael’s article entitled, ‘America Embraces Tyranny It Fought to Reject’, describes how our government has become the very thing we fought against. We must face the truth if we are ever to throw off those that intend to completely destroy the Union of our States. We must honestly define the flaws in our thinking and be willing to take action based on the truth.

Americans fought a long, bloody war to free themselves from a tyrannical government, only to eventually embrace the very system they struggled to throw off.That may seem like a stinging indictment, but careful examination of U.S. governance today reveals that it rests on essentially the same philosophical foundation as the 18th century British system Americans rejected.

The founding generation developed a brand new conception of government, resting it on the consent of the governed and the idea that governing institutions must operate within constitutional constraints. Today, we still see the vestiges of those founding ideals in political rhetoric and popular conscience, but the U.S. government long ago threw off constitutional fetters and now functions much like the English system Americans fought to free themselves from.

In Rights of Man, Thomas Paine captured the essence of American constitutionalism that evolved during the Revolution, characterizing the Pennsylvania constitution as “a political bible.”

Nothing was more common when any debate rose on the principles of a bill, or on the extent of any species of authority, then for members to take the printed Constitution out of their pocket, and read the chapter with which such matter in debate was connected.”

In America, law was king and constitutions stood as the supreme law of the land.

It wasn’t that the British system lacked a constitution, but the English conception of its place in the political order was vastly different than the one that evolved in the American states.

In American thought, constitutions remained above governments. They limited the action of every governmental branch, and political systems were subject to words of their constitutions. In short, constitutions stood as the supreme law of the land, and the entire system of government flowed out of them.

The Supremacy Clause in the U.S. Constitution captures the essence of American constitutional thought.

In the British system, the people were not sovereign – Parliament was. In essence, the government itself enjoyed supremacy. As historian Gordon S. Wood put it in the Creation of the American Republic, any limits on Parliament were strictly theoretical – even moral and natural law restrictions. Constitutional and legal limits only bound lawmakers as far as lawmakers were willing to be bound.

For the Englishman, there was no distinction between the “constitution or frame of government” and the “system of laws.” They were the same. Every act of Parliament was, in essence, part of the constitution. Wood quotes Blackstone to make this point.

The English constitution therefore could not be any sort of fundamental law. Most eighteenth-century writers…could not conceive of the constitution as anything anterior and superior to the government and ordinary law, but rather regarded itself, as ‘that assemblage of laws, customs and institutions which form the general system; according to which the several powers of the state are distributed, and their respective rights are secured to the different members of the community.’ The English constitution was not, as the Americans eventually came to see with condescension, committed to parchment.” [Emphasis original]

Wood makes the implications of this system crystal clear, writing, “All law customary and statutory was thus constitutional.”

In a nutshell, the 18th century British system the Americans went to war to free themselves from rested on a living, breathing constitution. The government itself defined and enforced whatever limits it might have. Essentially, it was unlimited in power and authority.

As American political thought evolved, the English systems became absurd. Political power was conceived as limited, first by principle, and second by the will of the people as expressed through written constitutions.

The founding generation believed equity – justice according to natural law or right – bound and limited all political power. Government served a limited purpose, as Thomas Jefferson put it in the Declaration of Independence, “to secure these rights,” life, liberty and property. It followed that the people establishing government retained the right and authority to maintain it within those limits. Government was not supreme; it was merely an agent of the people. Written constitutions served a limiting purpose. They provide the “political bible” Paine referred to, specifically circumscribing the scope of governmental power. As Paine put it:

Within this philosophical framework, a sovereign government institution such as Parliament is fundamentally tyrannical.

Even a casual look at American governance today reveals a system having much more in common with the 18th century British model than the one the founding generation forged nearly 250 years ago. America operates under a “living breathing” constitution with the U.S. Supreme Court taking on the role of sovereign.

In 1776, the British Parliament acted with absolute sovereign authority. Today, the federal government rules with that same kind of unlimited power. The federal government determines the extent of its own authority through the Supreme Court. Any limits on Congress or the president are merely theoretical, constrained only by the whims of five out of nine politically connected lawyers. Every opinion of the Supreme Court becomes “part of the fabric of the Constitution.”

Even though the founders committed the U.S. Constitution to parchment, judges, politicians and academics have morphed the meaning of words and changed the character of the “supreme law of the land” into something that the framers and ratifiers would scarcely recognize.

Americans won the Revolution, but they squandered the fruits of victory in a quest for government solutions to every problem. Instead of a limited government committed to protecting basic rights – life liberty and property – we have an institution that attempts to control every aspect of our lives.

We have become what our forefathers sought to destroy.”