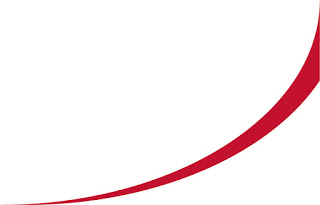 A report by the Tony Blair Faith Foundation found that the Syrian rebels were mostly Islamic Jihadists and that even if ISIS were defeated there were 15 other groups sharing its worldview that were ready to take its place.

And that’s just in Syria.

The official ISIS story, the one that we read in the newspapers, watch on television and hear on the radio, is that it’s a unique group whose brand of extremism is so extreme that there is no comparing it to anything else. ISIS has nothing to do with Islam. Or with anything else. It’s a complete aberration.

Except for the 15 other Jihadist groups ready to step into its shoes in just one country.

ISIS is at the extreme end of the scale, not because it tortures, kills and rapes, but because it implemented the Caliphate immediately. The atrocities for which ISIS has become known are typical of a functioning Caliphate. The execution of Muslims who do not submit to the Caliph, the ethnic cleansing and sexual slavery of non-Muslims are not aberrations. They are normal behavior for a Caliphate.

The last Caliphate, the Ottoman Empire, was selling non-Muslim girls as sex slaves after the invention of the telephone. A New York Times report from 1886 documented the sale of girls as young as twelve, one of them with “light hazel eyes, black eyebrows and long yellow hair”. An earlier report from the London Post described Turks, “sending their blacks to market, in order to make room for a newly-purchased white girl”. This behavior is not a temporary aberration, but dates back to Mohammed’s men raping and enslaving non-Muslim women and young girls as a reward for fighting to spread Islam.

The ISIS behaviors that we find so shocking were widely practiced in even the most civilized parts of the Muslim world around the time that the Statue of Liberty was being dedicated in New York City.

To Muslims, the end of slavery is one of the humiliations that they had to endure because of the loss of the Caliphate. Europeans forced an end to the slave trade. The British made the Turks give up their slaves. The United States made the Saudis give up their slaves in the 1960s. (Unofficially they still exist.) When the Muslim Brotherhood took over Egypt, its Islamist constitution dropped a ban on slavery.

But whether you take the long road along the Caliphate curve or the short one it still ends up in the same place. Everyone on the Caliphate curve agrees that the world, including the United States, must be ruled by Muslims under Islamic law and that freedom and equal rights for all must come to an end.

ISIS is just doing right now what the Muslim Brotherhood would take a hundred years to accomplish.

We are not at war with ISIS. We are at war with everyone on the Caliphate curve. Not because we choose to be, but because like Hitler’s Thousand Year Reich or Communism’s vision of one world under the red flag, the Caliphate is a plan for imposing a totalitarian system on us to deprive us of our rights.

The Nazis and the Communists had a vision for the world. So do the Islamic Supremacists who advocate the restoration of the Caliphate. All three groups occasionally played the victim of our foreign policy, but they were not responding to us, they were trying to bring about their positive vision of an ideal society.

Nazi, Communist and Islamist societies just happen to be living nightmares for the rest of us.

ISIS is in some ways our least dangerous enemy. We haven’t defeated ISIS, because we haven’t even tried. Instead Obama fights a war in which 75 percent of strikes on ISIS are blocked and leaflets are dropped 45 minutes before a strike on oil tankers warning ISIS to flee. If we were to fight ISIS by the same rules as our wars in the last century, the Islamic State would have been crushed long ago.

A insta-Caliphate like ISIS isn’t hard to beat. The global networks of Al Qaeda employing more conventional terror tactics are a trickier force because they are embedded within the stream of Muslim migration. And the Muslim Brotherhood is the trickiest of them all because it is so deeply embedded within Muslim populations in the West that it represents and controls those populations.

This is where the Caliphate curve truly reaches its most terrifying potential.

The original Islamic expansionism was so devastating not because it managed to seize control over the hinterlands of Arabia, but because it conquered and subjugated civilized cities such as Alexandria, Constantinople, Jerusalem, Athens and Delhi. ISIS envisions repeating these conquests and more, but if it succeeds it will not be because of its military strategy, but because it targets have been colonized.

We can destroy ISIS tomorrow, but we will still be in an extended war with a hundred other groups who all have a vision for restoring the Caliphate. This war will never end until we crush their supremacist agenda by demonstrating that we will never again allow such a horror to exist on this earth. As long as Muslim groups hold out hope for a restoration of the Caliphate this war, in its various forms, will go on.

We are not at war with an organization, but with the idea that Muslims are superior to non-Muslims and are endowed by Allah with the right to rule over them, to rob them, to rape them and enslave them. ISIS is the most naked expression of this idea. But it’s an idea that everyone on the Caliphate curve accepts.

Until we defeat this racist idea, new Islamic groups will constantly keep arising animated by this vision. Wars fueled by supremacist beliefs have historically only ended when the illusion of superiority was destroyed by utterly defeating and humiliating the attackers. It worked with Japan and Nazi Germany.

Our war now will not end until we destroy the supremacist faith in the Caliphate curve.

Man Portrayed in "The Blindside" Is Heading to Super Bowl 50