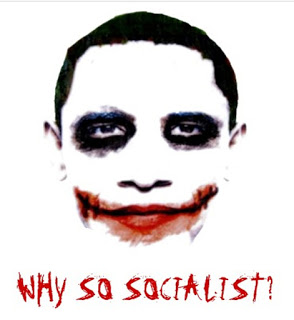 Your classic troll was an amoral sociopath or played one on the internet. His only cause was his own amusement. He advocated horrible and contradictory causes because it amused him to infuriate people. If he could get an entire group howling for his blood, he won. If an outraged media reported on his antics, he was a prince among trolls. Chaos and absurdity were his only agendas.

But eventually the trolls who did it for the “Lulz” gave way to the “Moralfags” sincere trolls who  were sincerely terrible people. They had the same style as trolls, but there was nothing to deconstruct there. Trolling was just how they advocated for their agenda. It was like the difference between Andy Kaufman and David Letterman. When you actually have an agenda and a program, your surreal deconstruction isn’t deconstructing anything. It’s just a stylistic choice, it’s how you present your agenda.

It’s the difference between Dadaists dumping a kitchen sink in a fashionable art gallery and a fashionable retailer selling art prints of that kitchen sink a hundred years later. Deconstruction becomes fashion. The subversive becomes stylistic. The troll turns sincere.

Today the sincere troll is everywhere. There was a time when Anonymous was a name associated with random acts of trolling, many of them nasty and malicious. Then it became trolling for a cause. It stopped being subversive or chaotic and just became another tool of political intimidation.

The sincere trolls really took off on television where Jon Stewart and Stephen Colbert made it big. Stewart pretended to be subverting the news, when he was just stylistically updating it. That was what made mainstream news personalities love him, rather than hate him. Stewart wasn’t really at war with the news media. He was teaching them how to make their left-wing biases hip.

Obama is the highest profile sincere troll, but the only real joke in his routines is that the most powerful man in the world is acting as if his trolling is subversive, when it actually is one of the ways that he maintains his power. Like Putin’s global political trolling, the latest being his move to welcome Jews to move back to Russia, trolling is just a more brazen form of propaganda.

But trolling with an agenda is not everywhere. The old style chaotic trolls, like Joshua Goldberg, who pretended to be everything from a social justice warrior to an ISIS terrorist, are a dying breed. The new troll is just an extra-obnoxious political activist who wears Jon Stewart’s clown nose while attacking people for political reasons. It can be amusing, but mainly to those who agree.

In substance, the new troll is really no different than a belligerent talk show host. The style is edgier and trendier. The aim is to disrupt narratives and then construct new ones in their place. And that’s where the old trolls, who were concerned with disruption as an end rather that a means, differ from the new trolls who adopted disruption as a means for spreading their message.

Trolling is arguably the new politics. And you don’t have to be young to play the game. Trump is great at it. But when presidents and billionaires, the RNC and the DNC, do something, it’s not subversive anymore. It’s the new language of power. Trolling is how we communicate now. And sincere trolling isn’t deconstructing or subverting, it’s just a total breakdown in civility.

A total breakdown in civility can be refreshing. It’s why watching Trump can be fun. But what it really means is that discourse is now the YouTube comments section even at the highest levels.

What happens when disruption becomes the norm? Then it’s no longer disruption. It’s just a breakdown into factions that spend all their time mocking each other. Sincere trolling removes most of the self-awareness of the classic troll, the new trolls no longer understand that they’re trolling because trolling is just how they communicate now. Trolling becomes the default humor and political commentary. There are no standards and no true sincerity and therefore no one to actually troll.

Sincere trolls are living out a joke that isn’t funny and has no actual punchline. They have retained the old troll’s sense of false superiority by provoking other people, but when everyone is trolling, then eventually there is no one left to provoke. The sense of superiority is no longer at actually provoking people, but at the expectation that they would be provoked or that they should be provoked.

The end results of that are hubs of insanity like Salon where every headline reads like something a deranged troll might come up with, but it’s all sincere, and it’s all written to provoke people who aren’t reading it, but instead outrages liberals who do read it, so that the site is effectively trolling its own readers. And that’s what sincere trolls really end up doing. Instead of trolling their enemies, they end up unintentionally trolling their own side by making it crazier.

It’s one reason why Colbert had to leave, because he was increasingly being targeted by social justice warriors who didn’t get the joke, didn’t like jokes and just wanted to skip straight to the lynchings. And so the sincere trolling comes full circle to a point where trolling has become so sincere that it’s just hate. The ironic posture is discarded, the distancing goes away, and there’s just anger.

The classic troll filtered his anger through humor and detachment. The sincere troll loses the detachment and eventually the humor leaving behind only the contempt and then the anger.

Trolling was always about contempt. Sincere trolling becomes a collective contempt agenda. In other words, propaganda. But even contempt contains a measure of detachment. Eventually even that measure of detachment erodes and all the filters between agenda and rage vanish. The sincere troll tells himself this is idealism. And yet what makes the sincere troll seem so hip is the distancing self-awareness, the dashes of self-mockery mixed in with the collective contempt agenda. But this is only a pose and politics eventually kills all poses. Political power kills poses even faster.

Contempt is based on either cynicism or idealism. In politics, it’s fashionable to base contempt for the other side on idealism. When contempt becomes based purely on cynicism, then the rot has really set in. And yet trolling is contempt based on cynicism. The very need to mask that self-righteous anger which makes political activists look like Howard Dean yelling or a bearded Al Gore preaching, is itself a cynical act. Sincere trolling is cynicism in the service of idealism. But it ends as neither.

Cynicism is at least pragmatic. Idealism isn’t. Cynicism in the service of idealism is too self-deluded to be properly cynical. Instead it’s just idealism gone rotten. It stinks of the limited pragmatism of power in which the vile means become the self-righteous ends into which the left, like all totalitarian ideologies, eventually falls.

Obama doesn’t believe anything he says. You can understand what he believes only based on what he does. Everything he says is only a cover for what he really wants to do. This is cynicism in the service of idealism. Obama offered the country a false idealism in the service of his true idealism. Given enough doses of this dichotomy and you end up with Putin, a man who believes in nothing, because he is the product of a wholly cynical idealistic system where the only smart people were those who believed in absolutely nothing, while appearing to be completely sincere.

At the final stage of the sincere troll is a KGB or Gestapo thug working people over for the greater good. And when that’s done, he no longer believes in anything at all except the exercise of power.

The left found a new method of discourse with sincere trolling. Its renewed sincerity was based on the distancing effect of its new style. It did not have any new beliefs. It only had a new style. But the style’s self-conscious cynicism lapsed into a worldview that was unthinkingly cynical. Constant trolling for idealistic reasons created a cynical idealism, a limited idealism contained within a larger cynical worldview maintained as a defense mechanism against outside ideas and internal dissent.

Another name for this mindset is fanaticism. The fanatic hoards his idealism by shielding it with an unacknowledged cynicism. This is how cults program a constant contempt for the rest of the world. Underneath the ironic stylings of the new discourse was a narrow-minded fanaticism, around the core of sincerity was a thick shell of dishonesty, the idealism was strategically dependent on cynicism.

Instead of true self-awareness, there was only a pose of self-awareness, a carefully calculated contempt dispensed for idealistic reasons whose idealism derived from a cynicism that had to be concealed from the sincere troll’s awareness. This mental house of cards was fragile. It doled out lies based on truth based on lies. It was so rotten with its own distortions that it could only destroy.

This is now the mindset of our media, especially its younger apparatchiks. It is increasingly the tenor of our politics. As everything becomes politicized, it takes on the sincerely insincere taint of politics in which evil must constantly be done for the greater good. Total politicization means total insincerity which requires new forms of discourse that maintain the illusion of sincerity by acknowledging the insincerity. And so the sincere troll becomes the political model with just enough acknowledgement of his own insincerity to appear sincere, just enough cynicism to appear idealistic, just enough lies to appear to be a truthteller.