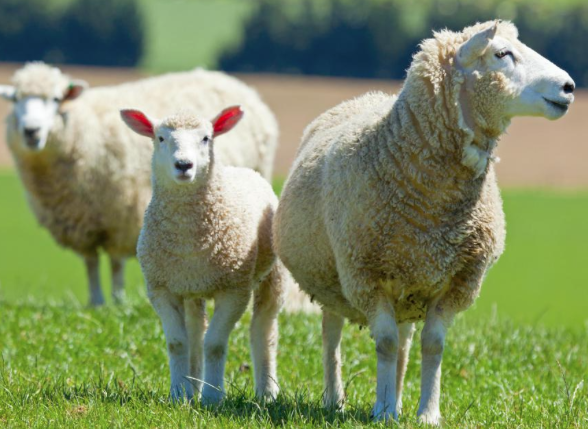 Demand for certified halal foods conforming to Muslim standards increases as the Muslim population expands in a nation. The American Muslim population in 2015 was estimated to be around 3.3 million or 1% of our population as cited by Pew Research.

According to a Breitbart News report, more than a quarter of a million Muslim migrants are admitted each year. President Obama plans to add 10,000 more Syrian migrants as well. This past December, Paul Ryan’s House passed the omnibus bringing in nearly 300,000 Muslim migrants in the next 12 months, including around 170,000 who will be permanently resettled within the country.

The controversy surrounding religious slaughter of animals for halal certification is a concern for many Americans. While some certifying organizations may appear more humane than others, the criteria always involves the animal remaining conscious as it bleeds out, requiring it to die on its own.

Summary of conditions for Halal slaughter:

Islamic law requires that animals intended for human consumption be slain in a certain manner. [Some] conditions for Halal slaughter can be summarized as follows:

Customary and Desirable Practices When Slaughtering:

Most slaughtering of animals in the UK, meeting the halal certification criteria, require the use of electrical stunning (EU research from 2006 indicated that 75% of cattle, 93% of sheep and 100% of chickens slaughtered in the UK for halal meat were stunned) before their throats are slit, however it has not been proven that the stunning stifles the terror or pain of dying.

Not all halal slaughter complies with the certification criteria listed above. Australia’s live export to Egypt’s investigation revealed terrified animals striving to escape after the slitting of their throats as evidenced by this very graphic and heartbreaking video at: http://www.banliveexport.com/egypt

Our Judeo-Christian culture has core values of mercy and compassion toward animal care as well as the slaughtering methods used in the food industry.

The Bible teaches to take care of animals and that the manner in which we do is a sign of a righteous man.

Proverbs 12:10 (KJ 2000) A righteous man regards the life of his animal: but the tender mercies of the wicked are cruel

Exodus 23:4 (KJ 2000) If you meet your enemy’s ox or his donkey going astray, you shall surely bring it back to him again.

Leviticus 22:27-28 (KJ 2000) When a bullock, or a sheep, or a goat, is born, then it shall be seven days with the mother; and from the eighth day and thereafter it shall be accepted for an offering made by fire unto the LORD.

Psalm 36:6 (KJ 2000) Your righteousness is like the great mountains; your judgments are a great deep: O LORD, you preserve man and beast.

The Book of Daniel says he was given revelation not only of King Nebuchadnezzar’s forgotten dream and its interpretation of the division of the Eastern and Western empires in A.D. 364, but also foretells of a last-day political mingling between in a ten-kingdom European United States of dictatorships (iron) and democracies (clay). The amplified Bible notes in Daniel 2:43b “but will not hold together [for two such elements or ideologies can never harmonize], even as iron does not mingle itself with clay.”

Islam’s ideology is not compatible with our Judeo-Christian culture. The two cannot coexist.

Man Portrayed in "The Blindside" Is Heading to Super Bowl 50