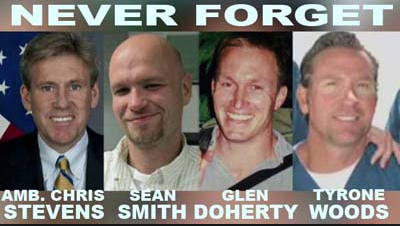 When you get right down to it, there really aren’t that many things that government should do. It shouldn’t interfere with private enterprise through excessive regulations and onerous bureaucratic requirements, it shouldn’t stifle people’s ability and sacred right to take care of themselves by creating a nanny state, and it shouldn’t infringe on anyone’s freedoms – such as freedom of religion, freedom of conscience, and the freedom to do business as one sees fit. All of these things, when the government tries to do them, end up leading to higher taxes and less liberty and reduced security. It’s a lose-lose, and most Americans understand that.

But there are a few things for which we do need government. Our federal highway system has been a tremendous blessing, for one, and modest taxes for its construction and maintenance are well spent. There are numerous other examples, too, like public education for our children. But by far the most important thing the government does, and it’s greatest and most necessary responsibility to we, the people, is to protect us. Whether it’s with out courageous police at home or heroic military abroad, that, more than anything, is why the government is there in the first place. You could even argue that everything else is incidental, since there is no nation without safety for the people who live here.

This is what makes the scandal in Benghazi, when Americans at a Middle Eastern embassy were killed by terrorists, so outrageous. When government fails, it is usually because it is trying to do something it ought not be doing at all, but in this case it could not keep Americans safe. It is the duty of our American government to protect its citizens, but our government knew and allowed politics to get in the way. The people at the Benghazi embassy knew there was trouble.  They repeatedly advised the State Department in the United States that they needed additional security, and then-Secretary of State Hillary Clinton ignored their pleas for help, again and again. They were left to fend for themselves, to face danger and terrorist threats without the aid of their government, and ultimately, they paid the price and were left there to die. Today the State Department still lies – the truth is they died with honor and no one should ever have been left behind.

Benghazi was no secret before, but now the new movie “13 Hours: The Secret Soldiers of Benghazi” will ensure that this disaster is first and foremost in the minds of the American people at a crucial time. We are in an election year, and people should know as much about the candidates as possible: especially which ones have already proven themselves unable to protect the people.  13 Hours is not political. It doesn’t talk about Hillary Clinton or the Obama administration, nor does it weigh their role in what happened. It doesn’t have to. We, the American people, know whose job it was to protect that embassy, and through this story we are reminded who failed.

This is why the coming election later this year is so crucial. We truly are at a turning point in our history. The outgoing administration has already done tremendous damage to this nation, but now the Democrats look set to nominate a woman who is under investigation and may very well be found to be a criminal – and not, distressingly enough, just because of Benghazi. The United States of America is in real danger of falling under the leadership of a person who has betrayed US soldiers and let them die. We simply cannot afford, not materially and not morally, to tolerate four years of another Clinton administration.

Benghazi was a rare opportunity for our Country to prove herself ready for the next Commander in Chief. That’s a privilege most contenders don’t get before taking office. Hillary Clinton did, and she failed predictably. To elect her as our president would, frankly, be a disgrace to the memory of the people who died in Benghazi.

Is Trump's Campaign Brilliant or Insane?