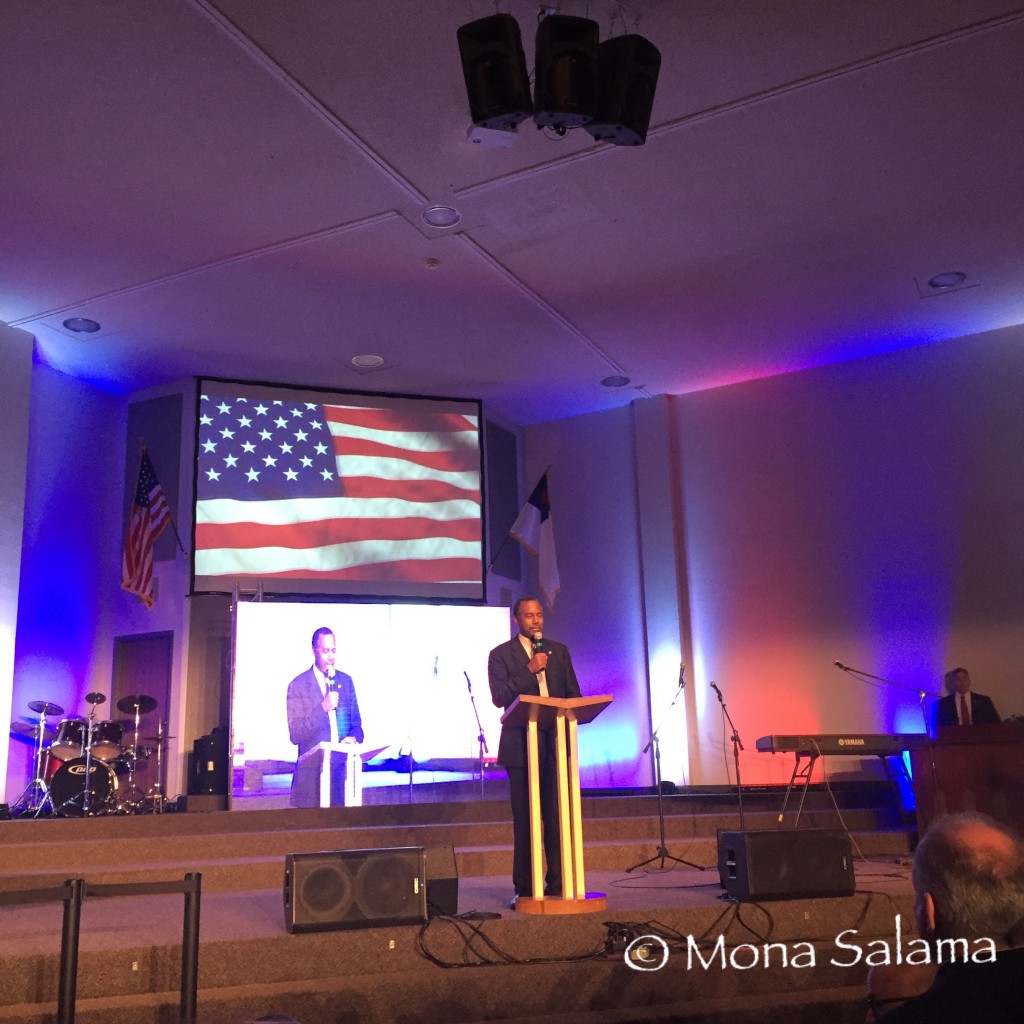 A week before the Iowa caucuses, Dr. Ben Carson is shifting his campaign events from normal political campaigning to a religious focus as means to boost his standing with evangelical voters.

On Tuesday night, the former pediatric neurosurgeon led one of his “Revive714” worship services in Des Moines, where he spoke of his own faith and the importance to him. “This event is a pause from normal campaigning,” Carson said. “It is to put the focus where it should be, on what God can do for America.”

“Revive714 is a prayer worship experience aimed at sparking a passion for prayer that our nation so desperately needs,” Carson campaign said describing the Revive714 events. “America needs the healing touch of God that can only come from a national revival. God’s word tells us in 2 Chronicles 7:14 that when we humble ourselves and seek the face of God, God promises healing.”

Speaking to over 300 worshipers at the Heritage Assembly of God in Des Moines, IA, Carson spoke of his captivating life story to illustrate his relationship to faith and God. Carson life story mixed deeply with his faith has definitely impressed evangelicals throughout the campaign trail in Iowa. Returning to his former campaign blueprint that once placed him to the top of the polls, Carson told his tale of growing up poor in Detroit, his violent temper during his teenage years that ultimately led Carson to become a world-renowned neurosurgeon.

“Joseph Stalin once said of America you have to erode their pillars of strength and they will crumble from within,” Carson said. “Those things that Stalin described are their spiritual life, their patriotism and their morality and did you not notice that those are the very things that are under attack and have been for a few decades in our society?” Carson would add it is the responsibility of the faith community to stand up now to oppose the decline occurring in our society.

During a press avail with reporters after the event, Carson dismissed the two lost endorsements when asked by PolitiChicks if he was worried the endorsement could hurt his chances to win Iowa. “The only endorsement I am looking for is the endorsement of we the people,” Carson told PolitiChicks. “I suspect the day after the Iowa caucuses, there will be some very surprised commentators.”

Carson said he expects to do quite well in the Iowa caucuses. “I think people will actually start thinking seriously about the implications of their vote and maybe not vote so much on an emotional basis as on a rational basis,” he said.