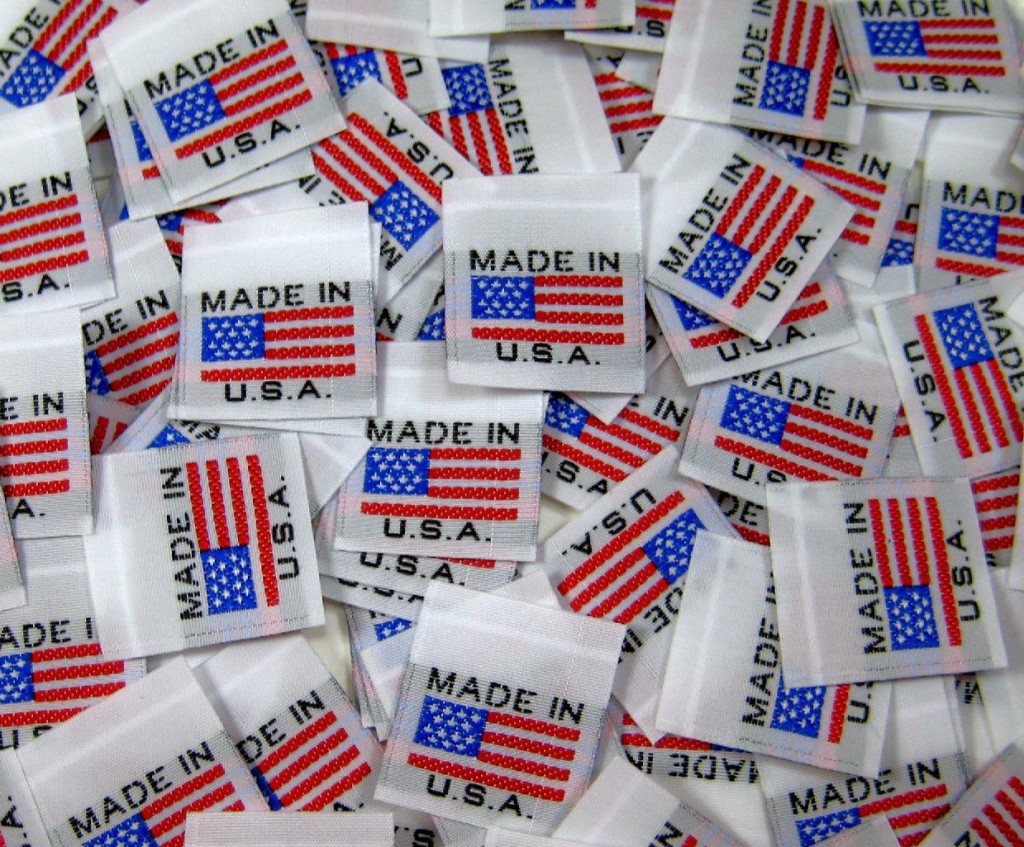 Well, of course! If you are going to buy an American flag, shouldn’t it be Made in America? That really seems like a no-brainer, and yet it is going to require an act of Congress… No, even more powerful, an act of state legislatures to require that any public money spent on American flags be Made in America. I would even prefer Oklahoma flags made in Oklahoma as a matter of principle, but maybe next year.

Somewhere in time, we have lost who we are. Most of all, we have accepted that cheap stuff and poor quality is okay because too many want everything yesterday and the easy way. Let’s resurrect a little pride in good old, American made, nothing but the best quality products.

We have forgotten that it is our own ingenuity, our own creativity, our own grit and elbow grease that the American Dream is based on. Hard work is good and honorable. We say that we are against slavery, but we are buying merchandise built and manufactured by slaves. We say that we require decent pay, but businesses manipulate Congress and bureaucracies to look the other way while coyotes and traffickers and cartel pour through open borders, so people can come here illegally just to have businesses underpay them. Does that not insult you as an American? Well, it should. It is time for States to stand up to this nonsense and take the bull by the horns.

I love this bill. It’s one of those “Of Course!” bills that once would have been filed under “Common Sense”, but now it needs to be required by law. Thank you, OK Representative Ken Walker! I have a feeling this one will sail through the Oklahoma House and Senate. Preceded by Florida, and hopefully this will be taken up in one state after another and another. It might be a good time to start a flag manufacturing business in Oklahoma. Maybe this will catch on and states will renew other manufacturing businesses in remembrance of the good old U.S.A!

OKLAHOMA CITY, OK – American flags purchased with public money would have to be manufactured in the United States with American products, according to legislation filed Tuesday by an Oklahoma state lawmaker.

State Rep. Ken Walker said that the American flag is an important symbol that men have paid the ultimate price for and should come from American soil.

Walker said similar legislation was enacted in Florida. Currently, as more manufacturing jobs go overseas, many products are increasingly created oversees. The idea for the Florida bill stemmed from a high school student, he said.

“Even to a young person, the idea that an American flag might be made overseas seems absurd,” Walker said. “It certainly seems that way to those of us who have served.”