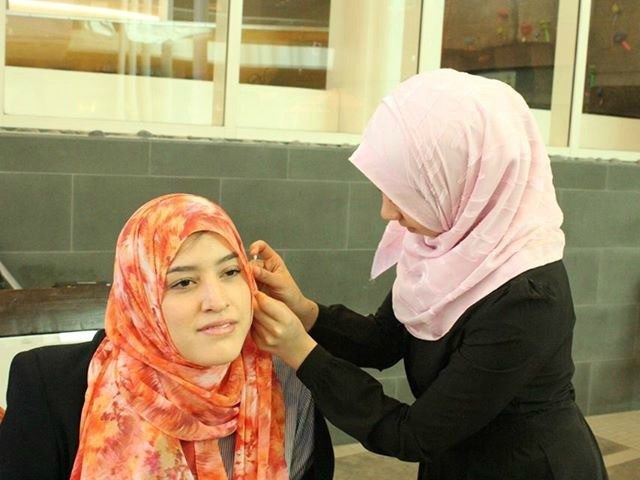 Last week an event called ‘Walk a Mile in Her Hijab’ was held at The Vernon Hills High School, organized by a 10-member Muslim Student Association in Vernon Hills, Illinois.

Seventeen girls participated in this event which was supposed to “denounce negative stereotypes.”

President of the student club, Yasmeen Abdallah, said they hope to have the event annually.

According to Abdallah, “You can’t really understand or judge a person and their beliefs until you understand why they do it and what it’s like for them to do what they’re doing,”

Teachers and students were encouraged to ask about the hijab if they came across a student wearing one.

In all fairness and equality, next week the Catholic Student Association will host a similar event called “Walk a Mile in Her Habit”. Oh, wait, no, that’s just a dream. We don’t do equality here in the United States anymore when it comes to Christians. My bad.

See, talking about nuns and their required “uniform” and the reasoning behind why they wear it would be bringing religion into school. Asking people to learn about Christianity and perform religious rituals would be against the law. And, frankly, it’s just not fair to the 10 Muslims at the school.

It reminds me of a 15 year old girl here in Oregon who is in choir and is asking the school district to remove the religious songs from their holiday repertoire. Why? It’s offensive to her precious little self. And the suggestion made to her about just not participating in those songs when they’re sung was also offensive. It is just not fair to her to have to miss out because 1 out of every 10 songs or so may damage her sensibilities.

That makes me wonder if she’d participate in the Catholic nun day. I’m guessing not. But it’s delicate flowers like these who would jump at the chance to wear a hijab. I would put money on that.

The only reason that might be acceptable for a high school girl to “walk a mile in her hijab” to generate more understanding is if they were raising awareness about the abuse that happens like forced marriages, honor based attacks and complete submission to men. Not to mention shari’a law.

Walk a mile in her hijab, indeed. I would participate. And I would be munching on bacon all day long.

Glenn Beck Calls Donald Trump a Demagogue - But Is He?