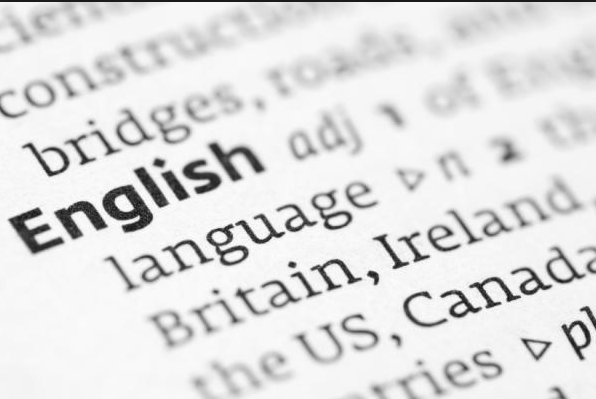 According to a recently conducted public survey, over 20% of American households do not speak English at home. The other day, I had a Verizon technician over and he asked me about my accent – so I asked him about his. Although he was born in this country (both his parents were “illegal immigrants,” he proudly told me) he did not learn to speak English until the age of 6 when he went to school. At home, they still speak Spanish, even today.

20% is staggering but it might be even more. Why? Is it because people are naturally lazy and prefer the easiest way to communicate? Is it because the young want to be respectful of the old? Language carries with it cultural ties and background which the old generation may not want the youth to forget…

I began to learn English deep in the communist block where English was a prohibited “capitalist language.” There were no textbooks, radio, television in English. There was no internet… My father gave me a four volume book from World War II he himself had used to learn English. Sometimes, I would walk outside with earplugs in my ears, trying to eliminate the language I did not want to speak: the language of the communists. I admired and craved everything American. An empty bottle of CocaCola I found on a beach in Yugoslavia was the Symbol of Life, Liberty and Happiness to me!

I certainly know what it feels like to live in a non-English speaking environment trying to learn the language you love. It is incomprehensible to me that people anywhere could have such a lukewarm attitude to the language of the country which has adopted them and provided them and their families with a new home – and what a home it is!

Language is an indelible part of our Being. Being without language is impossible. Language makes us grow, love, conquer, overcome, reconcile and die in peace. We even dream in a certain language. At an attorneys’ meeting, I was recently asked if I dreamt in English. You know what? Even if I did not, I would never ever admit it. What do you think, I looked at the man, I am as American as you (I thought) perhaps even more, because I had to fight for it, struggle, achieve it and deserve it – and I know what it feels like not to be one. To me, it felt like not even being human…

The New Left Universal Grammarian Noam Chomsky would reply that language is an abstraction and that English is not any better or any worse than some other language. No wonder Chomsky is one of the pillars of political correctness and the “totality of tolerance” it imposes upon us… What would my response be?

First, I do not use an “abstraction” to make my mark on the world! The more concrete the language I use, the better our communication will be. If my students ask me what I meant, I have to repeat what I said in a more concrete fashion, which is more understandable. It is not the fault of the people that they do not understand what the President allegedly means, purports or intends…

The approach of the left is different: the more smudged the meaning, the better – because it can contain all the “minorities.” To “wipe it clean – like with a cloth” is what they do with our language! Yet, for all the enclosure and enveloping generosity, such a language is being eviscerated of the culture it represents – to the point that, much like its proponents, it will soon contain all-and-nothing in one. I grew up in Doublespeak myself, so I know the process – and the consequences.

Second, the English language is better because it represents the most advanced nations in the world: the United States of America, Great Britain, Canada, Australia and a host of others where our culture and faith took root. It is the most genial language with a rigid grammatical structure, which is absolutely logical and easy to grasp. We do not have three verbs to be, like the Spanish do, our verb has a logical position in the sentence – subject-verb-object-adverbial – unlike, for instance, German (where one needs to read till the very end to ascertain the meaning, as the verb is the last word in the sentence), and I’d rather not go into comparisons to such messy languages as Arabic or Chinese. Why on Earth would our students be encouraged to study Chinese?! It is a complete waste of time! It will take a Chinese person of average intelligence one tenth of the time to learn basic English. Moreover, time spent learning a language is very much wasted if we are not going to use it.

Finally, our language is not only a measure of our national identity, but it is also a part of our inner selves. It is virtually impossible to forget or “get rid of” the language we were taught as children. People often ask if the Syrian refugees or other immigrants want to assimilate. From my personal experience: it takes not just 100% of the will, but also inner desire for the new country and its culture, self-identity with the people and rejection of everything old. That is very hard to achieve and takes many years.

I am not afraid for English though. English is the richest, most widespread language in the world and English-teaching profession is a trillion dollar industry on which even many non-native English speakers thrive. No other language has the same ability assimilate foreign terms and expressions, to “anglicize” them and assimilate. This also suggests to me that no other country has the ability to assimilate as many cultures and foreign nationals than the largest English-speaking country in the world, the United States of America – provided that they want to be assimilated and that we insist on their assimilation.

Why would you not want to speak English at home? If I lived in Mexico, I would definitely want to learn as much as I could about the culture, language and people. I would not sit at home like a pumpkin but go out, sign up for extra evening classes, pay a private tutor (if I could) to come to my home. Hearing the news about people not speaking English at home, I wonder whether there is not some internal resistance to English in them because of the culture it represents – our, American culture?! English is being relegated to some technical function, communicative need of the lowest common denominator. These new immigrants will never learn the beauty of our language and culture if they do not read Huck Finn and Henry James, if they are taught to despise our Founding Fathers, and instead of Shakespeare, Milton, Pope and Dryden study asinine feminist poetry and post-modern multicultural babble and blather.

Instead of learning English and absorbing our culture, people watch the news in Vietnamese, Chinese, Korean, Spanish… They speak with accents and demand translators at official meetings, in court, at depositions, etc. This costs money and time. I have lately had trouble understanding people on the phone – the accents are so poor they literally show lack of regard for the English language and our culture. They simply learn the absolute minimum necessary to get a job – and sometimes not even that! The English language is becoming shorn of the culture it represents. The fear that many Americans express by the Tea Party Motto “Take our country back!” is fully justifiable, caused by the lack of respect for our culture and our system of government. It is thus a rational fear, which can never be called “prejudice.”

20% means that approximately 70 million people (who call themselves Americans!) do not speak English at home, which means they live in a different cultural environment, indifferent to our culture, language, history and values. They are “AINOs” – Americans in Name Only – and, probably, not even that if many of them treasure their original names (e.g. Jorge Ramos, various Muhammads Salamis etc.). Why would I want to be called something like “Chlebnickova” and correct people each time they pronounce it?! Everyone is given the option to “Americanize” their name at the Naturalization ceremony. I suppose that in itself should weed the chaff from the grain.

So our country is divided by this linguistic and cultural totality of tolerance into completely separate, not very tolerant segments that care little for whether we stand united as long as they can stand on their cultural roots and no-one touches their property. Yes, they are also “SINOs” Socialists in Name Only, because: “What I have is none of your business, what you have belongs to me and let’s spread your wealth!” There were many “mottoes” and sayings like these where I was growing up. You see, Doublespeak is Doublethink is Doubledo. Example: Mrs. Clinton. It is not lying exactly what she does – it is Doublethink: when I “think for you” it’s different from when I think for/of myself.

As you must be rather depressed by now, let me conclude by saying that America stands on extremely strong roots: our republican system of government with its checks and balances is the best in the world and will not give in – provided that the quality of our core does not diminish and we do not let the totality of tolerance take away our Constitution and our Bill of Rights. Ultimately, the quality of the nation boils down to the quality of the individual. As our language is what makes or breaks us, we must insist on everyone speaking proper, polite English. Being polite and being politically correct is not the same thing, as we all know. Let’s not get schlonged by schlemiels who would like to see our hands and feet tied by our tongues. We are a Judeo-Christian nation with strong Protestant ethics. If you don’t like it, go back to where they speak YOUR language!

American Taxpayers Sold Down the River By Republican Dominated House

Are Democrats Throwing the Game for a Poisoned Presidency?