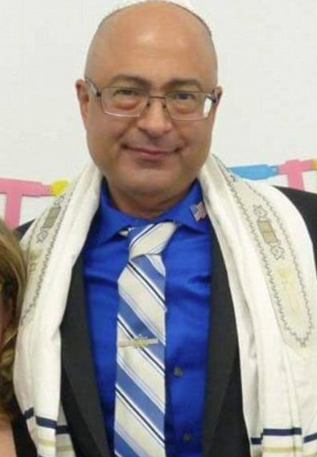 As the news of the terrorist attack in San Bernardino developed, I was became concerned with the amount of ammunition that law enforcement authorities found in the killer’s apartment. Despite Farook and Malik having over 1500 rounds with them when they were killed, they had left over 3,000 rounds and twelve pipe bombs behind. That’s close to 5,000 rounds of ammo. The newsreaders are telling you one thing, but the tactical mind understands that this cache was likely gathered for a reason, for a bigger operation involving several gunmen.

Now more information is filtering out. After reconstructing Farook’s crushed cell phone, they have found photos of a nearby high school. Why was he taking those photos?

Do you remember the Breslan school siege in North Ossettia? 1,100 people were taken hostage, including over 700 children. Almost 400 were killed in this attack by the terrorists.

Of course, that couldn’t happen here. Could it?

The photos of the high school were the only ones divulged by the authorities. Were more on the phone?

So, if a bigger attack was short-circuited to the attack in San Bernardino, what caused the change?

After study, I believe that Nicholas Thalasinos, who was killed in the San Bernardino attack, played a big part. Nicholas displayed his Jewish religion in a proud manner. He wore a Star of David tie clasp and the traditional Jewish tassels; a display that may be cute to some people, but in-your-face to others. Thalasinos and Farook had discussions about Islam. Some people say that Thalasinos argued with Farook at the party, then Farook left.

He later returned to the party wage his terrorism.

Was a fit of pique responsible for a sudden, unplanned attack? Did a personal target suddenly mean more to Farook than the long term mission? We don’t know. But we are left with a lot of evidence that points to the distinct possibility that something bigger was planned.

Nicholas Thalasinos was an active, opinionated man who stood up for his beliefs. From what we can put together, it is likely his spirited presence changed some evil plans from a large operation to a smaller attack. If so, we owe this man a debt of gratitude – and a promise of vigilance. Thalasinos’ actions have given us a warning of bigger things to come. Some of us will prepare while our liberal cult and their teleprompter reader call for more gun restrictions. Whose side are they on?

Daniel Greenfield: Migration is the Greatest Threat to National Security

The Matter of Gun Rights...For Leftists