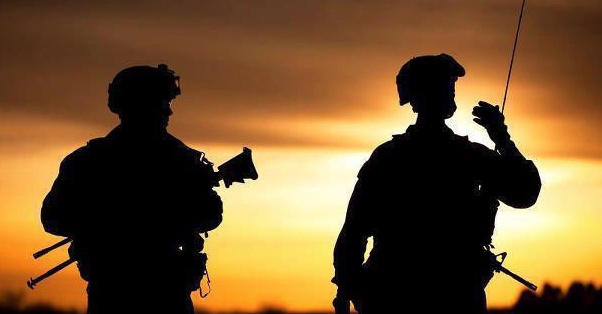 “As Commander-in-Chief, I will never hesitate to defend this nation, but I will only send our troops into harm’s way with a clear mission and a sacred commitment to give them the equipment they need in battle and the care and benefits they deserve when they come home. I will end this war in Iraq responsibly, and finish the fight against al Qaeda and the Taliban in Afghanistan. I will rebuild our military to meet future conflicts. But I will also renew the tough, direct diplomacy that can prevent Iran from obtaining nuclear weapons and curb Russian aggression. I will build new partnerships to defeat the threats of the 21st century: terrorism and nuclear proliferation; poverty and genocide; climate change and disease. And I will restore our moral standing, so that America is once again that last, best hope for all who are called to the cause of freedom, who long for lives of peace, and who yearn for a better future.”~Obama Speech at 2008 Democratic National Convention Aug 27, 2008

I’ve been sitting here for the past 45 minutes looking at the words of Obama’s speech, thinking about so much over the past 7 years.

For all the tough talk, for all the photo ops, all the football spiking, lectures, apologies, politics, apathy, obfuscating, slogans, rhetoric, containing and decimating….

Does anyone care anymore that our nation is in the deepest distress and that those who defend us are being more decimated than the enemy? Does anyone at all care that because Obama kept his campaign promises and we have a government who looks the other way if they’re not granting him everything he uses his pen and phone to demand, our best are being over extended and wasted?

We recently lost 6 more heroes in Afghanistan from Taliban forces. Add them to those wounded and killed ever since Obama ended his ‘responsibly’ for the wars. I guess we can watch as some talking head in a suit in Washington at the latest news presser offer to mourn for the families of these fine young men while reminding us that the enemies are just JV teams, on the run and contained.

It’s Christmas. Six more families will be mourning their losses while Obama goes on his vacation.

I’ve been sitting here looking again at this page for another half hour wondering why even bother. No one wants to hear more tragic news at Christmas. There are football games, celebrities to watch, parties to attend, presents to get, food to prepare, stockings to stuff and trips to go on.

What can I possibly type now what I haven’t typed over the past 3 years that might make people care now?

I don’t know any of those who died this time, but my heart still hurts for those who loved them, or worked and fought with and cared about them. It hurts when friends have more funerals to go to, or miss, when our nation is busy playing on iPads, tweeting celebrity news, and worshiping reality TV stars. It hurts because we’ve lost so many since Obama declared this war over. It hurts that people saw the writing on the wall and in articles like these which were ignored by the main stream media that withdrawals from Iraq and Afghanistan that Obama promised would do nothing but leave those our troops have fought and died for and who trusted us, open to more oppression, torture and death- and that leaving a handful of our best… could not do anything but make them targets.

It’s Christmas, so no one cares. But then again, they didn’t care when Master Sgt. Joshua Wheeler was killed in October in Iraq while he and his team were rescuing Iraqi hostages from ISIS. They didn’t care when the Taliban killed a US Special Forces member and injured several others in Kabul in August.

Obama declared the war was brought to a responsible end as he promised. He’s released terrorists from Gitmo in order to keep his other campaign promise to close the base. It seems though that no one told the Islamic terrorist jihadists that the war is over because they’re in it for the long haul. By Obama’s wasting precious resources which include the best of our best, he has promised and reneged about boots on the ground and has for the past 7 years aided our enemies during war time. No one seems to care about that either.

Did I offend anyone by this rant? Good, because I’m offended every time a soldier dies and no one cares. Or when our troops come home to a ‘war weary’ nation which hasn’t given or sacrificed a damned thing to help or encourage them when they were deployed and don’t care about them when they come home. It’s disgraceful that while our politicians and Fruit Salad bedecked Military Generals make decisions to send a handful of troops into hell holes infested with Islamic jihadists and expect them to do what? Train those who for the past ages have hated our guts and would like nothing more than destroy us?

It’d be about time someone was offended.

It’s Christmas. Be merry, Peace on Earth and Good will to men. Go have fun, celebrate and have a vacation. Our troops care and are paying the price so we don’t have to.