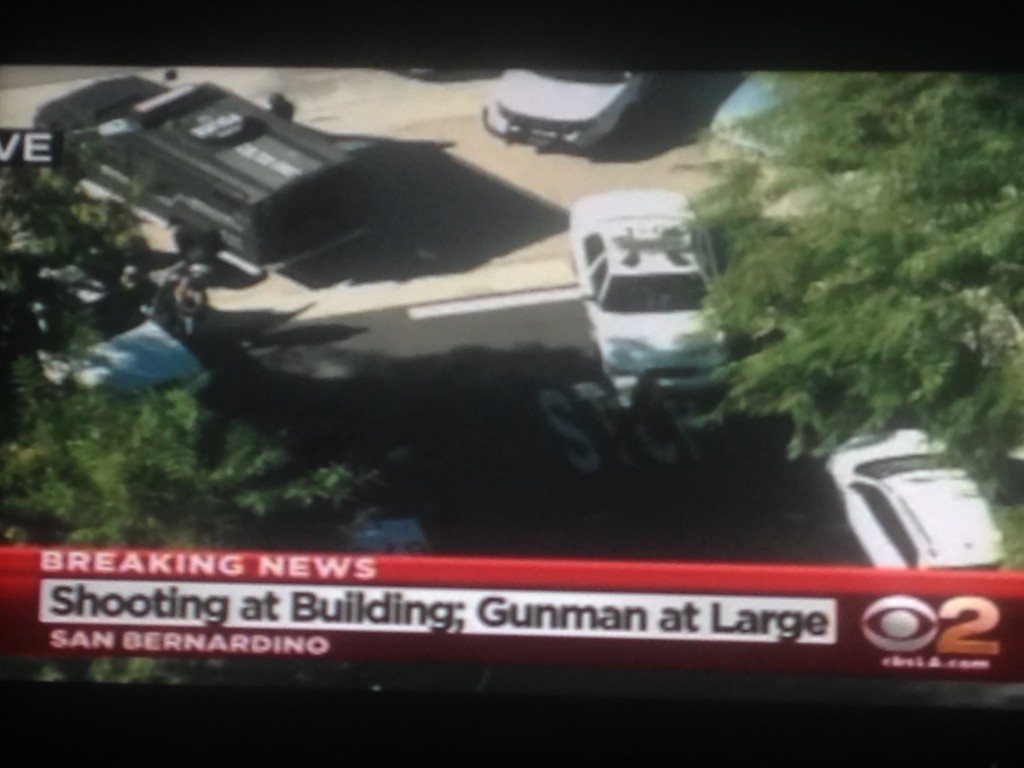 Yesterday, the mass shooting that took place in San Bernardino was all the media talked about. And rightfully so.

When I found out about the shooting, I was 30 minutes away with my boss for a client meeting. While having lunch, she received a phone call from son’s teacher saying they were asking parents to pick up the kids as a safety precaution. We had no idea that the shooting was as extreme – or serious – as it turned out to be.

We raced around the Inland Empire and took different freeways to avoid the chaos. Eventually, we made it back to the office, where her kids were safe and sound.

Throughout the rest of the day, we had the San Bernardino police scanner and local news on. The police chase moved east, closer to our office. Around 4:30pm, we heard one officer say they were off the freeway ramp right across the street from our office.

Yesterday, I tweeted what I heard on the police scanner – “an Arabic female” was on the loose. Initially, I was called a Xenophobe and an Islamophobe.

As things continue to unfold and the police/FBI release more information, it’s getting harder and harder for the left to stick with their narrative that this was radical Islam.

President Obama has used this massacre as a platform to call for gun control, even if he did so in the subtlest of ways.

Why whenever these tragedies happen, do people flock to gun control? California is one of the strictest – if not the strictest – on guns, yet this still happened. How would placing stricter gun laws impact criminals? They don’t follow the law anyways! If they did, they wouldn’t be criminals, or in this case, terrorists.

When the left talks about stricter gun control, they’re making the assumption that all people follow laws, that all people value life in the same way. The fact is, that’s not the case.

Using tragedies like the one that took place in my backyard as a means of pushing a policy debate is an insult to all of us who live in the area. Let the people of San Bernardino and the surrounding communities grieve. Let the community heal before we start talking policy debate.

Daniel Greenfield: Syrians are a Terror Threat, Here are the Numbers