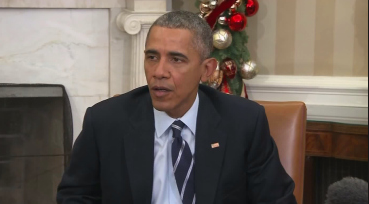 San Bernardino County Board of Supervisor Curt Hagman has called upon President Obama to meet with those who were wounded in the December 2nd attacks in San Bernardino, as well as the first responders who assisted. As it stands, Obama is scheduled to meet with the families of the 14 who were killed during the shooting at the Inland Regional Center. According to Hagman, that’s unacceptable and should include everyone who was affected.

“Wounded members of the San Bernardino County family and the first responders who saved them from further harm also deserve the President’s time,” Hagman said in a release. “This is an opportunity for unity and healing at the highest level and I call upon President Obama to be more inclusive with his meeting.”

If the President decides to meet with the wounded and the first responders, Hagman’s office is more than willing to help coordinate transportation arrangements.

“Our police and sheriff’s personnel did an incredible job of putting their lives on the line for all of us…President Obama should take this opportunity to express the gratitude of the American people to these heroes face to face,” Hagman explained.

Supervisor Hagman’s request is part of a greater ask: for Obama to spend time to San Bernardino and not just stop for a short meeting.

Mandatory Preschool Getting Closer With "Every Student Succeeds Act"