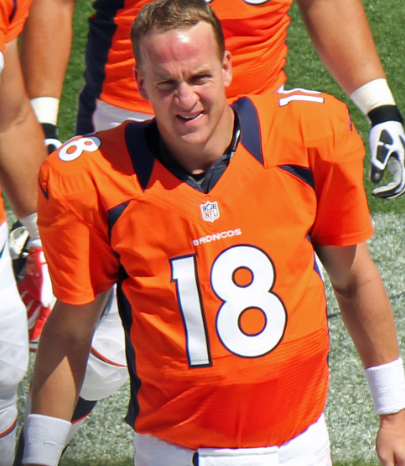 Al Jazeera’s reporter Deborah Davies reaffirmed the allegation that growth hormone was being sent to Peyton Manning’s wife in Florida. Apparently, the recanting “source” – aptly called “Sly” – was credible after all… Middle Eastern journalistic “culture” has reached our continent.

“The only allegation in the program from Charlie Sly is that growth hormone was sent repeatedly from Guyer (Institute) to Ashley Manning in Florida,” Davies said. “We’re not making the allegation against Peyton Manning.” Of course, denying what you are saying while actually saying it is a typical example of Doublespeak, something we know only too well from socialist populists.

At law, implying something by saying something else is called “slander by innuendo.” Although politicians seem to be exempt from any and all forms of malpractice today, every journalist must verify credibility of their sources. We have had the occasion to witness the undesirable ripple effect of wrongful allegations in some rape college cases lately. “Journalistic malpractice” is simple negligence, no different from having a drunk or unskilled plumber cause a flood in your house.

Further, one should not be afraid to reveal to his or her physician the use of any substances which may affect proposed treatment, including drugs. We have seen what personal uncertainty and insecurity any leak of such personal information may cause when the news came about Obamacare website having been hacked and personal data stolen. Unfortunately, physician-patient privilege has not yet been included in the Federal Rules of Evidence. Nonetheless, every state has some form of physician-patient privilege in force.

As a professional athlete, I have often been amazed what prejudice and misunderstanding circulates in public with regard to “prohibited substances.” WADA is actually considering prohibiting coffee as we speak. As the repercussions would be from the multi-million dollar industry (CocaCola, boost and sports drinks, etc.), such a ban is unlikely.

WADA Prohibited List is 10 pages long and extensive enough, updated each year, and it is every athlete’s personal responsibility to review it and know it. Nonetheless, many of the substances and methods of doping prohibited by WADA are commonly used in everyday medical care. Steroids are routinely administered after traumatic injuries, to cancer patients, patients with pituitary malfunctions, postmenopausal women… Hardly a day passes without a “Low-T Therapy” commercial on T.V.! I have recently, been taken aback by a 60+year-old colleague of mine who confided in me that he felt “like born again!” He was “undergoing an ‘HG-T treatment’ called an ‘anti-aging therapy’,” he whispered into my ear. “You should try it! My wife and I can’t praise it highly enough!”

How would this colleague of mine look at a professional athlete on such “therapy?” One out of a million has the stamina, resolve and will, but also the luck and chance, to participate in the Olympics or be on the NFL as a pro. All athletes suffer dozens of injuries, some more serious than others, and cannot “afford” to just nod to any “shot” by any doctor. As a professional athlete, I had to “keep my nose clean” – literally – I could not even use the prescription nose drops when I had a cold, because the drops contained a precursor of Ephedrine.

Is your lower back sore? Did you pull your shoulder ligaments? You can go to any doctor for a Corticosteroid shot. Not Peyton Manning. Legitimate use of prescription medication may be tolerated by WADA and USADA, but – who would want to run the risk? Subsequent legal expenses and IOC haggling may cost you your career. No wonder Peyton Manning is up in arms against Al Jazeera.

Daniel Greenfield: Duma and the Return of the King