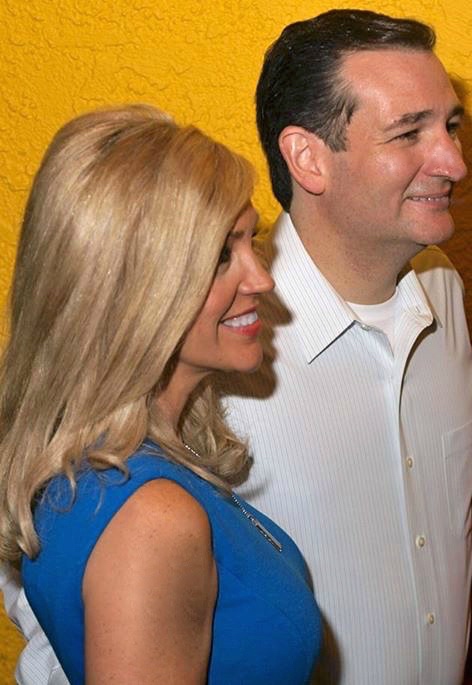 Last year I was a panelist at the National Security Summit in Washington. Frank Gaffney was the moderator and our topic was based on a poll that showed the #1 issue for Americans today is national security. Not too long ago, people were most concerned about providing for their families, having food to eat, and being able to send their children to college. Today, Americans are worried that there could be a terrorist attack in their towns and cities.

My personal fears were put to rest this August when I heard Senator Ted Cruz speak at the Nessah Synagogue in Beverly Hills, California. Nessah was established in 1980 for Persian Jews who had escaped the 1979 Iranian Revolution and Sen. Cruz was speaking out against Obama’s Iranian nuclear deal. As Iranian Jews, the Nessah congregation understood the importance of this more than most ever could.

When introducing Sen. Cruz, Rabbi Schmalzy Boteach talked about how Cruz has often risked his career by taking the “roads less popular” and commended him for continuously speaking out for “the people” instead of the D.C. crowd.

Senator Cruz began by expressing his love and respect for Israel. He talked about the difficulties in sometimes having to stand alone when others were afraid to get involved, and the firestorm he has endured as a result (from both Democrats and Republicans). But despite everything, he said he would continue to shine the “burning light of truth” and stand strong for American ideals. Throughout his speech, Cruz received multiple standing ovations, and at the end the congregation burst out in a spontaneous abd joyous Hebrew song.  It was truly a brilliant experience, and ended with Rabbi Boteach urging congregants to be united in speaking out and courageous in spreading the truth. That is exactly what I have personally tried to devote my entire life to doing–and the only person I would feel completely safe leading our country is Senator Ted Cruz.

The days of “going along to get along” are over for every one of us.  Perhaps like never before in American history, we need fearless leaders who clearly understand the very real threat of Islamic terrorism—as well as the meaning of “peace through strength”. Senator Ted Cruz is precisely that person and the type of leader we need to survive.

I’m in very good company. Some of my favorite conservatives have either endorsed Sen. Cruz or speak very highly of him including Steve Deace, Mark Levin, Rush Limbaugh, and conservative Iowa Congressman Steve King who said, “I believe Ted Cruz is the candidate that’s the answer to my prayers…a candidate whom God will use to restore the soul of America.”

.@SenTedCruz and I just spoke for 40 minutes by phone about our love of this country. This man is the real deal. I’m all in! #TedCruz#tcot

An article that helped inspire me to “come out” for Cruz was written by my South Carolina PolitiChick, Sonya Sasser: “Why Ted Cruz is the Right Guy at the Right Time”.  And for anyone who doubts his eligibility, read THIS from PJ Media.

I need to emphasize that I am endorsing Sen. Cruz as an individual, not through my website PolitiChicks.com. I have writers across the U.S. who have their own favorites and I will continue to publish articles and opinion pieces about all of the candidates.

Author note:  Adding this one regarding TPP: http://www.breitbart.com/big-government/2015/11/12/ted-cruz-no-circumstances-tpp-voted-lame-duck-session/

Has the TEA Party Been Assimilated Into the Borg?