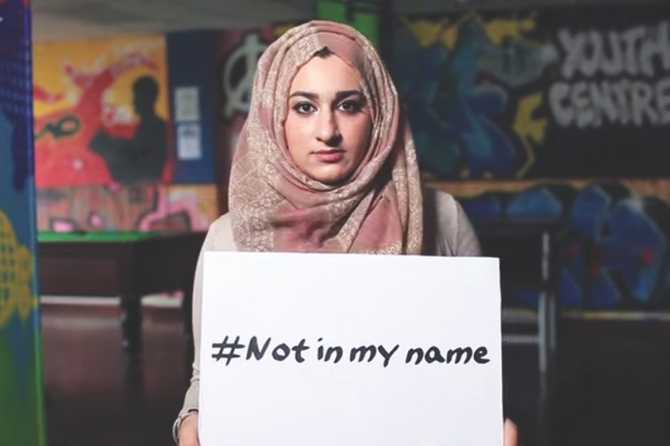 President Obama told CNN’s Fareed Zakaria that 99.9 percent of Muslims are peace-loving and reject jihadist Islam. This is a common statement by many of the so-called “moderate Muslims” in my country of origin, Egypt. That statement is incorrect in many ways, and is designed to confuse Americans and save face of Muslims and their defenders.

It is hard to believe that President Obama believes what he says about Islam, because the day Osama bin Laden was killed was a day of mourning all over the Muslim world. When Obama realized that, he had bin Laden’s body buried at sea so the Muslim world could not erect a monument in Mecca for him. So why is Obama so passionate about telling us how wonderful Islam is? What does he mean by defending Islam as moderate and peaceful?

It defies logic that only 0.1% percent of Muslims are causing all this never-ending worldwide havoc, and unspeakable mayhem, torture, burning and beheading of hundreds of thousands of people around the world. If they are only 0.1% of the Muslim population, how come the brutal Islamic legal system is unable to round the jihadists up and behead them in the infamous public squares of Saudi Arabia? How come moderate Muslims, the 99.9%, are unable to explain away their passivity with jihadists while those jihadists are brutalizing, honor killing and terrorizing apostates?

How many jihadists have been declared apostates by Saudi Arabia? How many were beheaded in the Saudi or Iranian public squares? Why has the “moderate” largest Islamic university in the world, Al Azhar, never issued a fatwa of death against ISIS fighters and anyone who joins ISIS? They issue fatwas of death on apostates and women who have sex outside of marriage all the time, so how come none against those jihadists who supposedly ruined Islam’s reputation and caused the world to fear Muslims?

How come President Obama did not demand just that from Al Azhar or from Saudi Arabia, to prove to the anxious American people that the 99.9% of Muslims are on our side?

Obama claims to have the support of a coalition of moderate Muslim governments to fight ISIS. But we see no Muslim armies moving to Syria to rid the world of the 0.1% Muslim jihadists in ISIS. In fact, the real reason why Muslim leaders are not waging war on ISIS, even though they are capable of doing so, is because at least half of the Muslim army will defect and join ISIS. Those nice moderate Muslim armies do not want to violate Sharia law and destroy the newly declared Caliphate, which is at the center of Islam’s religious goals.

There is no doubt that some Leftist Western leaders, who constantly defend Islam, also do not want to go down in history as the ones who destroyed the Caliphate. The war against ISIS is obviously a defensive one, but somehow Islamic history will eventually portray it as an invasion by the West, the same way Muslims today have twisted the mission of the Crusades to portray them as an aggression, when in fact they were a reaction to Islamic terrorism at the time.

If jihadists and terrorists were only 0.1%, we would not have the worldwide Islamic terrorism of today. The number of the criminal population in most societies, Western and non-Western, is certainly more than 0.1%, and most societies, especially in the West, are perfectly capable of controlling their criminal population, and are capable in creating law and order and safety and security for their own citizens.

How come the 0.1% of radical Muslims is capable of causing millions of Muslim refugees, and how come rich Arab countries are not taking care of them?

Survey after survey keeps confirming our fears that the majority of Muslims are for killing apostates. A majority supports Sharia and believes in jihad as a main requirement and obligation for Muslims. Muslim citizens keep electing Islamist groups such as Hamas and the Muslim Brotherhood to power. The majority of the commandments of Islamic holy books command Muslims to kill, terrorize, humiliate and subjugate non-Muslims. Over 64% of the Quran is obsessed with non-members of the religion.

Now let us examine the so-called “moderate” Muslims in the West, who keep accusing jihadists of being un-Islamic, and insist, “not in the name of my religion,” or “they do not speak for Islam.” But what they fail to tell America is that many of the so-called Muslim reformers in America are considered apostates throughout the Muslim world.

Even the eloquent and well-intentioned Dr. Zuhdi Jasser is considered an apostate in many parts of the Muslim world and the Arab media. I once saw an Arabic-language article written about him, Walid Phares, Walid Shoebat and me. The headline of the article says in Arabic: “Four Arab Americans were accused of leading a media campaign to promote hatred of Muslims in America.” The article stated that 42 million dollars were allocated to these four Arab Americans to promote this hatred. The article said it got this information from “Fear Inc.: The Roots Of The Islamophobia Network In America” — which is a Leftist propaganda piece defaming foes of terror.

Such an article is not unusual. The Arab media is full of similar articles, so as to encourage fatwas against the four people mentioned in the article and any other critics of Islam, simply because we speak the truth about Islam and express our love for America.

Nonie Darwish is an Egyptian-American human rights activist and critic of Islam, and founder of Arabs for Israel, and is Director of Former Muslims United. She is the author of three books: Now They Call Me Infidel; Why I Renounced Jihad for America, Israel and the War on Terror, Cruel and Usual Punishment: The Terrifying Global Implications of Islamic Law, and The Devil We Don't Know: The Dark Side of Revolutions in the Middle East . Darwish's speech topics cover human rights, with emphasis on women's rights and minority rights in the Middle East. Born in Egypt, Darwish is the daughter of an Egyptian Army lieutenant general, who was called a "shahid" by the Egyptian president Gamal Abdel Nasser,[3] after being killed in a targeted killing by the Israeli Defense Forces in 1956. Darwish blames "the Middle Eastern Islamic culture and the propaganda of hatred taught to children from birth" for his death. In 1978, she moved with her husband to the United States, and converted to Christianity there. In the aftermath of the September 11, 2001 attacks, she has written on Islam-related topics.