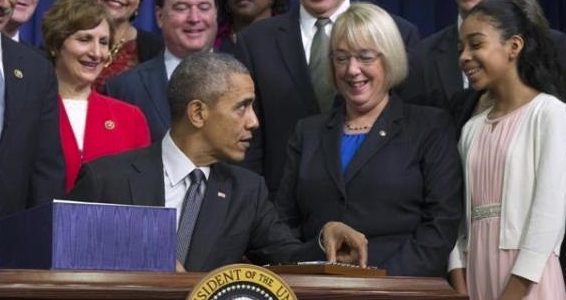 Lately I have an overwhelming feeling of de ja vu. It happens to be extremely disconcerting and it means that things that were predicted about education reform are happening now.

For some reason, in my mind, I was hoping that I would never see the reforms; that they would take place in a far off future, or at least far enough down the road that I wouldn’t remember writing about them in the first place.

Senator Patty Murray, WA, ranking member on the U.S. Senate Committee on Health, Education, Labor and Pensions, sums it up in her remarks on the Senate Floor:

“The Every Student Succeeds Act will mark the first time that the nation’s primary elementary and secondary education law includes dedicated funding to make sure kids start kindergarten, ready to learn. It does that by establishing a competitive grant program for states that propose to improve, coordination, quality, and access to early child education for kids from low-income and disadvantaged families. These grants will help states like Washington build on the progress it has already made to improve quality and increase access to high-quality preschool programs.”

Part of the disaster that was just passed and signed into law by Barack Obama entitled the Every Student Succeeds Act, is early childhood education. Members of congress who voted on the law like to tout its bi-partisan support.

It isn’t mandatory, yet, that children attend preschool. It’s just a “competitive grant program” being offered to the states who will obviously choose children’s wellbeing over money. Said nobody who knows a thing about Common Core and its carrot/stick approach to the reform.

Unfortunately this is putting us just one step closer to mandatory preschool. And with ESSA basically cementing the fact that education will no longer be about actual transmission of facts and will be about social emotional learning and guiding attitudes, behaviors, and beliefs it will be best to get these kiddos into the nearest indoctrination center by 3 years old.

Remember, if legislators brag about something being bi-partisan, it just means we’re being attacked by both sides of the aisle.