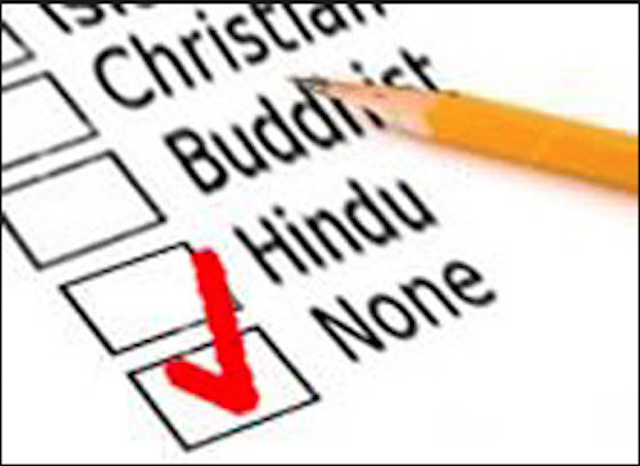 Across all cultures from the beginning of history we find evidence of humankind acknowledging their belief in a perceived god or gods. Our quest to explain the intricate and delicate balance of the earth and the universe, in fact our very existence, instinctually draws us to conclude the existence of a higher intelligence. As Cicero wrote in On the Nature of the Gods “… for since it is the constant and universal opinion of mankind, independent of education, custom, or law, that there are Gods, it must necessarily follow that this knowledge is implanted in our minds, or, rather, innate in us. That opinion respecting which there is a general agreement in universal nature must infallibly be true; therefore it must be allowed that there are Gods; for in this we have the concurrence, not only of almost all philosophers, but likewise of the ignorant and illiterate.” In The Declaration of Independence Jefferson wrote “we hold these truths to be self-evident…” We cannot deny that the Founding Fathers’ belief and reliance on God was integral in our country’s inception, and many believe in the Divine Intent or Inspiration behind our founding.

That being said, as the progressive left seeks the destruction of every vestige of America’s Judeo-Christian heritage; as the faithful are subjected to ridicule and derision; as our schools are prohibited from any mention of God and prayer is forbidden: we are seeing a rise in the radicalization of American youth through Islamic indoctrination. Our children are being drawn to a “purpose” because of the void created by attacks on the faith of their parents and grandparents that go unchallenged. Evil is opportunistic and assumes many forms to fill this void. To our children our silence signifies weakness in the face of this Evil. Progressives are taking advantage of this silence to advance their agenda to destroy our country from within. The spread of Islam is only one tool in this scheme. The same can be said about those who elevate the urgency of climate change to a religious fervor.

In our schools Christmas break has been replaced with the “Winter Holiday” while 9th grade students in Virginia are practicing Islamic calligraphy by writing in Arabic the Islamic statement of faith known as the shahada, which states, “There is no god but Allah” and girls can try wearing the oppressive hijab. President Obama and those within his administration and many in the Democrat Party will not say the words “radical Islamic terrorists” when unemotionally commenting on the increasing murders and horrific massacres in the name of Allah occurring in our country and across the world. This political correctness perceived as deference to Islam unconsciously elevates its status in some impressionable minds, as do comments we hear from our president such as his statement in an address at the United Nations in which he said, “The future must not belong to those who slander the prophet of Islam.”

An old German professor who grew up during Germany’s Weimar Republic and the rise of Hitler spoke of the “deliberate doubt” created in the population as Hitler rose to power. This deliberate doubt, or uncertainty, was at the core of the Nazi takeover of Germany. They systematically eliminated religious worship, traditions, and celebrations and replaced them with nationalism, a worship of the fatherland. It only takes the public humiliation of a few and the masses will cower in silence. As Hitler’s power grew those who spoke out against the regime were rounded up and “disappeared” further controlling the masses through intimidation and fear. In a nation when laws are applied indiscriminately and certainty ceases to exist we have despotism.

What differs today is the challenge the left faces from conservatives in our country. While Hitler encouraged nationalism in Germany to advance his power, nationalism is a deterrent to the current progressive agenda. To advance global governance they must eliminate any expression of national pride. Patriotic Americans present the greatest challenge. The creation of the European Union sought to destroy independent pride of country or nationality and united them in a regional government. In America conservatives are mocked for standing for the Constitution and the rule of law. President Obama scorned those who “cling to their guns and religion.” Who needs the Bill of Rights anymore? They say the Constitution is an old document and outdated. The main stream media repeats these slanders while the useful idiots readily parrot these sentiments.

In America our schools teach our country’s history from a globalist/communist perspective. Students are indoctrinated in divisiveness along racial, social, cultural, religious, and class lines. They are taught to embrace diversity. While other cultures may be different it may be right for them and who are we to judge? They are taught to be ashamed of their American heritage and culture and that only through economic and social justice can things be made right. President Obama’s apology tour around the world only voiced what our children have been taught for decades.

If we want to save our American Republic, we must preserve our American culture and traditions. We must speak truth to power and assert our rights, not just as Americans but as human beings. Our Constitution and the Bill of Rights are not rights bestowed on us by men or government. They are understood to be, and must be taught as, basic human rights which come from our Creator.

It is the Judeo-Christian faith upon which our country was founded that has made America the “shining city on a hill” so many people from all over the world seek to immigrate to. People yearn to come here because of the promise of freedom and self determination which we as Americans understand to be the right of every human being and what so few can realize anywhere else in the world.

If we lose our faith we will surely lose our country.

Daniel Greenfield: Trump, Dictatorship and Competing With An Illiberal Left