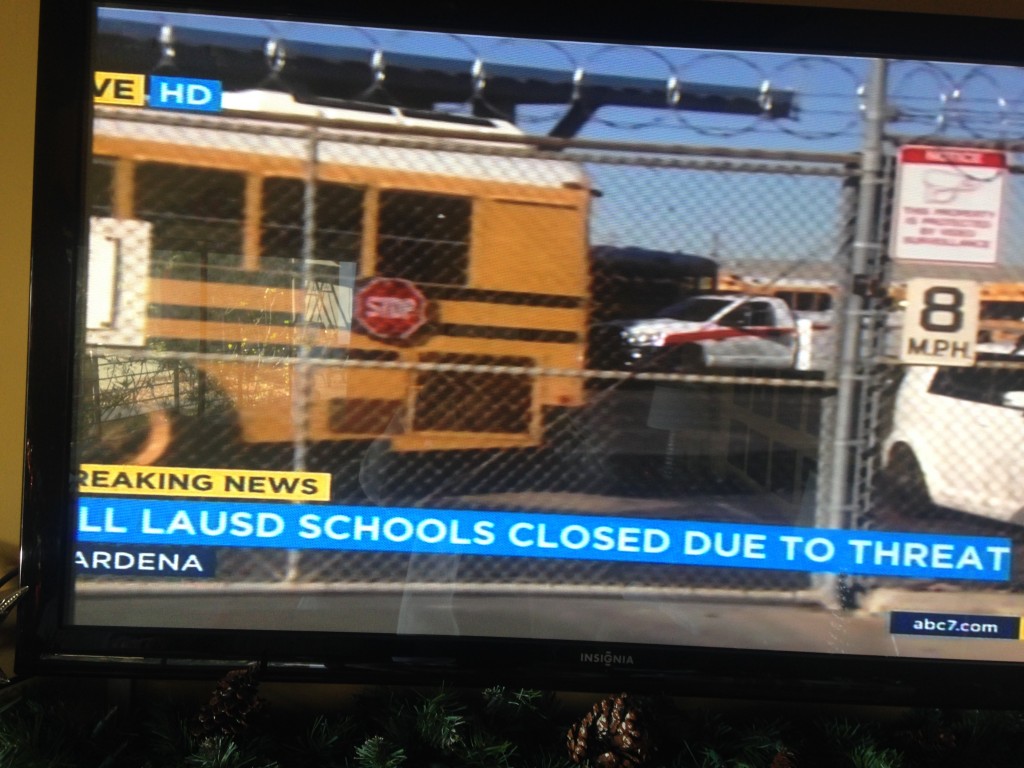 New reports say the threats toward all LA schools came from overseas.  From Fox News:

All of Los Angeles’ public schools were closed Tuesday after a school board member received a threat that described detonating a bomb in a backpack and other packages in the schools, a government official confirms to Fox News.

The threat apparently came from overseas via email late Monday, a law enforcement official told the Associated Press, speaking on condition of anonymity. Officials in Los Angeles called it a “credible terror threat.”

It was unclear which school board member received it, but the situation prompted the district to close all schools effective immediately, and order students and staff to stay away from all campuses. Police and the FBI were investigating, and the Department of Homeland Security was monitoring the situation, Fox News has learned.

Schools Superintendent Ramon Cortines said every school in the 640,000-student district would be searched. The district, the nation’s second-largest, includes more than 900 schools and 187 public charter schools. It covers Los Angeles as well as all or parts of 31 smaller municipalities and employs nearly 60,000 people.

“I, as superintendent, am not going take a chance with the students.”

Many parents received robocalls. A voice message from the LA Unified School District said: “As a result of a threat received the superintendent has directed all schools to be closed today.” Some parents also got separate calls from the schools themselves.

Cortines stressed at a morning news conference that the threat was broad, and had to be taken seriously.